Back to all race reports

Masters Drivers enjoy the drama of Daytona at the HSR Classic Daytona 24 Hour!

A number of Masters drivers took up the 24 hour challenge at Daytona last weekend! They were competing in the fifth running of the Classic 24-Hour race at Daytona International Speedway - the "World Center of Racing". The seven different Run Group winners were crowned and presented with special-edition HSR Classic Daytona 24 Hour B.R.M. Chronographes at the end of a long weekend, in chilly conditions!

In Group 3 for cars from the 2000-2018 era, David Porter, shared his 2007 Peugeot 908 HDI with Joao Barbosa and had a stunning race, scooping the overall honours in Group E1.  Jamie Constable (Pescarolo LMP1) and Travis Engen (Audi R8) finished 4th and 5th respectively in Group E1, even though both suffered failures in the last of their four races.   In the E4 group, Dave Roberts/Ray Evernham and Martin Lauber (Audi R8) took 3rd place with Charles Nearburg 4th in his 2007 Chevrolet Corvette.

The final Group F race, for modern Prototype and GT’s, saw 3 Masters Endurance Legends drivers take to the track to chase results in the F division. The rate of attrition had taken the Masters drivers in this group down from 8 starters! Robert Tornello took fastest race lap and 7th spot in the Daytona Prototype, taking him to a third place finish in F2 class.

The James Hagan/Chris Atkinson Oreca FLM09 also had a successful weekend finishing 2nd overall in the F1 class. Mike Furness / Robin Ward (Courage LC75) took third in F1 class even without participating in their 4th race after a failure in the first lap.

Despite missing some of the races, David Methley took second place in his overall in Class F2 in his 2005 Chevrolet Corvette.

You can read the full low-down of how the Masters drivers did in each stint as well as the race results by using the tabs below. 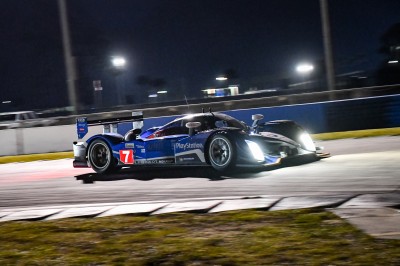 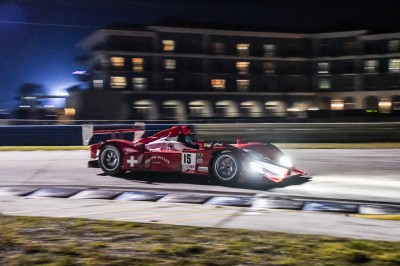 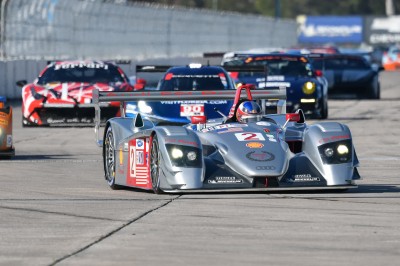 It was all to play for with David Porter a scant 22 seconds adrift of the Andy Wallace/Doug Smith Audi. Porter tasked Joao Barbosa in the Peugeot 908 with the challenge and Doug Smith settled in to defend their position.
The drag race to turn one had the Peugeot ahead but not clear, there was contact, the Peugeot 908 left rear with the Audi R8 LMP front right and it was all done for the Audi. Now Barbosa had to elude the hounds in the form of 2 Pescarolo LMPs not far behind.

For the other Masters Endurance Legends drivers, attrition was the word of the hour. Travis Engen's normally flawless Audi R8 LMP lost part a critical rear downforce support causing the loss of the entire rear wing at 170 mph! Luck and experience allowed Travis to escape unscathed from this scary equipment failure. Jamie Constable in the 2011 Pescarolo LMP was also having a good run when he lost power due to a throttle cable problem which was misdiagnosed in the heat of the moment.

The final group F race saw 3 Masters Endurance Legends drivers take to the track to chase results in the F division. This was down from 8 drivers who set out on the Classic 24 Hours. Compared with the level of calamity in the previous sessions, the final Group F race was positively serene.

Robert Tornello had fastest race lap and 7th spot in the Daytona Prototype which brought him to a third place finish in F2 class.

The James Hagan/Chris Atkinson Oreca FLM09 took 9th in race and 2nd overall in the F1 class. Mike Furness and Robin Ward took third in F1 even without participating in race 4 after a failure in the first lap.

Despite missing some of the races, David Methley took second place in his overall in F2 in his 2005 Chevrolet Corvette.