Brands Hatch’s legendary Grand Prix Circuit reverberated to the sound of some of motorsport’s most spectacular cars of yesteryear over the weekend, 22/23 August, with a packed programme of superb racing from the Masters Historic Festival.

Tyrrell 011B racer O’Connell dominated race one on Saturday afternoon with a faultless, lights-to-flag performance ahead of Steve Hartley’s McLaren MP4/1 and the Lotus 91/5 of Thornton. In race two on Sunday, Thornton got his revenge after taking the lead on lap two and he eventually won from O’Connell and Hartley.

In the one-hour Historic Sports Car race on Sunday, Gary Pearson and Alex Brundle took their Lola T70 Mk3B to a comfortable 11 second victory from the Chevron B19 of Jonathan Mitchell and the Chevron B23 of Goncalo Gomes and James Claridge.

More endurance action came courtesy of the Gentlemen Drivers, where Mike Whitaker produced an almost flawless display to win the 90-minute race in his TVR Griffith. In second were Calum Lockie and Julian Thomas in their Shelby Daytona Cobra, with John Spires and Tiff Needell taking third in their TVR.

High drama at the end of the Pre-66 Touring Car race on Saturday enabled Rob Fenn to take an unexpected victory at the wheel of his Ford Mustang. Steve Soper, sharing a Mustang with Henry Mann, looked set to win but a late incident – caused by a sticking throttle – led to an excursion and red flags.

In the revised classification, taken back a lap, Fenn was the winner ahead of the Lotus Cortina of Ollie Taylor with Geoffrey and Alan Letts rounding out the overall podium in third. The pole-starting Lotus Cortina of Michael Cullen and Andrew Jordan had to retire midway through shortly after Jordan had climbed behind the wheel.

Two absolutely terrific Pre-66 Mini encounters provided tremendous entertainment on Sunday afternoon. Jeff Smith won the opener, having made a rocket-ship start to storm from fifth to second and then overturn pole qualifier Tom Bell. In a lonely third was Ian Curley.

In race two, Joe Ferguson – driving the Austin Mini Cooper S which Bell had piloted earlier – emerged victorious after a titanic battle with Smith. Trading the lead several times, Ferguson ultimately did enough to win by 0.6 seconds. Nick Swift took third place after making a decisive pass on Curley on the final lap. 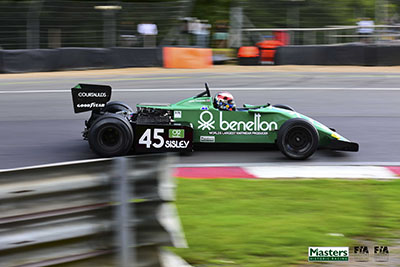 Masters Historic Formula One - Race One 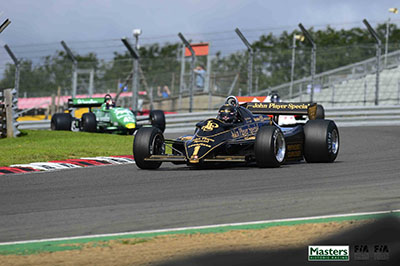 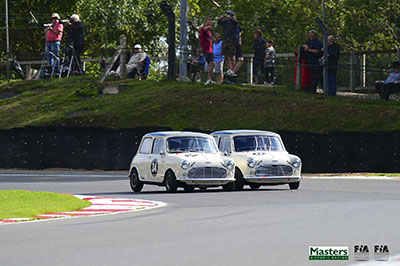 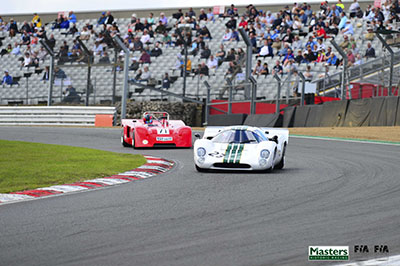 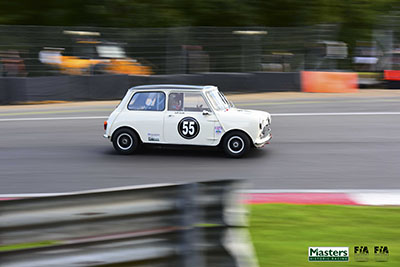 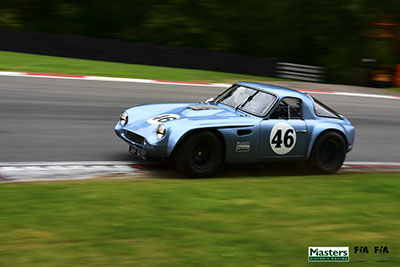 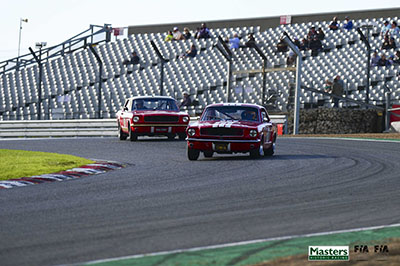 Masters Historic Formula One - Race One

Tyrrell 011B racer Martin O’Connell produced a faultless performance during the opening Masters Historic Formula One race of the weekend at Brands Hatch this afternoon, with a dominant lights-to-flag success.

Having earlier qualified on pole position by a full eight tenths of a second, O’Connell was never headed – or even challenged – throughout the 18 laps of the Kent venue’s famous Grand Prix Circuit.

Although his winning margin was four seconds, O’Connell had been as much as seven seconds clear of his pursuers and during the last couple of laps he certainly backed off to some degree.

Steve Hartley took the chequered flag in second place in his McLaren MP4/1, just shading the Lotus 91/5 of Greg Thornton – the pair having been locked in a fantastic battle race-long.

Getting the lead down to 4.5 seconds by the start of lap six, O’Connell then started to increase his advantage once again as Thornton began to fill Hartley’s mirrors with a bit of a resurgence.

On lap nine, Thornton made a bold attempt at re-taking second into Paddock Hill Bend but Hartley was able to rebuff the challenge and he held on to ultimately shade the Lotus driver by just 0.152 seconds at the chequered flag.

Sky Sports F1 pundit, and former Grand Prix winner, Johnny Herbert posted a top five result on his maiden outing in the University of Bolton prepared Ensign N180B – even though the car stopped on the final lap.

By far the closest multi-car battle was the one over sixth place between the Theodore TR1 of Philip Hall, which took Fittipaldi class honours, Lukas Halusa’s McLaren M23 and Ian Simmonds’ Tyrrell 012 (Lauda). The six-wheeler Tyrrell P-34 of Jonathan Holtzman placed ninth overall, ahead of the Surtees TS16 of Marc Devis.

Steve Brooks retired early on with an electrical fault in his Lotus 81, Chris Perkins’ Surtees TS14 had clutch problems and Ron Maydon’s LEC CRP1 retired due to difficulties with the car cutting out when exiting corners.