In a race that was cut short after two hours and 15 minutes due to ever-worsening conditions, Nils-Fredrik Nyblaeus and Jeremy Welch used a clever strategy to win the Masters Three Hours at Magny-Cours. The Anglo-Swedish Healey 3000 pair had a full lap in hand over the Andrew Haddon/Mark Martin Lotus Elan and the Billy Bellinger/Keith Ahlers Morgan SLR, the podium finishers proving that lightweight machines were the cars to have in weather like this.

Nyblaeus and Welch were the only ones among the leaders to take full advantage of a lengthy safety-car period that began 18 minutes into the race and lasted until a full hour of the race was run. With the safety car slowing down to a crawl in order to pick up all the cars, Nyblaeus was brought in for refuelling and an early driver change after 45 minutes, after which Welch managed to rejoin the field while remaining on the same lap. When the rest of the field pitted under green at the halfway mark, Welch picked off each and every one of them while himself revelling in the conditions. When the red flag was waved after two hours and 15 minutes, the field having again circulated behind the safety car for half an hour, the Healey was still in the lead.

â€œWe were the first people to do refuelling and a driver change under the safety carâ€, said Welch, â€œand that was the plan all along. Iâ€™m surprised no-one else thought of that! And I must say that these conditions are perfect for a Healeyâ€¦â€

â€œWhat a strategy!â€ said Ahlers, who was still amazed by what the Welch boys had thought of. â€œJust when I realised what you had done it was too late to do it ourselves, as the safety car had speeded up againâ€¦â€

Mark Martin was equally full of praise. â€œThat safety car went slower and slower, and allowed you to stop and join the queue still on the same lap. Brilliant!â€

The pole-sitting Ford GT40 of Alexander van der Lof and Karsten Le Blanc was the pre-race favourite, the Dutch pair bringing out Hans Hugenholtzâ€™ car for a Spa Six Hours rehearsal. However, with Van der Lof at the wheel, the car was quickly swamped by Andrew Haddonâ€™s nimbler Elan, with Danny Gibson also charging past in Gibson Motorsportâ€™s brand-new Shelby Cobra Daytona CoupÃ©. After four laps, Bellinger took third from Van der Lof, before the Dutchman took the place back after the first safety-car period. Their order changed yet again during the driver changes but Le Blanc was unable to do anything against Ahlers in the ten minutes of racing that were given to them before the second safety-car period was called. Just one minute before that, Paul Gibson retired the Cobra Daytona CoupÃ© from fourth place.

In the CLP class, Haddon and Martin were the clear winners, as the other quick Elan of Graham Wilson and David Pittard was hampered by a lengthy unscheduled pitstop. It still finished ahead of the Ron Maydon/Mike Wrigley Ginetta G4R, though, in sixth and eighth overall respectively.

Apart from the Gibsonsâ€™ Cobra Daytona CoupÃ©, the big V8 cars didnâ€™t figure in this wet race. The Jose and Brady Beltramelli Chevrolet Corvette proved quickest by finishing in fifth overall, while the Chris Chiles Sr & Jr AC Cobraâ€™s challenge was blunted by a series of stop-and-go penalties.

Pietro Vergnano and Manfredo Rossi were the clear victors in the race between the Porsches, the Italians using a similar strategy to the winners to finish seventh overall and claim C1 class honours from Steve Jones and Robert Barrieâ€™s Porsche 911.

Nicholas Ruddell and Robert Crofton won the touring-car class in their Ford Mustang, having fought with the similar Mustang of Ghislain Borrelly and Charles de Villaucourt all race. 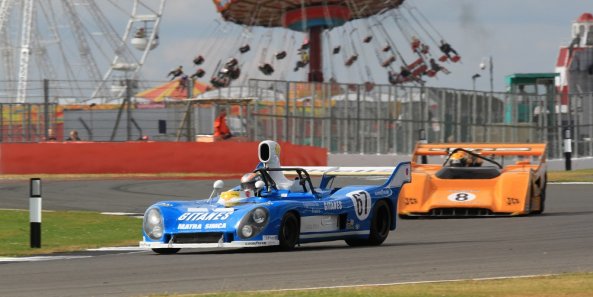 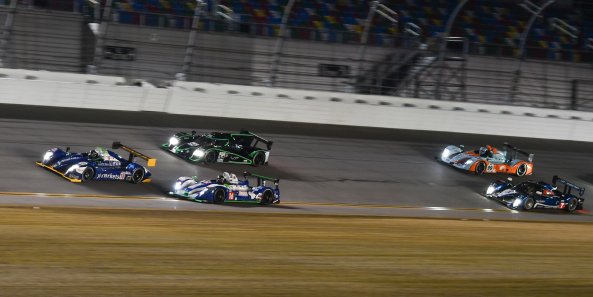