Davies on song in Mustang's Alley 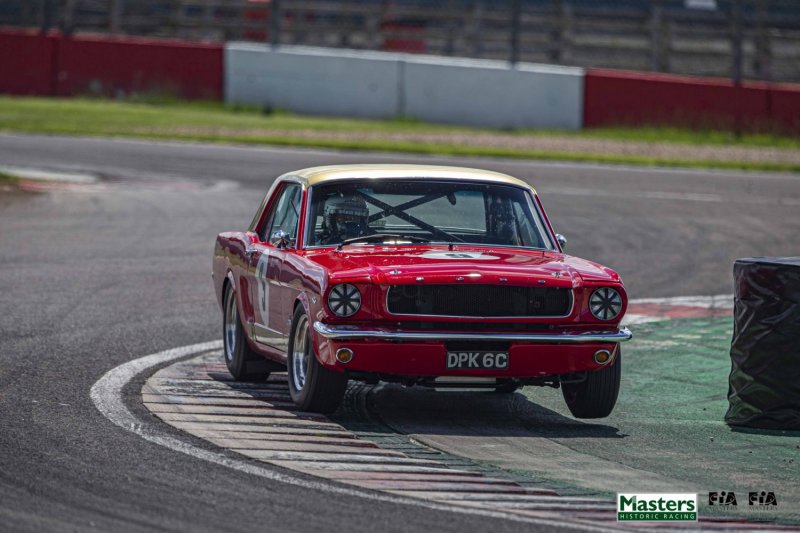 Davies on song in Mustang’s Alley

A drama-filled hour of racing kicked off the Masters Pre-66 Touring Car season at Donington Park, with Craig Davies coming out on top.

From pole, Nigel Greensall (Ford Mustang) stormed away from the similar car of Craig Davies, with an inspired Paddy Shovlin (Lotus Cortina) going gang-busters from seventh on the grid to snaffle third place on the inside at turn one.

Greensall stormed away to build the lead from Davies, with Steve Soper (Ford Mustang) charging up from 17th on the grid after qualifying dramas. Soper relieved Shovlin of third on lap three and the Irishman then had to preserve his class lead from Ben Clucas in Marcus Jewell’s Cortina.

A safety car period was triggered just before the pit window after Jonathan Kent planted his Mini in the gravel and a number of drivers came in just before the window opened. Craig Davies pitted too early and was waved back by his crew meaning a second stop was needed and he would thus fall down the order. A number of drivers had their pit stops investigated for coming in too soon for their mandatory stop.

Soper pitted at the end of the window giving Henry Mann the task of closing a gap of 29 seconds to the leading Mustang. As Mann tried to close, he eventually came under attack from the recovering Davies who moved ahead on lap 30 with 15 minutes to go. That allowed Davies to chase the leader with a margin of 7.1sec to make up.

Within a lap, the gap was down to 2.7sec and Davies made his move for the lead at Redgate on lap 33. Gooding had an off shortly after that dropped the Mustang down to fourth spot, while Mann’s car retired with mechanical woes at Starkey’s Bridge.

The Cortina Class was enlivened by an early battle for honours between the JRT-built car of Paddy Shovlin and Australian F3 Champion Ben Clucas. Clucas used his single-seater racecraft to challenge but Shovlin’s car seemed to grow in width as the Irishman kept Ben at bay. Shovlin relayed Michael Cullen for the second stint but the former Ferrari champion then had to fend off soloist Ollie Taylor (Lotus Cortina). Taylor wriggled past Cullen, as did the class leading Austin Mini Cooper S of Tom Bell/Joe Ferguson, relegating Cullen’s Cortina to sixth. Michael fought back, moving back ahead of Ferguson and then chasing after Taylor for the class win. He moved ahead on lap 34 to take the class lead.

Class wins were claimed by Davies (THA), Cullen/Shovlin (THC) and Bell/Ferguson (despite a stop go penalty for a pit stop infringement) won THD.

The next outing for the Masters Pre-66 Touring Cars is at Brands Hatch on August 22/23. 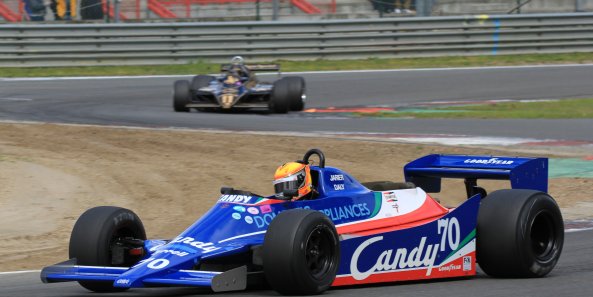 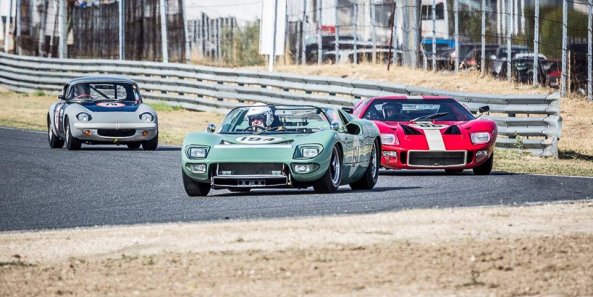