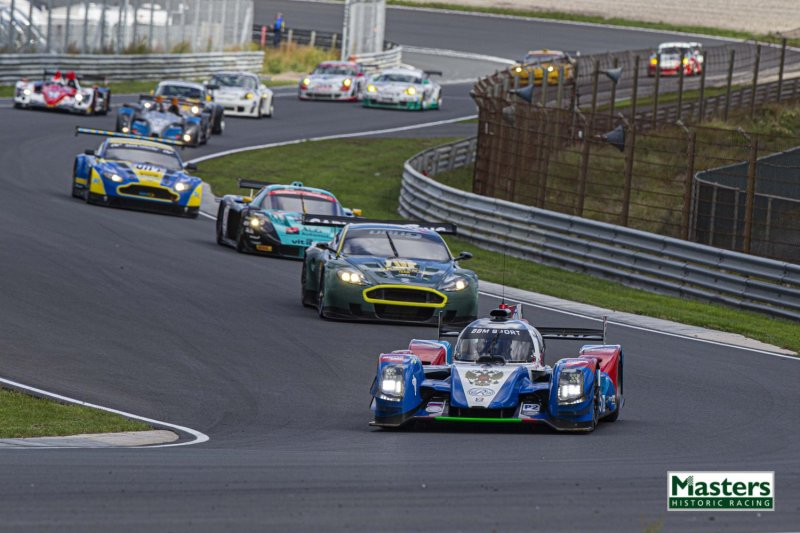 Jack Dex stormed to a dominant lights-to-flag victory in the first Aston Martin Masters Endurance Legends race at Zandvoort, the BR01 driver never looking back to win by a full lap over David Hart and Nicky Pastorelli in the Maserati MC12 GT1.

In third, Philippe Papin and Karl Pedraza moved up in their ORECA-Nissan 03 when James Hagan’s similar P2 machine ran into trouble late in the race. Marco Werner and Oliver Mathai shared the GTC-class-winning Aston Martin Vantage V12 GT3 on its way to fourth while Nikolaus Ditting and Sam Hancock took fifth (and second in the GT1 class) in their Aston Martin DBR9.

Marc Devis proved victorious among the fleet of GT2 Porsches, his 996 GT3 RS staying inches ahead of the Marcus Jewell/Ben Clucas 996 GT3 RSR.

In the early stages, Dex opened up a ten-second gap on Hart in the Maserati, who in turn led Werner by five seconds on lap 4. Having started second in the DBR9, Ditting had dropped to fourth but was still heading Hagan in the first of the ORECA 03s. In sixth, Gläser led the GT2 ranks in his 993 GT2 Evo, the German miraculously holding off Philippe Papin in the second ORECA. However, Gläser was deemed to have jumped the start and was handed a 20-second time penalty.

In eighth, Devis had edged away from Marcus Jewell, while on lap 6 Manfredo Rossi was forced to abandon the battle of the GT2 Porsches, the Italian retiring his 997 GT3 RSR with brake issues. This handed the place to David Methley’s Corvette C6, with Günther Schindler in his 993 GT2 also moving up a spot.

As the pit window opened on lap 9, Dex led Hart by 30 seconds and Werner by eight more ticks. Hagan had moved past Ditting to be fourth ahead of Gläser and Devis, while Papin was the first to pit, handing over the ORECA to Karl Pedraza. Hagan and Gläser followed on the next lap.

Hart was in on lap 11, handing his seat to Nicky Pastorelli, with Jewell doing the same with Ben Clucas. Devis and Methley came in for their stops as well, and now Ditting was in for the driver change with Sam Hancock. Werner and Dex were among the late-stoppers, Werner leaving his seat to Oliver Mathai.

After the stops, Dex was still in the lead but Hagan had moved up into second, courtesy of the longer Hart/Pastorelli ‘elite driver’ stop that was similarly enforced on the Werner/Mathai and Ditting/Hancock cars. Karl Pedraza was now fourth ahead of Mathai, who in turn was chased by Gläser. Devis led the Porsche fight in seventh overall while in ninth Hancock had some catching up to do in the DBR9 GT1.

With ten minutes to go, Pastorelli put the hammer down in order to reclaim second place for the Maserati. Catching the Irishman with four seconds a lap, the Dutchman accomplished the feat on lap 18. Soon after, Hagan was in trouble, also losing third to Pedraza, after which the ORECA tumbled futher down the order, eventually ending up in the Gerlachbocht gravel trap with two minutes to go.

In the BR01, Dex victoriously crossed the line after 25 laps, a full lap up on the Hart/Pastorelli Maserati MC12, with the Philippe Papin/Karl Pedraza ORECA-Nissan 03 taking third. Behind the top-three, Mathai kept Hancock at bay by some ten seconds. In sixth overall, Marc Devis proved best of the Porsches, his 996 GT3 RS narrowly holding off the Marcus Jewell/Ben Clucas 996 GT3 RSR. 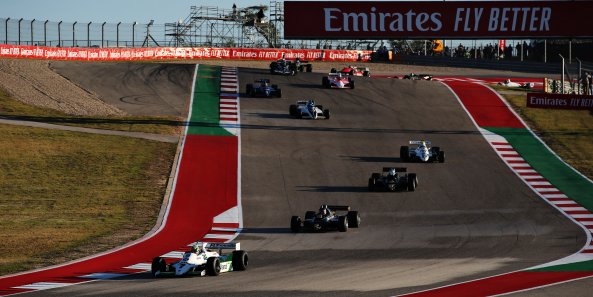 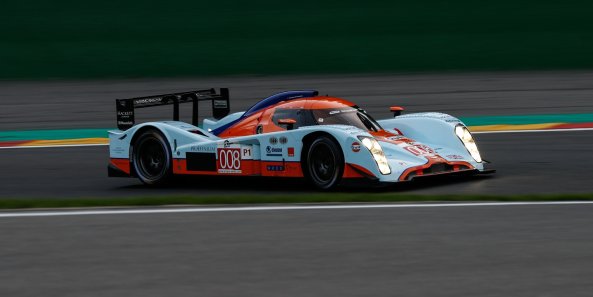 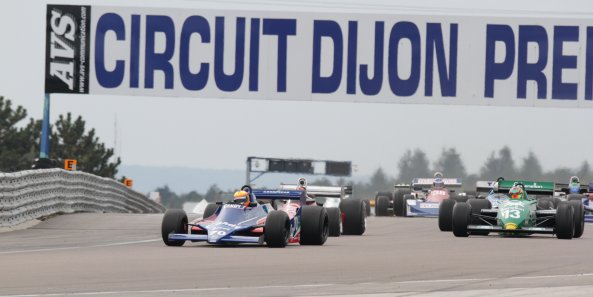