From pole position, Tom Bradshaw bolted away in his nimble Chevron B19, chased by Gary Pearson (Lola T70 Mk3B) and Jonathan Mitchell (Chevron B19).

Bradshaw held a modest lead over the Chevrolet-engined Lola, the Chevron quick through corners and the T70 using its grunt on the straights, the gap creeping up by a couple of tenths or so per lap in the early stages. As the race settled down, Bradshaw edged away, 1.6sec clear after eight laps of racing, while Pearson in turn was able to pull away from Mitchell, with Henry Fletcher (Chevron B19) running fourth ahead of the similar car of Matthew Wrigley.

Bradshaw, 12 laps in, started to lose pace. The Chevron sounded rougher and lost the lead to Pearson who was soon in trouble as well. Two laps later the car coasted out of the chicane with a gearbox problem as Bradshaw simultaneously dived for the pit lane with a misfire. Their retirement allowed Mitchell to assume the lead from Fletcher, with Wrigley third and the leading big-banger being fourth, the Lola T70 Mk3B of Chris Fox/Ross Hyett.

A brief safety car period was cued by the demise of James Hanson (De Tomaso Pantera) at Redgate with a mechanical problem, the field all diving for the pit lane as the window opened during the caution period, but without the leader being picked up by the safety car, leader Mitchell’s advantage grew hugely.

After the pit stops, and courtesy of the safety car, Mitchell was well clear off Fletcher by the better part of minute, Steve Brooks (in for Robert Brooks) moved up to third in his Lola T70 Mk3B with the similar car of Hyett/Fox fourth.

Try as he might, Fletcher’s Martin O’Connell-tended Chevron couldn’t catch the leader, more drama coming as Fletcher picked up a one-second stop-go penalty for too short a pit stop, while the third-placed car of Beebee/Brooks also copped stop-go a penalty of three seconds for the same offence.

That shuffled the order again in the closing stages, as Fletcher dropped to fourth behind Beebee/Brooks and James Claridge (Chevron B23), although a fired-up Fletcher soon moved back ahead of Claridge and closed on Brooks for second. Brooks eventually took his penalty, allowing Fletcher back up to second with Claridge assuming third, while Brooks went on the attack to try to regain a podium finish. Matthew Wrigley took fifth with father Mike in their Chevron B16 ahead of Robert Shaw’s Chevron B19, as Ross Hyett/Chris Fox retired their Lola T70 Mk3B.

The next race for the Masters Historic Sports Cars is at Brands Hatch on August 22/23. 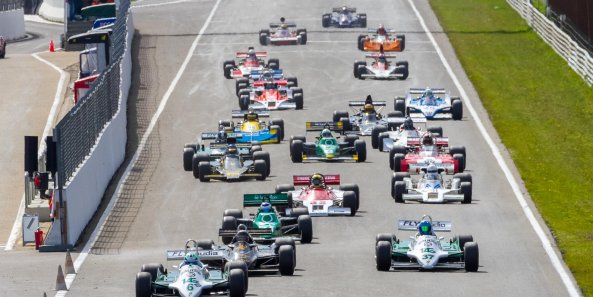 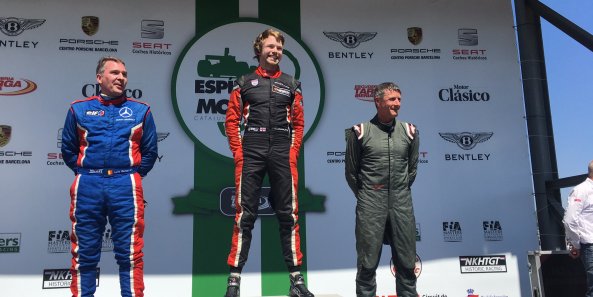 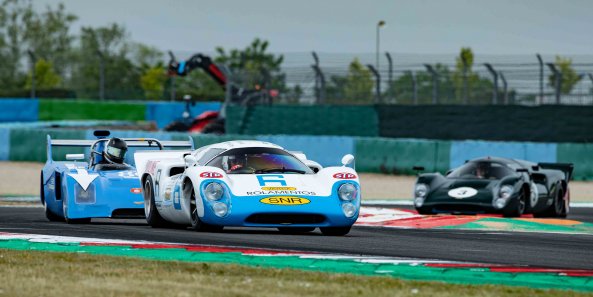