It has always been on our wish-list to have a support race to INDYCAR and IMSA!

It proved to be a good decision for MEL to join in the last race at Raceway at Belle Isle Park, giving drivers and teams a chance to soak up the atmosphere and awesome racing! 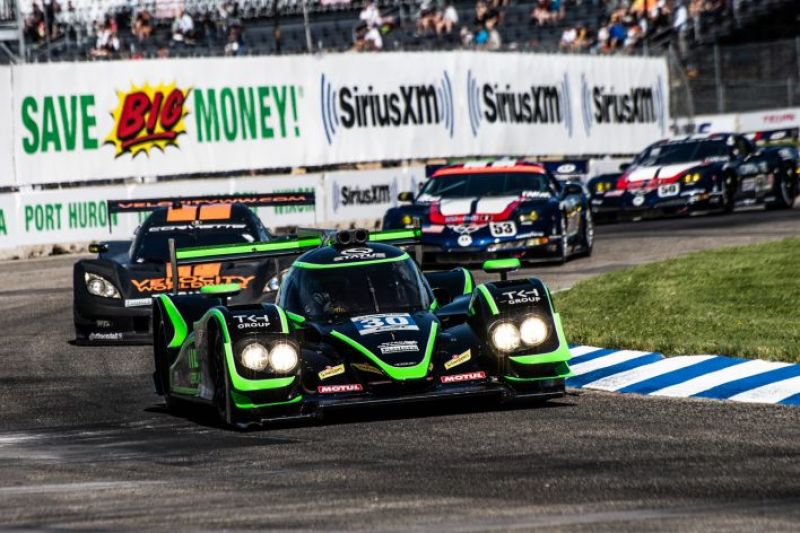 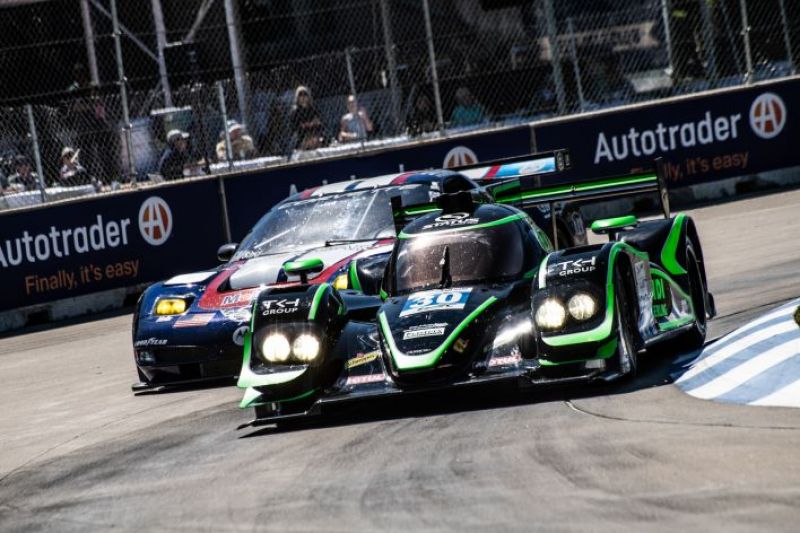 In front of the IndyCar crowd for the Chevrolet Detroit Grand Prix, Craig Bennett converted pole position into victory in the first Masters Endurance Legends USA race on the Belle Isle circuit. In his Lola B12/80, Bennett stayed clear of George Krass who from fourth on the grid came through to pass the Brandon Kidd/Kurt Schultz Chevrolet DP and Kirt Bennett’s similar Chevrolet C5.R.

Kirt Bennett ran second in the opening stages but was unable to keep Krass behind, who then proceeded to open up a one-minute gap to the other Corvette. Loren Beggs rose to fourth in his Porsche 996 RSR, with Travis Engen coming through to take fifth in his Audi R8.

During the stops, the Kidd/Schultz Chevrolet DP remained stuck in the pits for much longer than planned, the delay dropping it down to sixth ahead of Frank Moceri and Sebastian Coppola in the two Ferrari Challenge cars. Both Ligier JSP3-15s failed to make it to the finish, Brad Hoyt and Bud Bennett dropping out in the second half of the race, as did Douglas Baron’s Porsche 991 GT3-R.

On a lovely Saturday morning under a clear blue sky, the Masters Endurance Legends USA field got going for their first race on IndyCar’s Detroit weekend. As Craig Bennett led away, the two Corvettes followed him through, as did Loren Beggs in the 996 RSR to leave Brandon Kidd in the Daytona Prototype in fifth. The first casualty of the race – before it even started – was David Nikolas in the pretty Fabcar GTP, still struck by the oil leak that cut his qualifying short. A similar fate befell Jon DeGaynor’s Riley & Scott Trans-Am Mustang and David Roberts’ Audi R8 LMS GT3.

Three laps gone, and Craig Bennett had his ex-Status Lola B12/80 into a lead of over four seconds over Kirt Bennett in the first of the C5.Rs. Krass in the second Corvette was two seconds behind, with another two ticks separating him from Beggs. Meanwhile, Travis Engen had got up to sixth, moving his Audi R8 past the Porsche 911 GT3-R of Douglas Baron, but trailing Kidd’s Chevrolet DP by 18 seconds already. Bud Bennett in the Ligier JSP3-15 was eighth, followed by Brad Hoyt in a similar French LMP3 car. Behind them were the two Challenge cars of Sebastian Coppola (458 Challenge) and Frank Moceri (488 Evo Challenge).

At the front, on lap 6, ten minuts into the race, Bennett (C.) had increased his lead to six over Bennett (K.), but Krass was closing in on his fellow Corvette driver, now less than a second adrift. Behind them, Kidd made his way past Beggs into fourth overall, as Engen set about to slowly close the gap to the top five.

As the pit window approached, Krass had pipped Kirt Bennett for second place and was now in fact lapping quicker than the leader. With a fastest lap of the race of 1.38.0, Krass cut the Lola’s lead to just three seconds, while Kidd in fourth was also closing on the Corvette in third. In fact, Krass was now flying, as he beat his own fastest lap by another eight tenths to cut Craig Bennett’s lead to under a second, now nine laps into the race. On lap 10, however, Bennett responded with a fastest laps of the race himself to increase the lead back up to two seconds. Behind the leading pair, Kidd had swamped Kirt Bennett’s C5.R to take third in the Chevrolet DP.

As the first pitstops got going, the field was about to be shaken up for a few laps before order would be restored. Bud Bennett, Brad Hoyt and Sebastian Coppola were the first to stop, soon followed by the two leaders, as Kidd stayed out to inherit the lead while setting his personal best lap of the race. The rest were now in as well, before on lap 14, Kidd was the last one to take his pitstop and hand over to Kurt Schultz.

This elevated Craig Bennett back into the lead, but the Lola was chased hard by Krass, who in turn had dropped the second Corvette of Kirt Bennett by half a minute. Beggs trailed by another 14 seconds who in turn led Engen by 53 seconds, their placings seemingly set in stone, as Schultz had dropped back to sixth after a long stop but was still ahead of Baron’s 991 GT3-R in seventh.

Meanwhile, the leading Lola had increased its advantage back out to nearly five seconds over Krass, whose lead over Kirt Bennett was now 46 seconds. Beggs was fourth with a 42-second lead over Engen’s Audi, with Schultz in sixth, Moceri seventh and Coppola eighth, the latter two inheriting places from Brad Hoyt’s Ligier that ground to a halt on track, Baron’s Porsche which ran out of power steering and brakes, and Bud Bennett’s Ligier that brushed the wall.

As we headed towards the chequered flag, Craig Bennett was safe for his win in the Lola B12/80, followed home by Krass, Kirt Bennett, Beggs, Engen and Schultz. Krass had kept the gap to Bennett at an impressive six seconds while he himself finished over a minute ahead of the other Corvette.