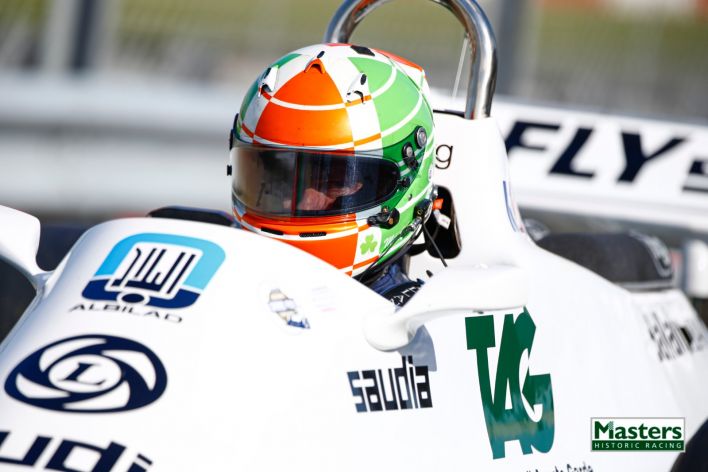 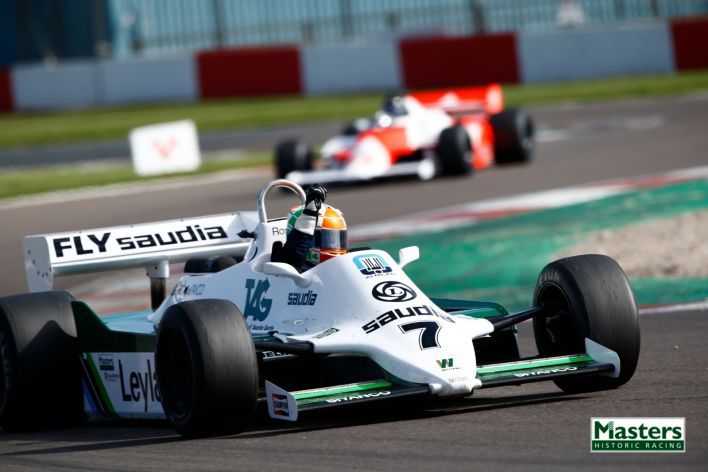 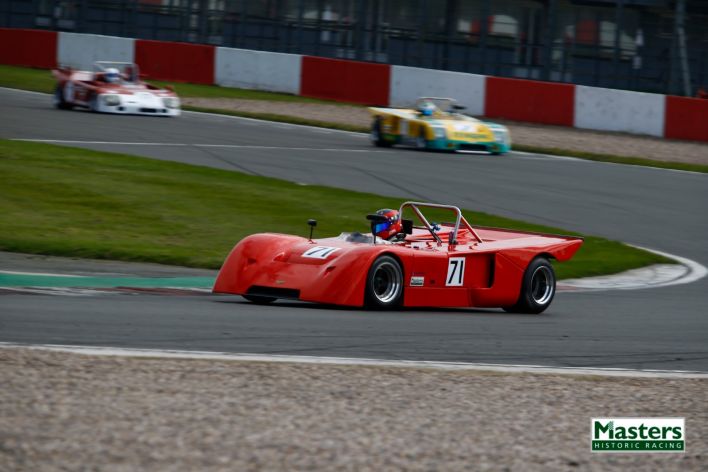 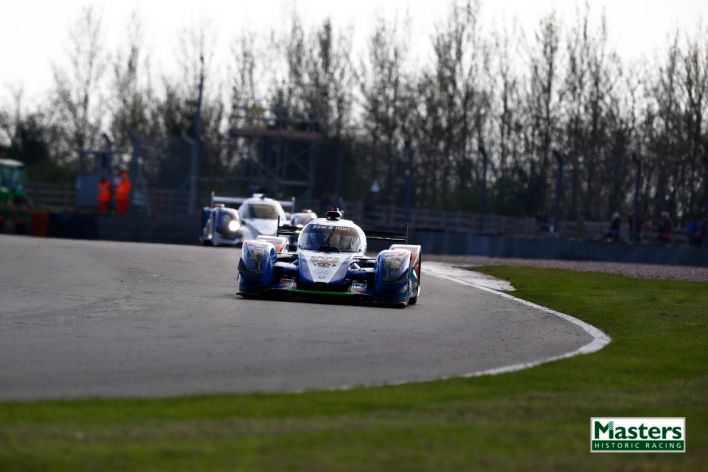 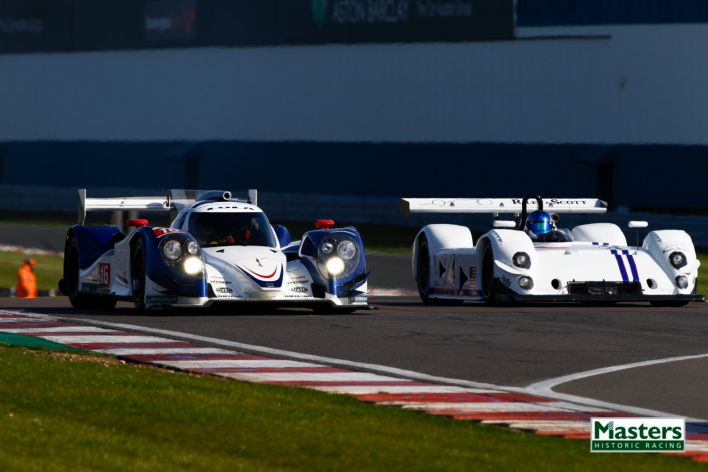 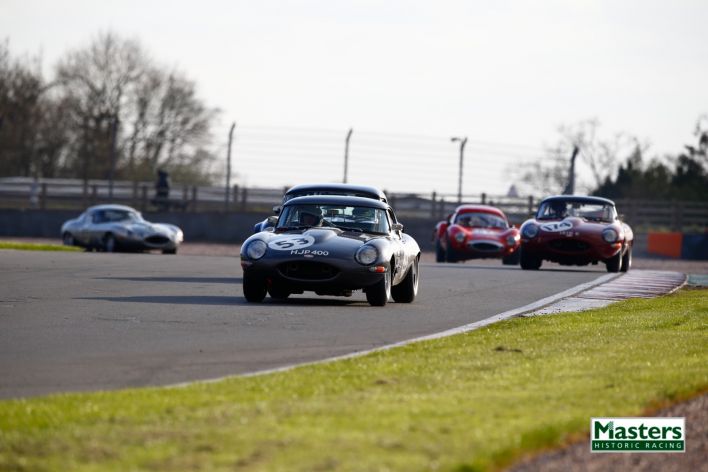 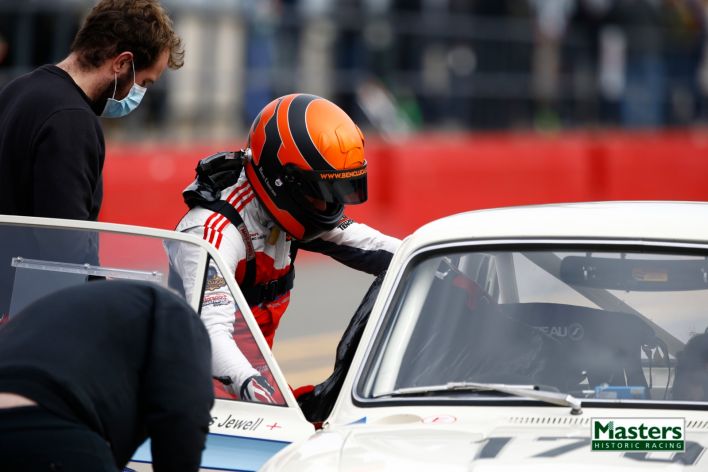 Having lost out in qualifying, Mike Cantillon turned the tables on rival Steve Hartley in the first Masters Historic Formula One race at Donington Park, as with four laps into the race the Irishman slung his Williams FW07C past Hartley’s pole-sitting McLaren MP4/1 to disappear into the distance.

Cantillon won by 17.8 seconds while Lukas Halusa in the McLaren M23 drove a strong race to overtake the much more recent Lotus 91 of Steve Brooks for third and run out to a dominant pre-78 class win. His engine violently expiring one corner short of the finish line, Brooks failed to meet the chequered flag but was still classified fourth ahead of post-83 class winner Mark Hazell who came back to finish fifth in his Williams FW08.

Meanwhile, Warren Briggs was another casualty, his McLaren M29 dropping out of fourth place on lap 14. Ron Maydon (Lec CRP1) and Chris Perkins (Surtees TS16), both having managed to keep Hazell behind for the best part of the race, took second and third in the pre-78 class.

Soon after the start, the leading trio of Hartley, Cantillon and Brooks initially broke free from the pack led by pre-78 class leader Halusa, as Briggs and Maydon had made their way past Hazell into fourth and fifth. Behind Hazell, Chris Perkins in the Surtees TS16 was eighth while Neil Glover’s Arrows A5 had demoted Mark Harrison’s Shadow DN9 to tenth. Meanwhile, Hazell’s post-83 class rival Ian Symmonds failed to leave the grid in his Tyrrell 012.

Going into lap 4, Cantillon made his move, inching past Hartley while setting fastest lap of the race. Going even quicker on lap 5, the Irishman had now put 1.5 seconds between himself and the carbonfibre McLaren, and repeated the trick on lap 6 with the result that the gap was up to 2.7 seconds. Brooks was now five seconds off, with Halusa clinging on 7 seconds behind the leader. At the back, Harrison was forced to retire his Shadow.

By lap 10, Cantillon’s lead over Hartley had increased to 5.4 seconds as the Irishman moved ever closer to the win. Behind the two leaders, Halusa’s tenacity had paid off, as the Austrian swept past Brooks’ Lotus to claim third overall, while Briggs and Maydon were still holding off Hazell’s more recent Williams FW08.

Easing off his pace after that, Cantillon maintained his five-second lead over Hartley, with Halusa continuing to keep Brooks at bay. On lap 14, however, Briggs dropped out on fourth right at the moment Hazell got ahead of Maydon, the Williams FW08 thus moving up two places in a single lap.

As he ran towards the chequered flag, Cantillon once again showed his might by further improving his best lap time, lowering the fastest lap of the race to a stunning 1.01.569. Now gaining 1 to 1.5 seconds per lap on Hartley, the Williams’ lead over the McLaren eventually grew to 17.8 seconds at the finish.

40 seconds down on the winner, Halusa finished a strong third overall in the class-leading pre-78 McLaren M23, ahead of Brooks whose Lotus 91 pulled off on the final lap as its Cosworth DFV expired in a mighty cloud of smoke, but he was still classified fourth ahead of Hazell, both a lap down. Maydon and Perkins completed the pre-78 podium in sixth and seventh overall.