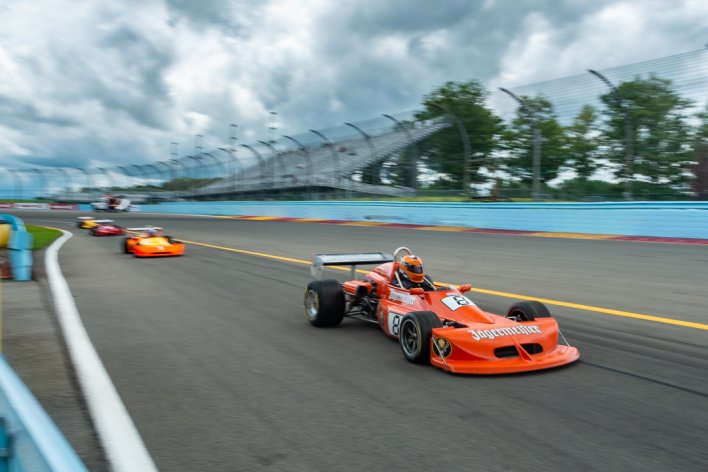 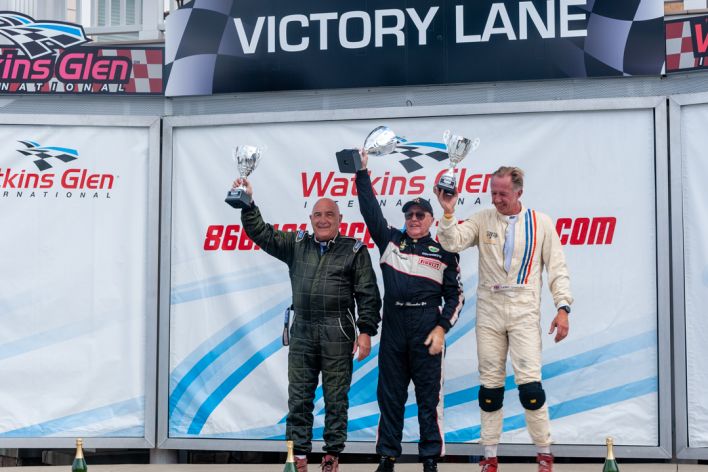 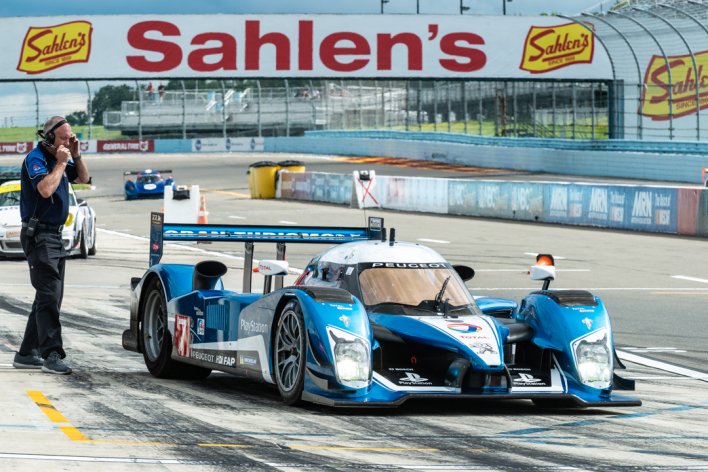 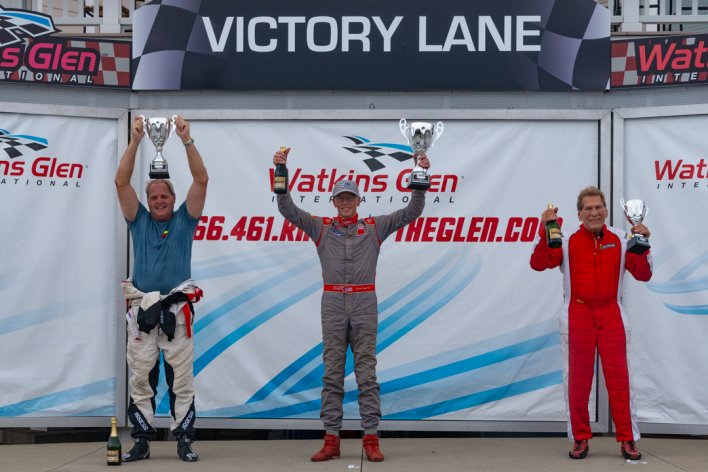 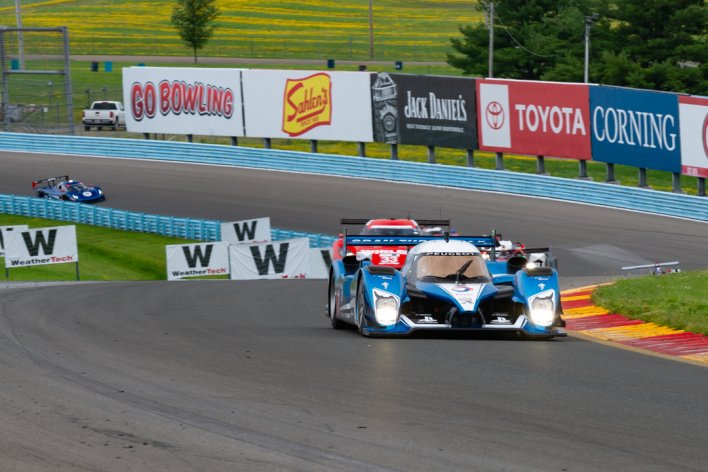 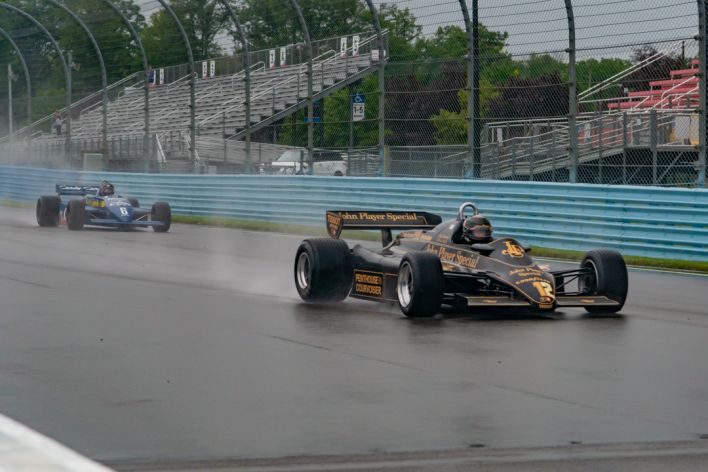 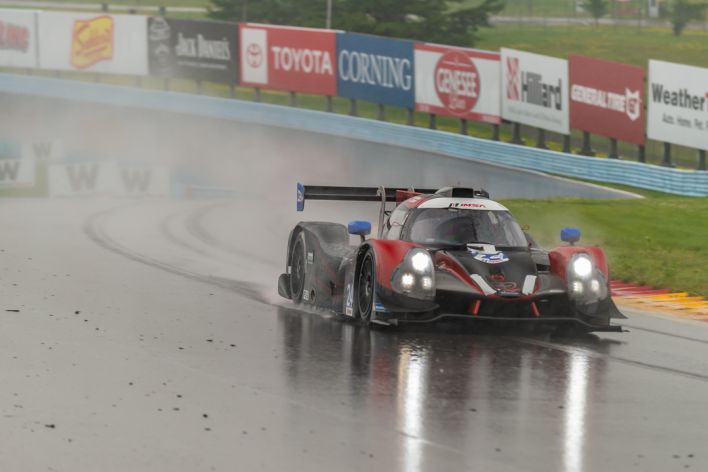 Bob Blain emerged victorious in the first Masters Formula Atlantic Plus race of the Masters & HSR Race Weekend at the Glen. His March 76B inherited first place when runaway leader Howard Katz (Ralt RT1) spun away his massive advantage, but Blain had moved himself into that position when he beat Todd Willing for second at the start.

Australian Willing, who chased Blain all race, dropped out with an oil leak around the same time that Katz left the scene. This promoted Travis Engen (Ralt RT1) into second place. Behind Engen, Dave Zurlinden (Ralt RT31) held off Alex MacAllister (Ralt RT1) for laps but in the end, had to give way to the latter who then proceeded to claim the final podium spot.

The safety car was deployed to allow for the removal of the oil dropped by Willing, but when this proved to be too time-consuming, the race was flagged off prematurely, with three minutes left on the clock.

The race lost one main contender before the start when Peter Greenfield was forced out of action by a clutch issue hampering the Ralt RT4 that he himself had bought in period back in 1982 before buying it back in 2015.

At the start, Katz powered away into the lead followed by the quick-starting Blain who pipped Australian Willing to second with a lightning start from the second row. Engen was fourth, with Zurlinden moving his ex-West Surrey Racing Ralt RT31 F3 car into fifth ahead of Alex MacAllister in the third RT1 in the field.

Four laps gone, and Katz was flying. Beating his own fastest lap of the race every time around, the Ralt RT1 led Blain by 12 seconds, with Willing a further two seconds adrift in third. Still in fourth, Engen was in no man’s land between Willing and Zurlinden, the latter with MacAllister right on his tail.

Past the halfway mark, as the leader had seemingly just turned into cruise mode, disaster struck for Katz, as he spun coming onto the start/finish straight. Willing was in trouble too, dropping down from third to the back as he was shown the ‘meatball’ flag for a technical issue that required his return in the pits. However, before he could do so, the Australian parked the car, his Chevron B27 having dropped too much oil already.

All this put Blain in the lead, his March 76B now three seconds clear of Engen, while MacAllister had jumped Zurlinden for what was now third place. They couldn’t race for long, though, as the oil on track summoned the arrival of the safety car. With three minutes remaining, the race was flagged off, Blain crossing the line in first, ahead of Engen, MacAllister and Zurlinden.