Masters Endurance Legends started the 2021 US Season in sunny Florida!

We were delighted that Masters Endurance Legends USA had been invited to Sebring International Raceway, for a season-opening at Sebring SportsCar Week.

It has been a fantastic weekend for our drivers and teams. We were lucky enough to enjoy a very sunny weekend and racing was Sebring-style, #respectthebumps, challenging for cars and drivers but also very enjoyable! 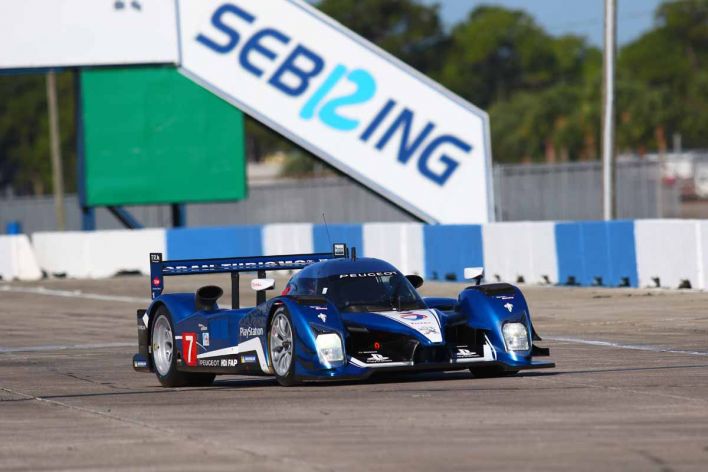 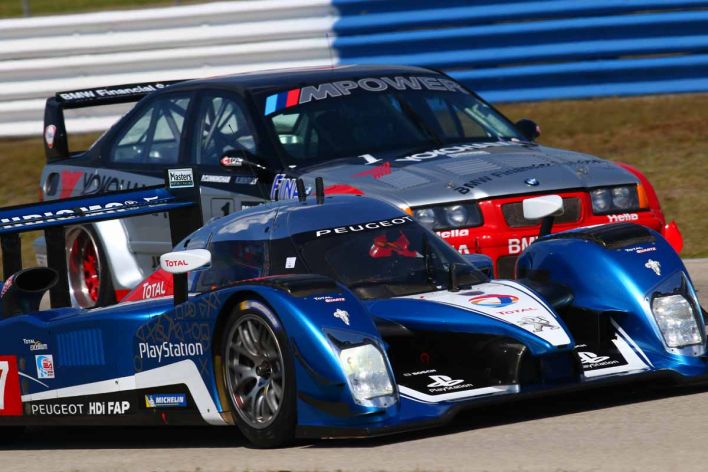 David Porter took no prisoners as the American stormed to an emphatic win in the first of two Masters Endurance Legends USA races at the Sebring SportsCar Week. Having started from pole in his Peugeot 908, Porter quickly opened up a gap to early rival Roberto Moreno in the HPD-Honda ARX-03b, but when the Brazilian star’s car faltered Porter eventually edged out a full lap’s lead over the entire field.
Taking over Moreno’s mantle after six laps, Travis Engen’s Audi R8 was unable to keep pace with the Peugeot but kept comfortably ahead of Joe Robillard’s Norma-Nissan M30 LMP3 car to take second at the finish. Robillard had battled with Robert Tornello to pass the latter’s Coyote Corvette DP on lap 4, but soon after the pitstops the Coyote’s fuel pump gave up, forcing Dante Tornello to retire the car shared by the father-and-son duo.
Early on, Ari Balogh’s Ligier-Nissan JSP3-15 and Greg Thornton’s Elan DP02 led the similar Ligier shared by Francesco Melandri and Nigel Greensall, but with Greensall at the wheel after the pitstops, the quick Briton moved up past both Thornton and Balogh to claim fourth.
Straight from the green lights, Porter put his hands on the victory trophy by reeling off a series of five consecutive fastest laps of the race, culminating in a 1.55.846 on lap 5, thus ensuring that his fellow front-row starter – former Benetton F1 driver and Patrick Racing Indycar star Roberto Moreno – wouldn’t have as much as a look-in. Opening up a three-second gap on the first lap, Porter made sure the distance between himself and the Brazilian was up to 13 seconds as the field touched the 10-minute mark of the 40-minute race.
It was all over soon after that, though, when Moreno’s HPD came crawling into the pits, its race seemingly over. Into the pit window, relief driver Jamie Constable did go out for one more exploratory lap but that was it for the HPD, one of two Honda-powered ARX-03b prototypes newly acquired by Bob Blain, for which the Sebring weekend was very much like a shakedown – the other HPD had already faltered in qualifying, its input shaft broken.
Behind Porter and Moreno, the quick-starting Robert Tornello in the Coyote Corvette DP had briefly usurped Travis Engen’s Audi R8, but Engen set the record straight as early as lap 2. Tornello then came under increasing pressure from Joe Robillard in the Norma, the latter grabbing fourth from Tornello on lap 4 – with Engen, Tornello and Robillard all moving up one place as soon as Moreno had retired the HPD to the pits. Behind them, Balogh and Thornton were fighting for sixth and then fifth, the pair having passed Melandri, but Thornton dropped back behind Melandri on lap 6.
As the pit window opened 15 minutes into the race, Porter showed no sign of tailing off – in fact, ahead of a late mandatory pitstop he put his foot truly down to lower his own bar to 1.53.993. On lap 11, with all the stops done, Porter’s lead over Engen had increased to well over a minute, with Robillard another 22 ticks behind.
One lap later, the Coyote that was now in the hands of son Dante Tornello suddenly dropped away from an easy fourth place, the Daytona Prototype limping into the pits with a broken fuel pump. This allowed Balogh into fourth, but by now the Ligier was chased hard by Nigel Greensall in a similar JSP3-15 LMP3 car. With four laps to go, Greensall was past. Robillard, however, was too far up the road for Greensall to have a go at third.
In the closing laps, the best excitement came from the leader, who was ostensibly enjoying himself as he sliced another tenth off his fastest lap time, a 1.53.883 on lap 17 the result. As the chequered flag approached, Porter’s speed was such that Engen in second place saw the leading Peugeot flying past too, meaning that the entire field got lapped by the winning diesel machine.
Among the GT cars, Scooter Gabel in his BMW E46 M3 GTR took a similarly dominant lights-to-flag victory, carving out a 55-second lead at the finish over Carlos De Quesada’s Porsche 911 GT2 Evo. One lap down, Dutchman Theo Ruijgh claimed third in class in his Porsche 911 GT3 Cup.
After a storming opening lap, Gabel had increased his initial 1.5-second lead over De Quesada to 14 seconds by lap 3, and wasn’t planning on looking back thereafter. As the pair left Ruijgh trailing in third, Gabel had his eyes on Greg Thornton’s Elan DP02 in sixth but couldn’t quite make enough inroads to put his BMW among the prototypes.