Sun on Friday, cloudy on Saturday, and finishing with torrential rain on Sunday – the weather got progressively worse but the Spa Six Hours meeting never fails to disappoint. Five Masters grids once again provided a major contribution to the event’s enduring success as it bounced back from its cancellation in 2020. 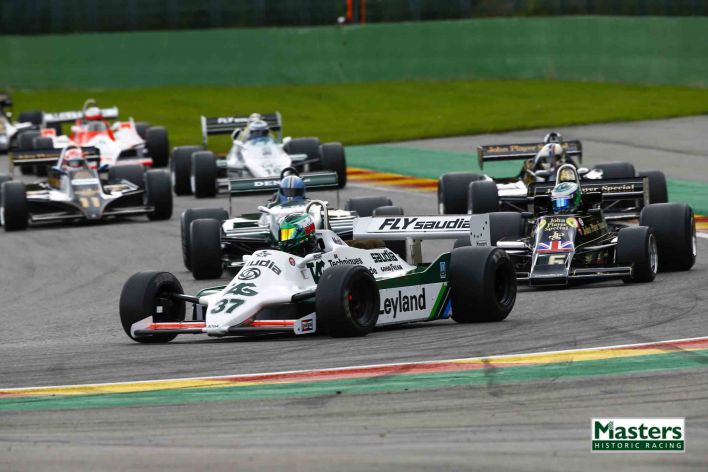 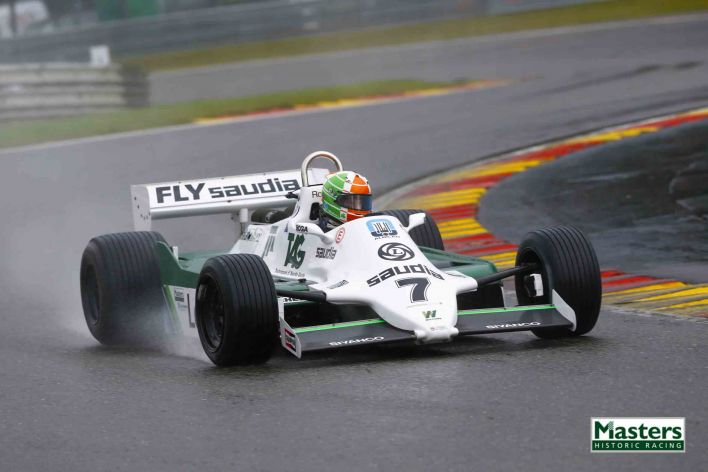 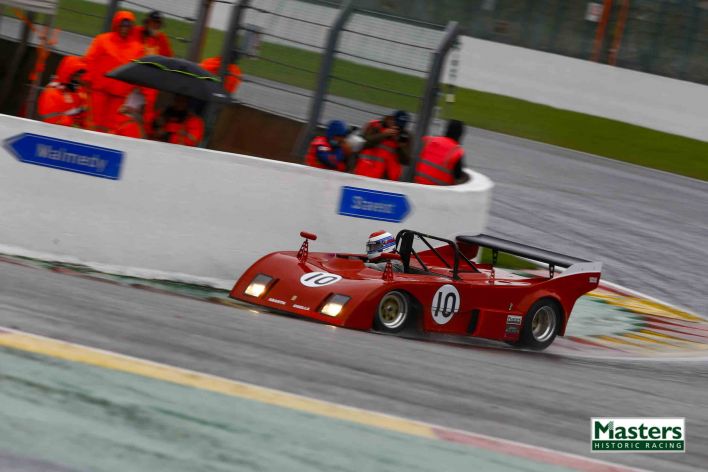 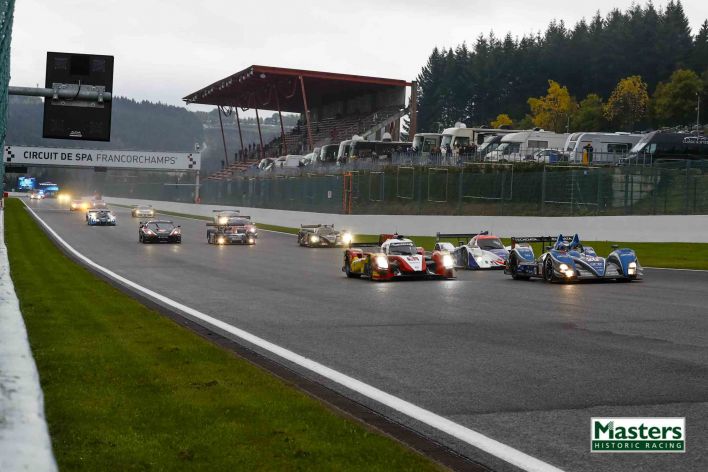 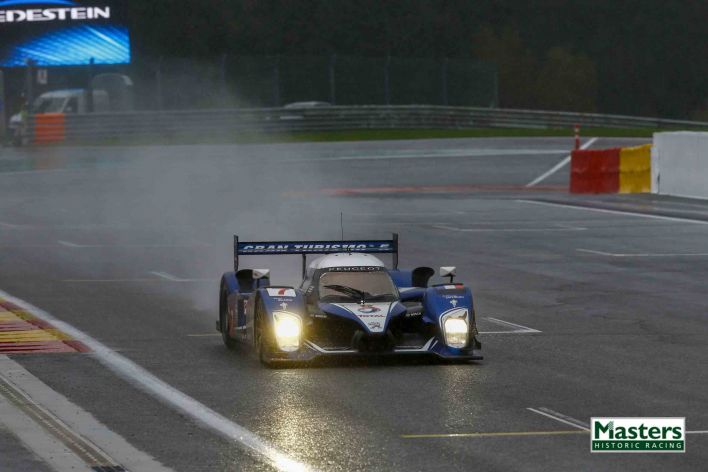 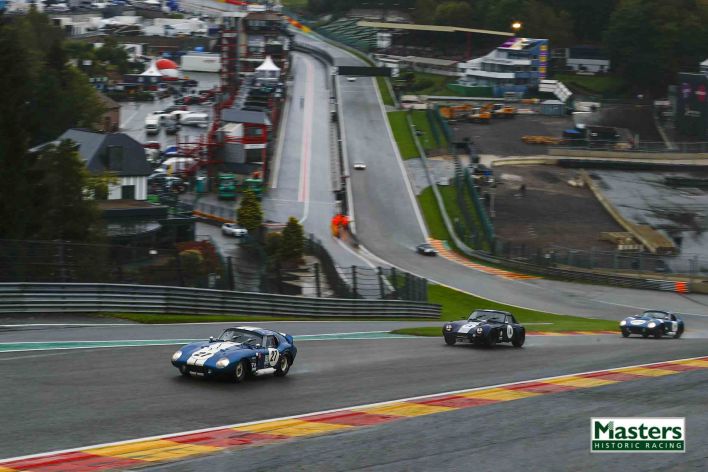 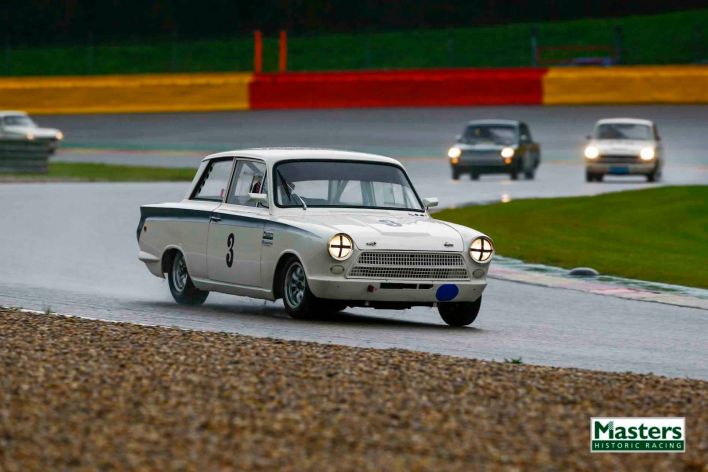 Jamie Constable took the spoils in the first Masters Historic Formula One race at the Spa Six Hours, as he profited from the demise of both his Williams rivals, first Christophe d’Ansembourg dropping out from the lead and then Mike Cantillon’s similar FW07C grounding to a halt to hand victory to Constable’s Tyrrell 011.

“I was lucky, wasn’t I?” said Constable. “I overtook just one car, and the rest was given to me!”

For almost the entire race, Constable was harried by Steve Brooks in the Lotus 91, but having just set fastest lap of the race, Brooks spun two laps from the end to hand second place overall to pre-78 class winner Nick Padmore in the Lotus 77. Despite a time penalty for exceeding track limits, Brooks still salvaged third ahead of Mark Hazell, who took post-82 class honours in his Williams FW08.

“I did fastest of the race, so yeah, that was good!” said Brooks. “But I spun right at the end, at La Source. I knew I had a five-second time penalty but I was still trying to have a go at Jamie… But it’s great to be out here again!”

Warren Briggs (McLaren M29) and Ken Tyrrell (Tyrrell 011) warred over what would eventually become fifth for the Kiwi and sixth for the American, with Georg Hallau (Theodore N183) beating Felix Haas (Lotus 92) to second place in the post-82 class.

For the sixth race on a very busy Spa Six Hours Saturday, the track had fully dried after the surface still proved damp in the morning, on the back of overnight rain. On the grid, Lukas Halusa in the McLaren M23 was missing due to an engine issue, a shame after a brilliant qualifying performance that would have seen him line up third. Another non-starter was Thomas Steinke’s Alfa Romeo 182, a withdrawal before qualifying already.

At the start, Cantillon initially maintained his lead but the Irishman was soon usurped by teammate d’Ansembourg, with Constable in third, while Padmore – now in the sole pre-78 car in the field – saw Brooks fly past for fourth. Werner was sixth ahead of Hazell in the post-82 class-leading Williams FW08, while Ken Tyrrell’s Tyrrell 011 and Warren Briggs’ McLaren M29 separated Hazell from his nearest class pursuer, Georg Hallau in the Theodore N183.

After three laps, d’Ansembourg’s lead over Cantillon had increased to two seconds, but one lap later, the Belgian was gone, his Williams limping into the pits, stuck in gear. So now Cantillon was back in the lead, a second ahead of Constable who in turn had Brooks snapping at the Tyrrell’s gearbox, as Padmore kept a close watch three seconds further back. Hazell was fifth, as Marco Werner had dropped down to seventh before the German too was seen visiting the pits, his Lotus 91’s ignition playing up. Some ten seconds in arrears of Hazell, Tyrrell and Briggs were having a private battle for fifth.

On lap 7, as he recorded fastest lap of the race so far, Cantillon increased his lead over Constable to two seconds, as Brooks was handed a 5-second time penalty for exceeding track limits one time too many. For the moment, this virtually promoted Padmore into third overall.

On the next lap, however, Cantillon disappeared from the leaderboard, right at the moment that Steve Brooks beat the Irishman’s fastest lap of the race – and on the back of that, Brooks lost it at La Source to hand second place to Padmore. It soon appeared that Cantillon had pulled off at Les Combes, handing Constable a 5-second lead over Padmore, with Brooks now eight seconds adrift in third, with his time penalty still waiting to be applied.

As Constable cruised to victory, six seconds ahead of Padmore, Brooks had more than enough in hand over Hazell to keep his spot on the podium, while Briggs ended the fight with Tyrrell in his favour to claim fifth. Hallau took second in the pre-82 class, ahead of Felix Haas in the Lotus 92, with Paul Tattersall in the Ensign N179 finishing ninth.