Historic motorsport wins in brilliant 30th anniversary edition of The Classic at Silverstone!

Despite the slightly moist conditions, historic motorsport prevailed in a glorious 30th edition of The Classic, with Masters Historic Racing contributing no less than nine exciting races to the programme. Michael Lyons was a double winner in Masters Historic Formula One while Alex Brundle, Julian Thomas and Calum Lockie, Craig Davies, Rob Wheldon, François Perrodo, Bill Sollis and Nathan Heathcote all held Silverstone’s monster-size trophy aloft as a Masters race winner on the podiums. 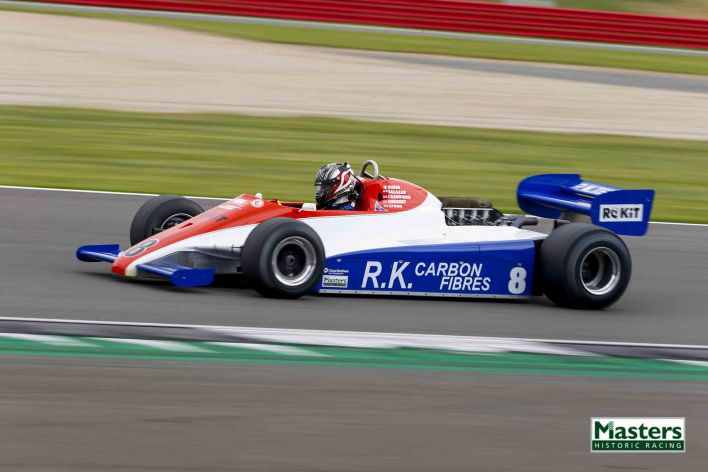 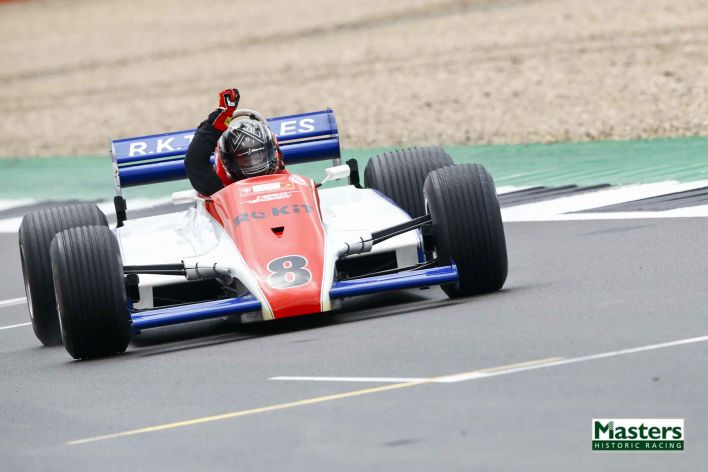 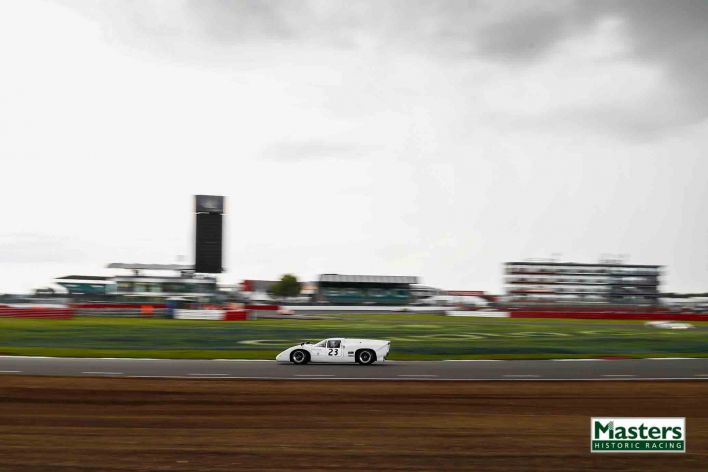 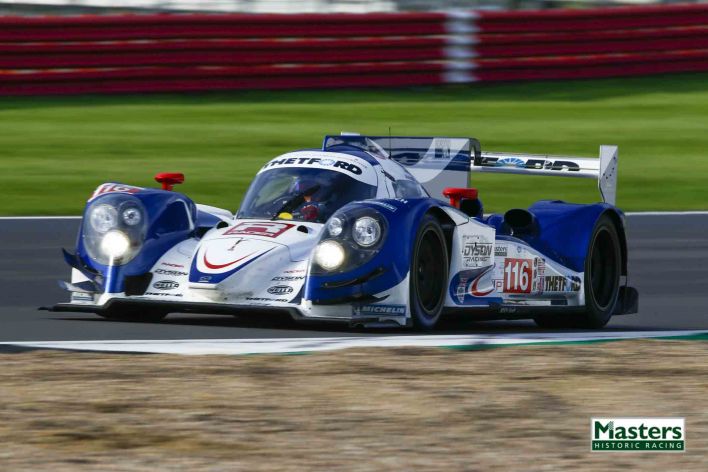 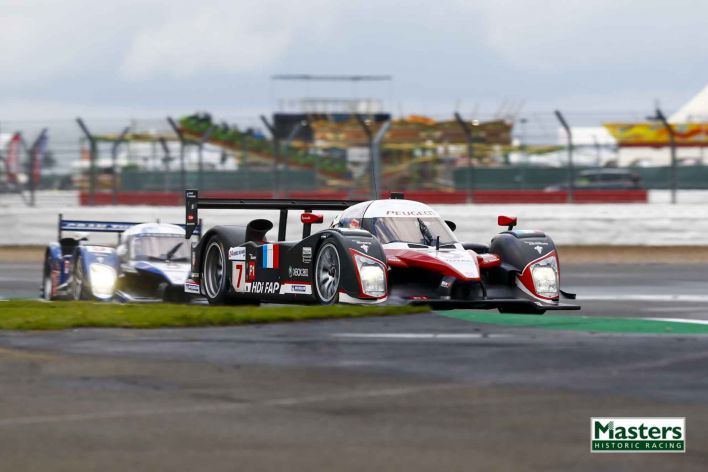 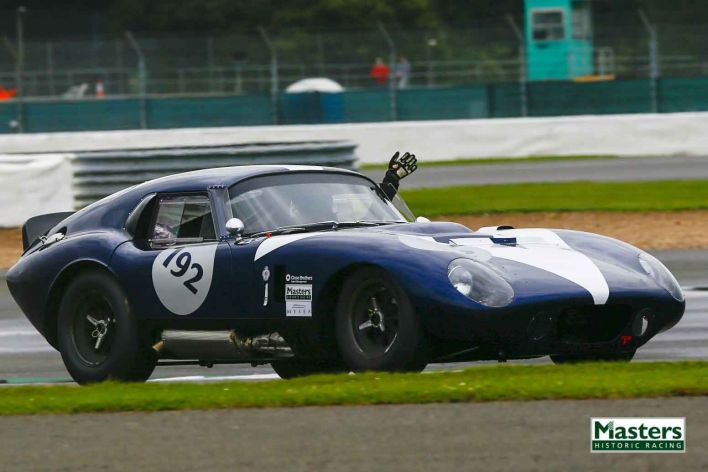 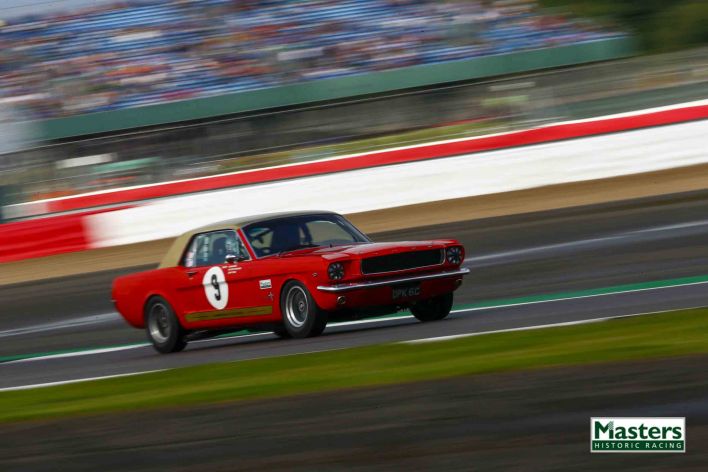 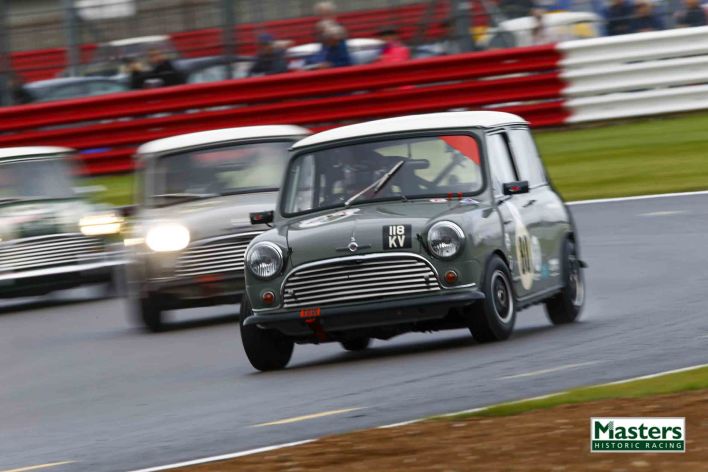 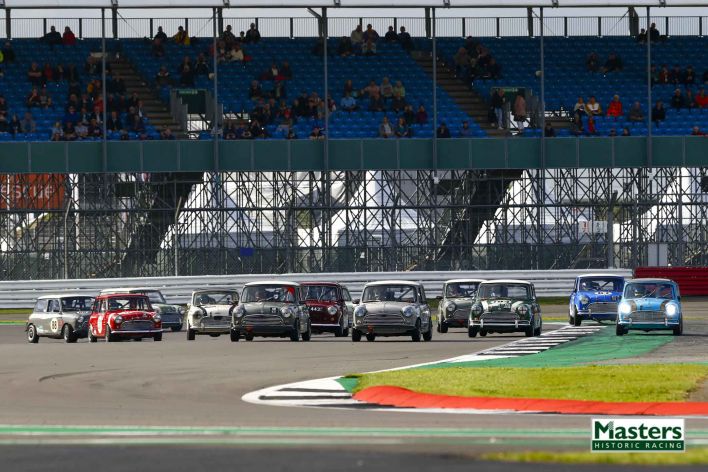 “I can’t complain on days like these”, said Lyons. “It’s a testament to what the guys at the University [of Bolton running the Ensign] have done because the level of competition here is really strong. I was drafted in at the last minute, but we got it working well and got to steal some glory!”

In the opening stages of the 20-minute race around Silverstone, Cantillon was under threat from Steve Hartley’s McLaren MP4/1 but Hartley lost it on the cement dust still covering the entry to Abbey after an oil spill in the previous race at the Classic. This allowed Jamie Constable’s Tyrrell 011 into third.

“Congratulations to Michael”, said Cantillon. “That was an amazing drive. I put in some of the fastest laps I have ever done here, but I still couldn’t catch up with him. So fair play to him.”

Hartley having fought his way back past Steve Brooks’ Lotus 91, was ready to pounce on Constable when he got into a wild spin in the Maggotts and Becketts complex, and had to do it all over again. While recovering, Hartley inadventently hit Brooks on one of the Lotus 91’s wheels. It looked like both got away unharmed but the Lotus dropped down the order on the final laps. After an eventful race, Hartley recovered to fourth behind Constable.

“I didn’t actually see Steve spin in my mirrors”, said Constable. “But when I got on the straight I was expecting to see him and he wasn’t...”

Lukas Halusa dominated pre-78 proceedings, the Austrian taking his McLaren M23 to fifth overall, well ahead of Jonathan Holtzman in the Tyrrell P34 and Michel Baudoin in the Hesketh 308E. The fight for post-82 class glory went unrewarded as both Mark Hazell (Williams FW08) and Ian Simmonds (Tyrrell 012) dropped out.

On a track sufficiently dried after all the precipitation, but still with two laps behind the safety car to allow the drivers to get to grips with the surface, Lyons got away best from the rolling start, as he headed Cantillon, Hartley, Constable and Halusa in the leading pre-78 entry into the Arena complex. Out of Brooklands, however, Brooks moved up at the cost of the Austrian.

As Lyons made a break, Cantilon was coming under increased pressure from Hartley, but into Abbey – with a previous oil spill still covered by cement dust – ‘The Jam Baron’ lost his McLaren, and moments later also Ken Tyrrell spun over the oil and dust that had been thrown up into a huge cloud by Lyons powering right through it. Meanwhile, Hazell was in the pits, his Williams FW08 hit by a loss of oil pressure.

The damage done to Hartley’s chances proved to be limited, as the McLaren had already fought his way back past Halusa and was back into fifth, now in the hunt for Brooks in the Lotus 91, with Constable’s Tyrrell 011 slightly further up on the road.

After three laps, Lyons led Cantillon by 4.6 seconds, with Constable four more seconds in arrears. Hartley and Brooks now got involved in a mighty tussle at The Loop – Hartley’s first effort failed but then he made it work into Maggotts and Becketts to be fourth.

Halusa still maintained a monumental pre-78 class lead, with Jonathan Holtzman in the Tyrrell P34 sixwheeler now in second place in class, in 11th overall, as the American chased his countryman Ken Tyrrell in the second Tyrrell 011 in the field. Hazell having retired, the post-82 looked to be all Ian Simmonds’, but then his Tyrrell 012 retired on lap, having succumbed to gearbox issues.

Halfway into the race, Lyons maintained his 5-second gap to Cantillon but the fight was on for third, as Hartley has closed up to Constable to harry the Denim-liveried Tyrrell – but then the McLaren went into a wild spin into Becketts, losing downforce behind the Tyrrell, and when Hartley got going again he inadvertently hit the Lotus of Brooks who navigated around the outside of the carbonfibre McLaren, but seemingly without any consequences for either of them. Now back down into fifth, Hartley had to do all over again.

Behind Brooks and Halusa, Warren Briggs in the McLaren M29 was now up into sixth, with Mark Harrison in the Shadow DN9 behind him in seventh. Ken Tyrrell was back up to eighth while Neil Glover (Arrows A5) and Paul Tattersall (Ensign N179) had also moved ahead of Holtzman in the sixwheeler.

As the minutes ticked away, Lyons set another fastest lap of the race, as Cantillon hung on to his 5-second deficit. Constable now trailed the leader by 16 seconds, but Brooks was slowing – not just Hartley but now Halusa was past too, and then the rest followed. Lyons crossed the line 7.8 seconds ahead of Cantillon, with Constable in third and Hartley in fourth. Halusa took the pre-78 class win, with Briggs, Harrison, Glover and Tyrrell seperating him from class rivals Holtzman and Baudoin.