Spiers/Greensall and Williamson dig up gold at Oulton Park 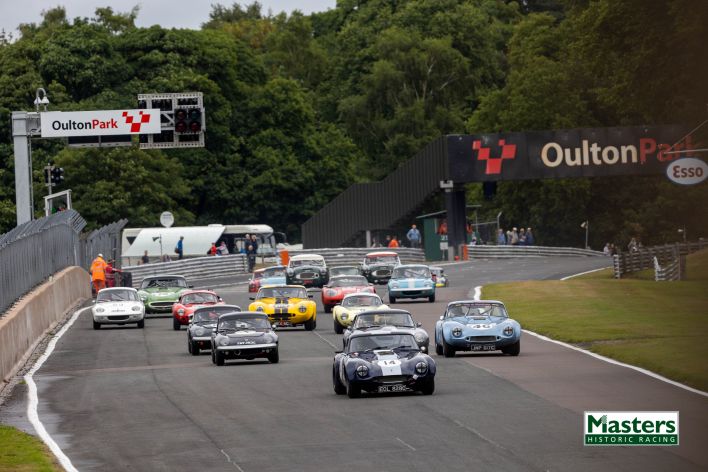 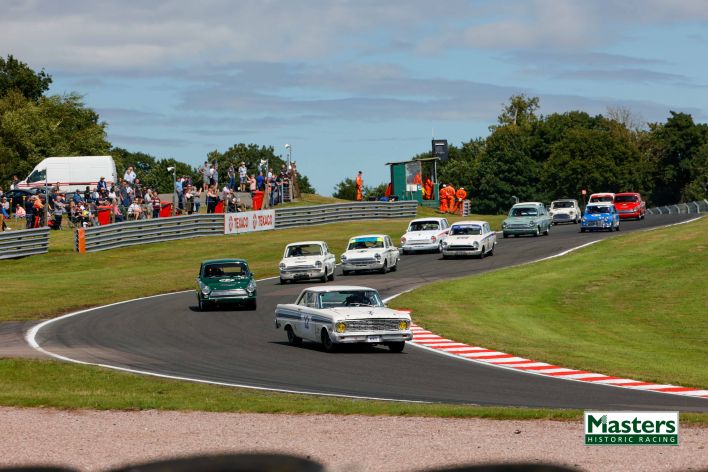 No-one else but the John Spiers/Nigel Greensall pairing was going to win the Cheshire Historic TT at the Gold Cup, as the duo romped home to a commanding victory in the 60-minute Masters Gentlemen Drivers race at Oulton Park. Starting from pole, Greensall drove a storming opening stint to hand his co-driver a 20-second lead over Mike Whitaker’s similar TVR Griffith. Spiers then proceeded to manage that all the way to the chequered flag.

Starting from the second row, Whitaker was soon up into second place, having dealt with the Robert Farrell/Dave Coyne Jaguar E-type started by Coyne that would soon drop away into early retirement. While Andy Willis in third overall did the early running in the CLP class, several of his CLP class rivals would pounce towards the end, Dan Eagling in the second part of the race lifting the Ginetta G4R started by Mark Halstead from sixth to third.

Giles Dawson’s Elan looked set to take fourth but he was robbed when he dropped out on the final lap, handing the place to Mark Shaw’s similar Elan. The Peter Thompson/Mark Hales Griffith grabbed fifth as the last of the unlapped runners. Still classified sixth, Dawson took third in the CLP class ahead of the Ron Maydon/Robin Ward Ginetta G4R and Stephan Joebstl in the Elan 26R started by Willis.

Overcoming their qualifying setback, Crispin Harris and James Wilmoth brought their dented and repaired Austin Healey 3000 home for a strong C2 class win, Harris having already leapt to the front on the opening laps. In the closing stages, the David Smithies/Chris Clarkson Healey stole second in class from the similarly equipped pairing of Mark Pangborn/Harvey Woods.