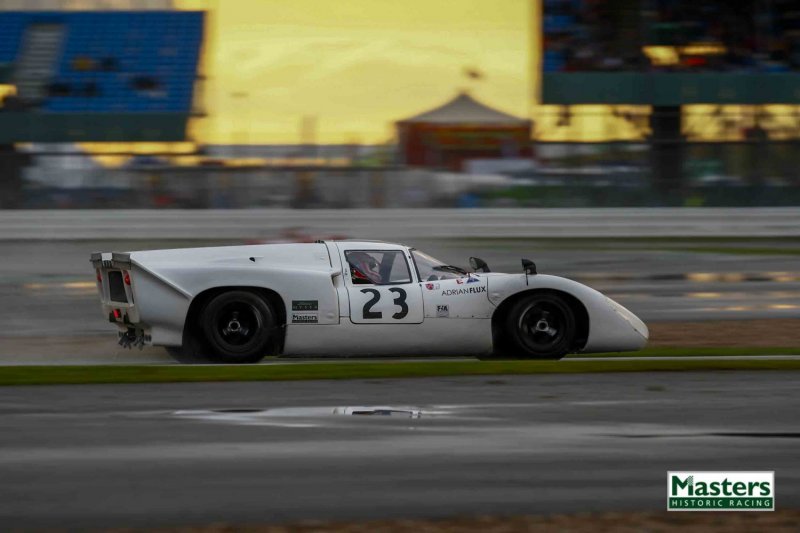 Alex Brundle came through to win a rain-interrupted Yokohama Trophy race for Masters Historic Sports Cars, as the WEC and ELMS star used Gary Pearson’s Lola-Chevrolet T70 Mk3B to good effect as he led home Olly Bryant’s similar machine. Simon Hadfield, in the T70 started by Chris Beighton, narrowly held off Tom Bradshaw whose Chevron B19 was delayed by an early-race spin.

With threatening clouds overhead, Brundle thundered into the lead followed by Bryant but into Brooklands, Bradshaw overcooked it to lose third to Beighton’s T70 Mk3B. With Culver and Haddon up next, it was a T70 1-2-3-4-5 at the front. Chris Fox in the Lola T280 broke the chain in sixth, ahead of another T70 piloted by Robert Beebee, while Martin O’Connell shone to be eighth in the fastest of the Chevron B8s. The B8 qualified well up by Darren Burke but started by Christian Pittard, however, was on the way back down and in P18 after two laps.

Brundle’s quick laps out of the blocks had given him an 8-second lead over Bryant, as the first drops of rain had started to fall. In these tricky conditions, the WEC and ELMS star proved best adapted, as was Tom Bradshaw who was now back up into 12th after his unfortunate temporary exit.

Moments later, however, it was full rain in the Stowe-to-Arena section, and Fox was the first to spin, and then Nicholas Chester was in the gravel in his T70 Mk3. Not before long, even Brundle was off in a huge aquaplaning slide but he recovered. At Vale, though, cars went off left, right and centre, and the safety car was deployed – and only seconds later the red flag was out. Strangely, it was still bone-dry at Copse, but at the other end it was apocalyptical…

With the Silverstone curfew approaching, it was decided to shorten the race to about 15 to 20 minutes, with second drivers doing the remainder of the race after a single-file safety-car restart, with no more mandatory pitstops. In some cases, though, first drivers remained in the car – with, for instance, Gary Pearson allowing Brundle to finish the car. With the clock having started to tick away as the field got away from the line, three laps were completed behind the safety car, with some ten minutes of actual racing left.

Into the first lap at speed, Bryant wasn’t letting go of Brundle, the two leaving Hadfield in the T70 started by Beighton behind. Lynn (in the T70 shared with Haddon) was next, followed by Pink (in the T280 started by Fox), John Emberson in the Chevron B19, Tim de Silva in the Taydec Mk3 – but Tom Bradshaw was picking them off one after the other, as with six minutes left on the clock he was up into fourth. Gonçalo Gomes in the B23 and Calum Lockie in the now leading B8 were equally flying, as they entered the top-ten.

On lap 5, Brundle set fastest lap to open up a two-second gap on Bryant, with Hadfield now trailing by 11 seconds, with Bradshaw 20 seconds down on the leader. Lynn, De Silva, Pink, Gomes, Emberson and Lockie followed along, but Lockie found himself chased by Darren Burke having taken over from Christian Pittard, Burke going for the Bonnier class win in the car that he qualified a stunning fifth. In the Hulme pre-66 class, Needell had the competition covered with the Birch/Newall GT40 and the Jolly/Farthing Cooper Monaco T61M well behind.

At the front, Brundle reeled off the final laps to maintain a three-second lead over Bryant and claim victory, with Bradshaw chasing Hadfield for third but the Lola hung on to fend off the Chevron. De Silva took a fighting fifth from Gomes, with Pink and Emberson up next. Burke and Lockie tussled to the finish, with Burke prevailing to win the Bonnier class. In 14th overall, the Lenham P70 of Simon and Dominik broke the Chevron B8 stronghold by taking third in class. Further back, John Spiers and Tiff Needell cornered the pre-66 Hulme class win in their McLaren M1B, heading the Michael Birch/Andy Newall Ford GT40 and the Chris Jolly/Steve Farthing Cooper Monaco T61M. 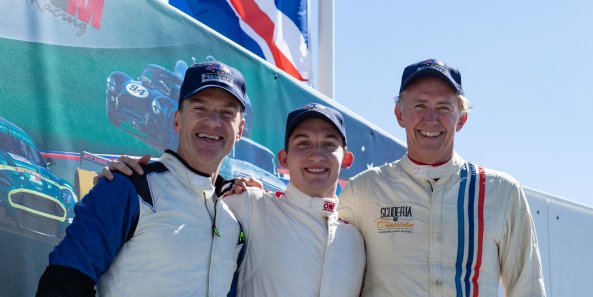 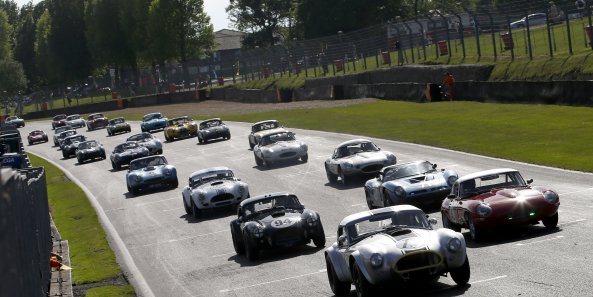