Cal Meeker Victorious in second Masters Historic race at the Circuit of the Americas! 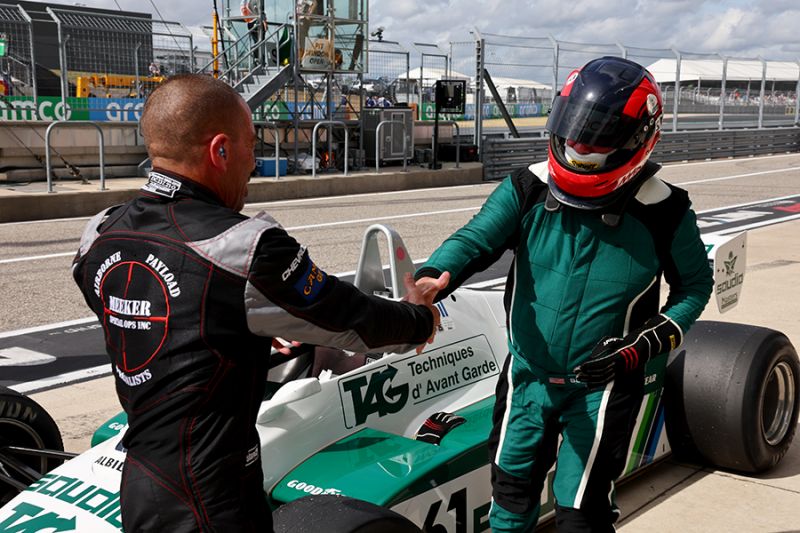 Cal Meeker picked up the victory in the second Masters Historic race of the weekend at the Circuit of the Americas in a dramatic encounter on Sunday morning.

Meeker dropped back on the opening lap, relinquishing the second spot to Jonathan Holtzman, as Race 1 winner Jamie Constable checked out from pole position in fine and sunny conditions.

However, Constable’s pursuit of a perfect weekend was interrupted when the Safety Car was called after Kyle Buxton’s March 77B came to a halt along the back straightaway.

The stricken car was swiftly removed and at the restart Holtzman threatened Constable’s position into the uphill Turn 1 – where drama struck.

As the Tyrrell 011B and Lotus 87B rounded the hairpin the two cars tangled, with Constable’s car launched skywards and sustaining damage as it bounced back down onto the tarmac.

Constable was out, and parked his car in a safe spot, and while Holtzman was able to continue Meeker snuck through to grab the lead in his Tyrrell 009.

From there, Meeker was never headed as he preserved a slender but comfortable buffer over Holtzman, with the race finishing behind the Safety Car after separate late issues for Laurent Parmentier in the Chevron B39 and Dave Zurlinden in the Ralt RT1.

However, while Holtzman crossed the line in second the race stewards ultimately handed him a time penalty due to the clash with Constable, dropping him down the timing board.

That meant the fight between Lee Mowle and Bud Moeller turned into a jostle for the runner-up position.

Moeller shadowed Mowle and made a move along the back straightaway, moving his Williams FW08 ahead of the Lotus 78/2, mere moments before the race-ending Safety Car was brought out. 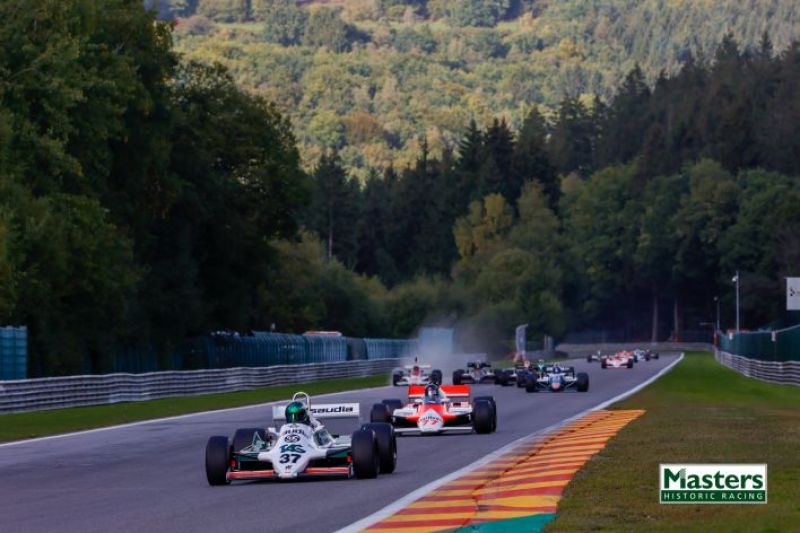