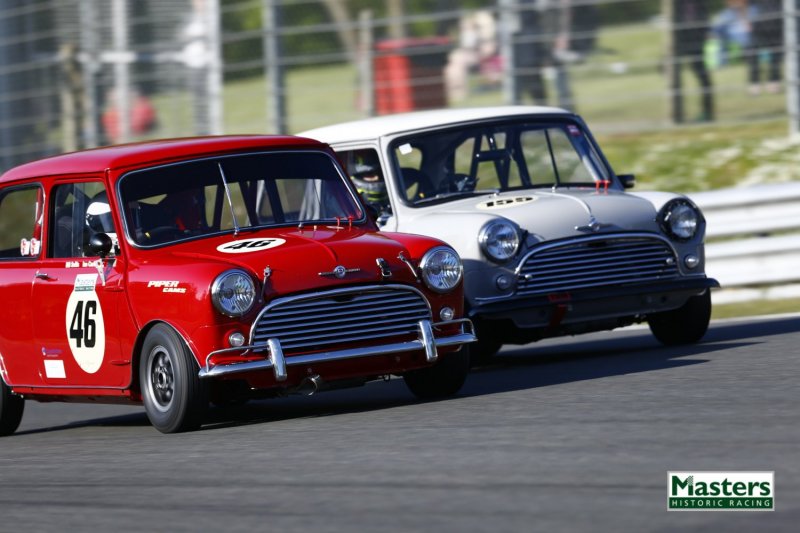 Ian Curley won an exciting first Pre-66 Mini race at Brands, fending off a late challenge by Nathan Heathcote, as the pair got the upper hand on polesitter Jeff Smith.

Curley stole the lead out of Druids on the opening lap after Heathcote hit the grass and wildly slid across the track, yet somehow missing every other Mini around. Recovering from fifth, the youngster soon dealt with Michael Cullen and Ollie Streek to reclaim third before reeling in and passing Smith.

Towards the end, Curley, who initially maintained a two-second gap to Smith, and then to Heathcote, saw his lead diminishing quickly, resulting in a couple of hugely exciting final laps. Despite losing first place for a few moments, Curley hung on to take the win.

After a clean start, there was trouble at Druids, with Nathan Heathcote all over the place but without swapping paints with any of his rivals. It did cause Jeff Smith to lift off and avoid, as Ian Curley snatched the lead, with Michael Cullen and Ollie Streek moving up into third and fourth respectively. Meanwhile, at the back, Dan Wheeler and Elliot Stafford were recovering from their lowly starting positions.

In front, Curley produced the fastest lap of all so far to lead Smith by – in Mini terms at least – a massive 2.6 seconds. Behind the leading pair, Heathcote was busy compensating for his opening-lap shenanigans, as he clocked fastest lap on his way past Cullen and Streek to snatch back third. Streek in turn had Dave Edgecombe climb all over the back of him, with Nick Paddy also joining the fun in this group of pursuers. Matthew Page was alone in eighth, while Jo Polley moved ahead of Tom Westley to lead the next group.

Halfway into the race, Curley maintained a two-second lead but with another fastest lap Heathcote was homing in on Smith, as the front three had dropped the group led by Cullen at the tune of six seconds. On lap 6, Heathcote went around the outside of Smith into Paddock Hill Bend to take second. Then, in his attempt to get back on terms with his rival, Smith went fully sideways into Sheene’s but made a great save to continue his fight with Heathcote. Almost simultaneously, Streek dropped out from the fight for fourth, leaving Cullen to fight Paddy. In sixth, Edgecombe had lost touch with Cullen and Paddy, and was falling back into the hands of Matthew Page.

With four minutes to go, Heathcote wasn’t giving up as he slashed down Curley’s lead. With a sub-1.50 fastest race lap, Heathcote was the latest of the late brakers into Paddock Hill Bend to momentarily take the lead but Curley recovered into Druids. On the penultimate lap, Heathcote was left, right and centre as he tried to find a more permanent way past, but Curley defended bravely.

Strangely though, the marshals positioned at Surtees erronously guided the field back into the paddock while the race was still on its final lap. This meant that a confused Curley took the win ahead of Heathcote and Smith, with Paddy winning the battle of the pursuers. 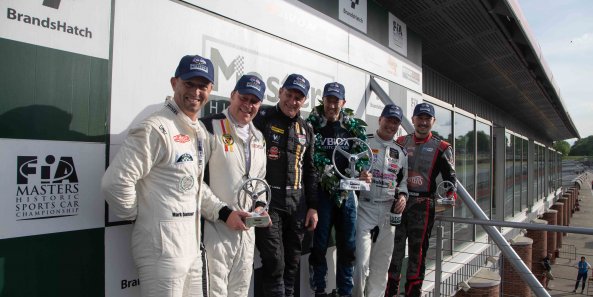