Danny Baker did it again! 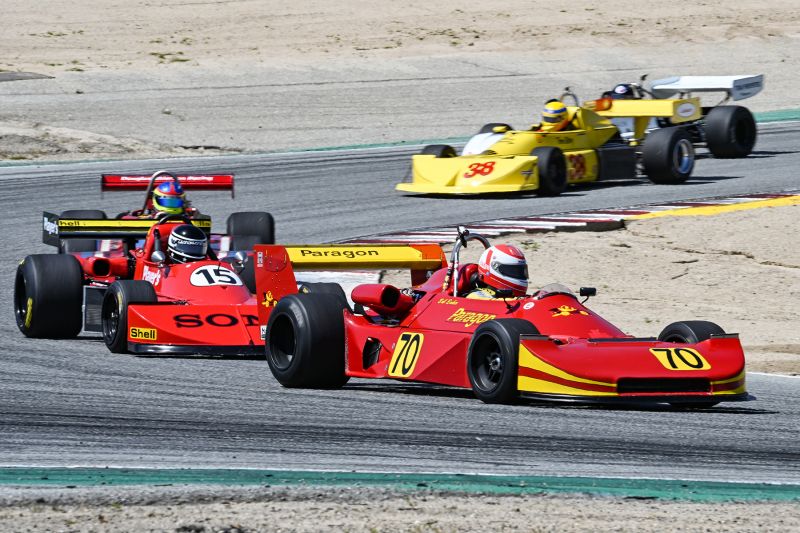 Baker took fastest lap with a 1:24.830s but holds his competition in regard: “Wade being behind me keeps me moving … There’s no chance for me to take it easy so I tried to turn a qualifying lap every lap, and after the 15th lap I was just looking at the starter like… can you please throw the checkered flag? I’m beat! I’d almost thrown the car a couple times, my rears had gone off but it was super fun.”

Unlike yesterday, today’s race was free of safety cars, but a few cars were unable to finish a full race distance.

Early on, Dwight Matheson felt a drop in power with his March 76B and retired the car on lap 4, while Steve Cook (Chevron B27) continued worked his way up to 3rd overtaking Stephen Romak (March 80A) and then Todd Willing (March 78B) when an exhaust leak spotted on the car forced him out of the running late in the race on lap 16.

Tom Minnich (Ralt RT4) shared close racing in 6th behind Chris Bender (March 76B) until Bender went off the circuit 3 laps from the end at turn 10. Minnich went on to finish 5th with Gray Gregory’s Chevron B39 behind in 6th.

Gregory’s race today made up for his off in qualifying and late race retirement yesterday when a replacement brake caliper for his right front was found. After dealing with failures the previous two sessions, determination finally paid off for Goodson, who shared: “It finally was good today, brakes held in there the whole session. I got to where I could see Tom and Chris, and Chris went off so I made up some time there at the end.” 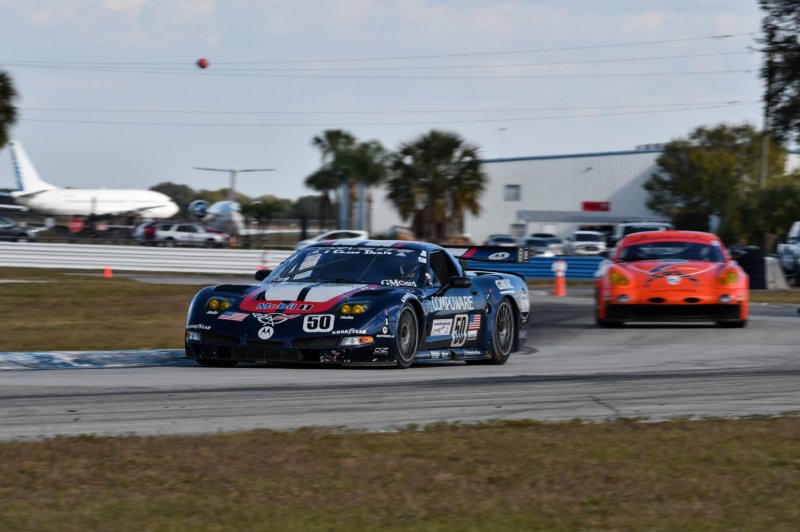