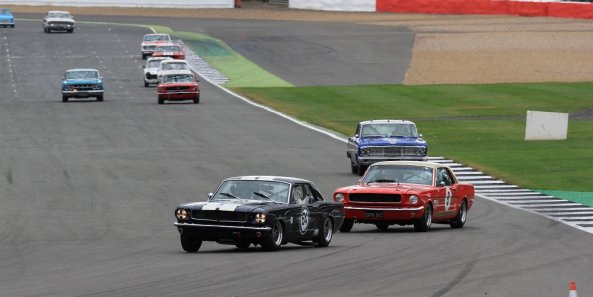 The Pre-66 Touring Cars presented an amazing mix of big-engined American machinery, joined by more modest Lotus Cortinas and cheeky Austin Minis. Sean McInerney was on pole in the Mustang and held his lead at the rolling start as Leo Voyazides spun spectacularly across the front of the pack after an incident at Village. There was a domino effect which created a shuffle in the order, meanwhile Craig Davies grabbed the lead at Brooklands, but McInerney passed again into Club to lead over the line at the end of lap 1.

Nigel Greensall's Falcon was in third ahead of the battling Burton (Mustang) and Wills (Mercury Comet Cyclone), then Michael Gans in the leading Cortina. Ahead, Craig Davies grabbed the lead again at Luffield but with ten minutes gone, McInerney sadly slowed and retired from the absorbing lead tussle. As the Morris/Davison Cortina grabbed 6th place and THS lead briefly from Michael Gans, Roger Wills caught up with Mark Burton in the Mustang, which was now suffering gearbox problems. The pair tussled through Village but the Mercury asserted itself by the end of the Wellington straight.

Craig Davies had a 3 second lead from the Huxley/Greensall Falcon, followed by Wills, Burton, Gans and now Rob Fenn's Mustang as the pit window neared. There was some confusion over the pit window timing but Gans handed over to Andy Wolfe, Mark Burton handed the ailing Mustang to Eugene O'Brien, as the leading duo pitted together.

After the pitstops, Craig Davies held a convincing 12 second lead from Greensall, with Roger Wills in third but Andy Wolfe now in fourth, setting best sectors in his pursuit of the smoky Cyclone. Nigel Greensall sadly retired the Falcon from second, promoting the tightest battle of the race to second and third. Behind, crowds were entertained by the mesmerising formation Minis of O'Connell and Wheeler, the contest eventually being decided in O'Connell's favour.

With 9 minutes to go, Craig Davies' advantage was 24 seconds ahead of Wills, Wolfe, O'Brien, Fenn and Beighton, who then passed Fenn into 5th. Andy Wolfe was now one second behind, and sometimes to the side of Roger Wills, both cars assuming all kinds of unlikely angles through Silverstone's corners as they sought a balance between power and grip.

At the flag, Roger Wills held off the ?worrying" Andy Wolfe for second place as Craig Davies took a well-managed win in the Mustang, praising his team for having completed work on the car just a few minutes prior to the race. However, a penalty was applied to the Gans/Wolfe car for stopping outside the pit window, which promoted Ben Beighton to third overall, without costing the Cortina its THS victory. The entertaining Mini of Lewis/O'Connell won THD. 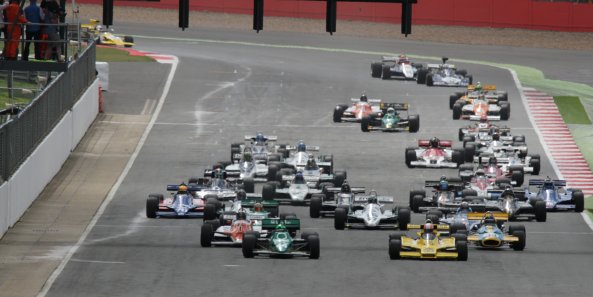 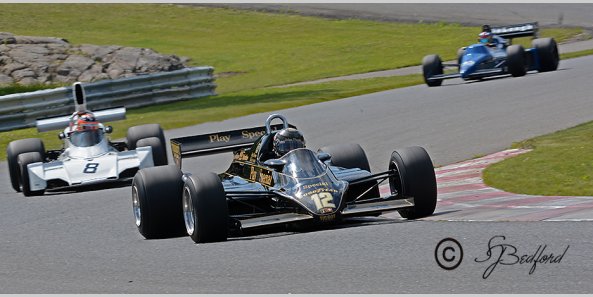 Thornton - Double winner in the mountains of Mont Tremblant! 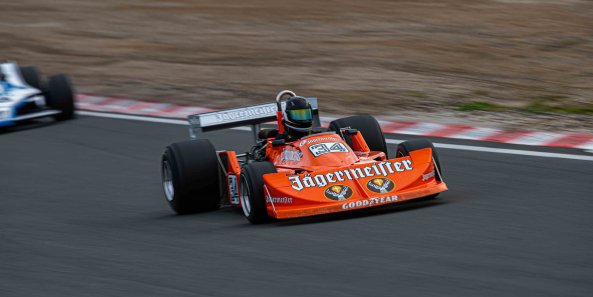