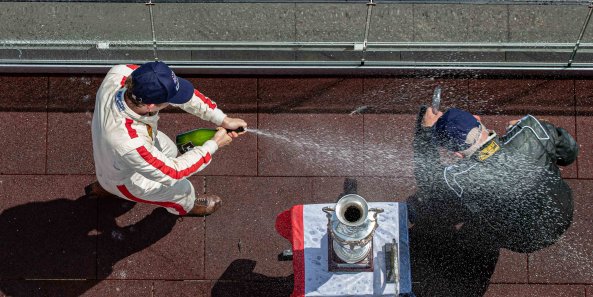 Matteo Ferrer-Aza survived a chaotic first few laps to take his ex-Jacques Laffite Ligier JS11/15 to a popular FIA Masters Historic Formula One victory, in front of the car's home crowd and in the presence of its former driver. It was the Italian's third win of the season.

**?Just about! I had to take more than evasion action!" said Ferrer about everything that happened on his way up from fifth on the grid, as a tumultuous few opening laps saw Henry Fletcher (March 761) and Soheil Ayari (Ligier JS17) clash at the second hairpin and Christophe d'Ansembourg (Williams FW07C) spin right in front of him.**

From pole, Hartley had led away but soon had Ferrer in hot pursuit. Mike Cantillon (Williams FW07D) took up third position while pre-78 class leaders Jason Wright, Andrew Haddon and James Hagan all moved up in the mel?e of the first laps.

**?I had an advantage starting from pole", said Hartley, ?so I didn't notice any of that!"**

After a brief safety-car interlude the green flag was waved on lap 6, and on the next lap Ferrer grabbed the lead while Haddon moved ahead of Wright in the pre-78 class battle for fourth overall. Meanwhile, the man on the move was Jonathan Holtzman in the Lotus 87B, the American making his way through from his lowly grid position, passing Wright for fifth on lap 9, and Haddon on the lap following.

From then on, Ferrer controlled a 1.5-second lead from the front to take his third win of the season from Hartley, Cantillon and Holtzman.

**?There was lots happening", Cantillon said about surviving the first-lap mayhem, ?but I had a great race after that. I couldn't catch Steve, though, he was really good."**

Haddon brought home the pre-78 class win ahead of James Hagan after Jason Wright and Mark Hazell (Williams FW08) touched on the final lap. Hazell's demise handed post-83 honours to Georg Hallau (Theodore N183), the German finishing seventh overall, ahead of local hero ?Mr John of B' in another Ligier JS11/15. Wright and Hazell were classified ninth and tenth, which still meant third in class for Wright.

**?It was hot!" said Hagan. ?Whenever you're driving the car you don't feel it but when you stop?"**

?I didn't have the pace today", said Wright. ?I was really struggling. And then that final lap ? all this hard work?" 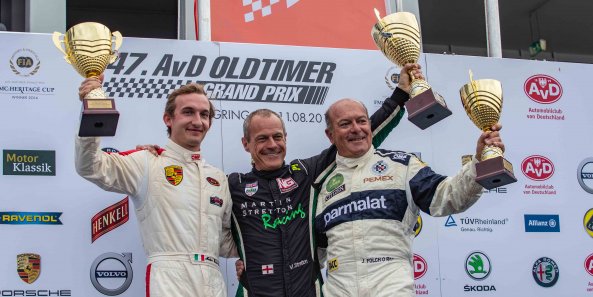 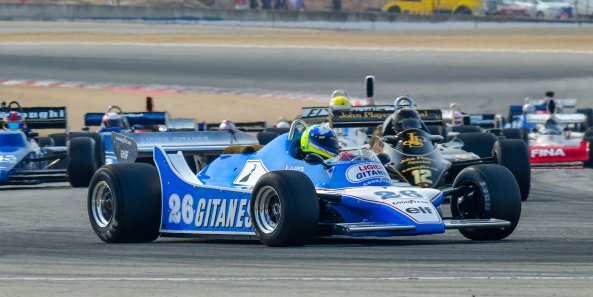