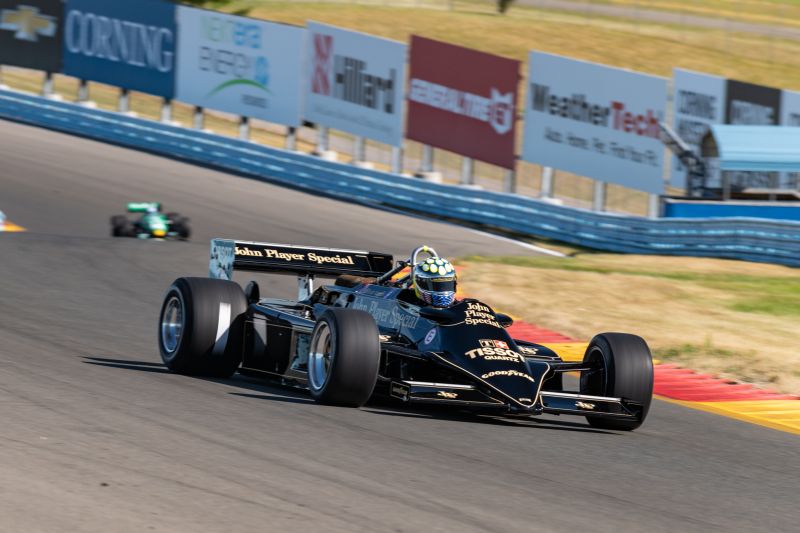 Jonathan Holtzman only led a single lap but it was the one that counted, as the American pounced on Jamie Constable late in the race to win the second Masters Racing Legends USA race at Watkins Glen. Race 1 winner Constable had surged through the field from a reversed grid, taking the lead on lap 5, with Holtzman following him though, but towards the end Holtzman’s Lotus 87B closed right up to Constable’s Tyrrell 011B passed and repassed each other before the Briton retired his car with a damaged front wing due to contact with a backmarker.

Bud Moeller had been the early leader in his Williams FW08 and came home in second place, 1.4 seconds in arrears of Holtzman, the pack having bunched up after a late caution period for Doug Mockett’s Penske PC4 braking its input shaft and stopping out on track.

Lee Mowle’s Lotus 78 ended up in third, theBrit also fighting his way up past a fight for pre-78 class honours eventually won by Ron Maydon’s Lec CRP1 after a race of attrition that ruled out James Hagan’s Hesketh 308, Chris Locke’s Lotus 77 and Gray Gregory’s March 761 right at the end.

In the final race of the Masters Historic Race Weekend at Watkins Glen, a reversed grid start produced Bud Moeller as the early leader, the American’s Williams FW08 having faltered on the previous day. After the opening lap, he was followed by James Hagan’s Hesketh 308, Doug Mockett’s Penske PC4 and Ron Maydon’s Lec CRP1, while Lee Mowle in the Lotus 78, Saturday’s winner Jamie Constable in the Tyrrell 011B and Jonathan Holtzman in the Lotus 87B were making their way through already, having passed Chris Locke’s Lotus 77 and Gray Gregory’s March 761.

Constable’s pace was such that the Briton was up into P3 on lap 3, having moved ahead of Mowle, Maydon and Mockett, with Holtzman following him through into fourth. Moeller still led, though, 3.4 seconds from Hagan, who soon had Constable on his tail. Next time around, both Constable and Holtzman got past the Irishman to set after the Williams in the lead. Further back, Mowle’s progress was halted by Mockett and Maydon, both keeping the Lotus 78 back down in sixth place.

Constable was right up with Moeller at the start of lap 5, and sure enough the Briton swept into the lead before the end of the lap, with Holtzman trailing the lead duo by three seconds. Hagan was now ten seconds down on Moeller, the Irishman leading Maydon by three seconds to still hold the pre-78 class lead. Seven seconds down on Maydon, Mowle had finally made it past Mockett to take fifth.

At the halfway point, seven laps into the race, Constable led Holtzman by 2.3 seconds, the latter having passed his countryman on lap 7. Moeller was in a safe third, though, as Hagan trailed the FW08 by 17 seconds and producing similar lap times. Up front, Holtzman was homing in on the leader to make it a two-horse race for the win. Holtzman and Constable passed and repassed each other, but soon Constable was in trouble, his Tyrrell suffering from a broken front wing from clashing with a backmarker while trying to keep ahead of Holtzman.

Meanwhile, the fight for the pre-78 class win was equally on, since Maydon was now on the Hesketh’s gearbox. At the same time, Mowle was closing on both Maydon and HaganHag, the Lotus now three seconds adrift of the warring pre-78 pair, while behind them almost simultaneously Gray Gregory’s March 761 retired to the pits and Doug Mockett’s Penske PC4 came to a halt on the track.

This brought out the safety car, bunching up the entire field. The cars were released again on lap 10, but the drama wasn’t over yet – as Jamie Constable decided to retire from the race, the damage to his front wing too much to continue. This allowed Holtzman back into the lead, albeit with a part of Constable’s front wing still lodged into his own front wing, but he held on, followed by Moeller, Mowle – who had swiftly dealt with Maydon and Hagan – while the two pre-78 class rivals had switched positions themselves. Behind them, Locke was another retirement, his Lotus 77 giving up on him on the last stretch home.

And so, Holtzman came away with a last-gasp win as well as fastest lap of the race, as the American led home countryman Moeller, with Mowle completing the podium. Maydon took fourth and the pre-78 class win as Hagan crashed out on the final lap. 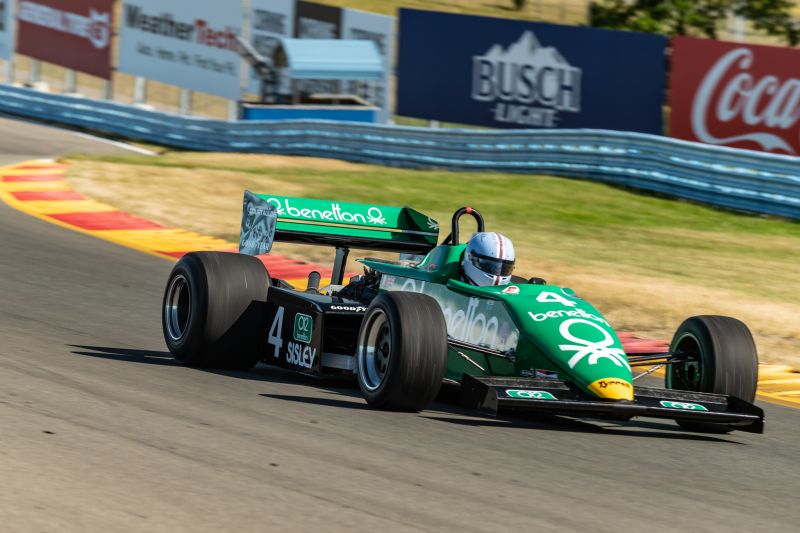 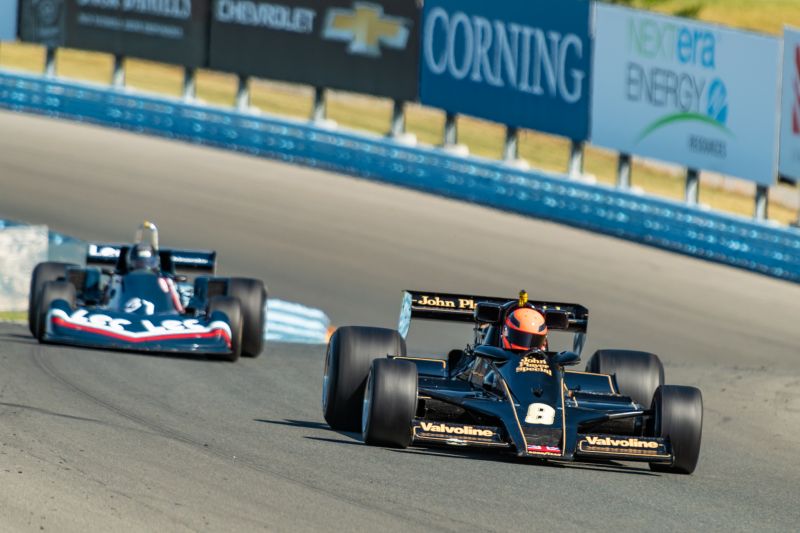 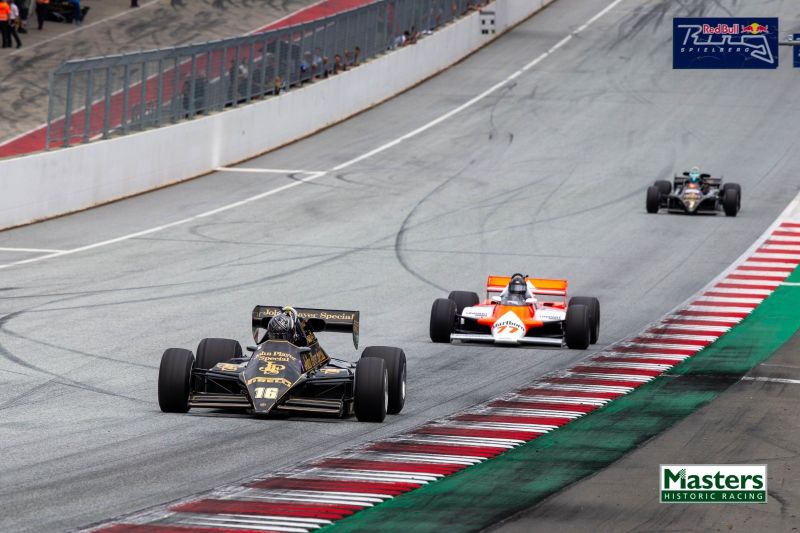