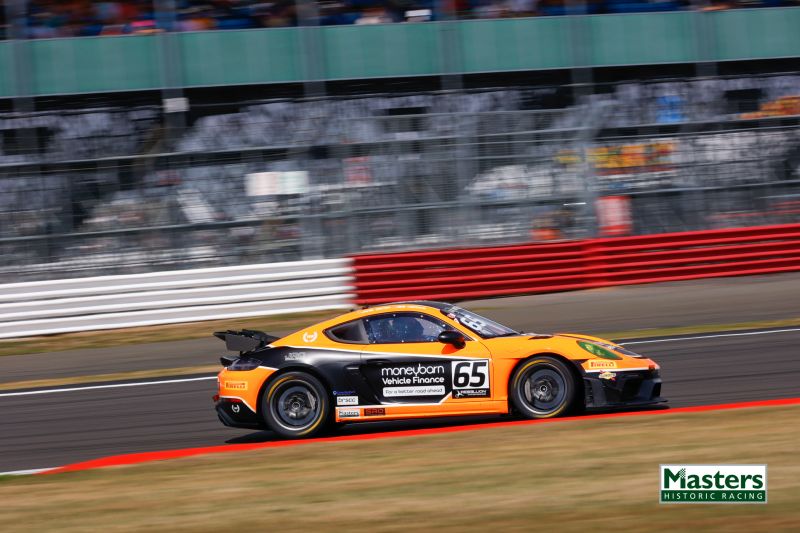 
“We get along very well”, said Hopkins about his British GT4 rival. “So it’s nice to be on the podium together. It’s been a good day, and it’s nice to have this one-off event here.”


“Obviously, Silverstone is the home of British motorsport, and I’ve had a great time”, said Tomlinson. “It’s amazing to get to race at this fantastic event.”


Tomlinson was initially challenged by David Vrsecky in the Mercedes AMG GT4 but the Czech’s attack soon faded. Halfway into the race, Vrsecky’s teammate Aliyyah Koloc looked to be closing but in the end Vrsecky opened back up a 13-second gap. The best entertainment of the race was provided by Craig Wilkins in the Toyota GR Supra GT4 and the two McLaren 570S GT4s of David Foster and Danny Henrey, with Wilkins coming through to snatch fifth.


In the second of no less than five Masters races on the Classic’s Saturday, the inaugural Masters GT4 Challenge got going with Seb Hopkins flying away in the lead while David Vrsecky challenged Freddie Tomlinson right from the start. After the opening lap, the Porsche 718 Cayman led the Ginetta G56 by 2.9 seconds, with the Mercedes AMG GT4 six tenths behind. Vrsecky’s teammate Aliyyah Koloc was fourth, eight seconds behind after two laps, followed by Danny Henrey and David Foster in a pair of McLaren 570S GT4s, the latter demoting Cup class leader John Dickson in the Lotus Evora to seventh overall. Further back, Chris Griffin led the Classic class in 11th overall.


Three laps gone, and Hopkins’ lead had grown to 4.6 seconds, with Tomlinson having opened up a 1.3-second gap to Vrsecky. In seventh, Craig Wilkins in the Toyota GR Supra GT4 had made up a place at the cost of Dickson, and immediately took the fight to Foster’s McLaren in sixth. On the edge of the top ten, Classic competitors Griffin and Martin Addison in a similar Aston Martin Vantage GT4 were the movers and shakers, Griffin pinching tenth from Daly, with Addison moving up into 12th ahead of Stephen Walton’s AMG GT4 and Keith Frieser’s Porsche Cayman Clubsport.


On lap 5, Hopkins’ lead had stabilised to 4.7 seconds, but Vrsecky had been forced to let Tomlinson go, the Czech now trailing the Ginetta by five seconds. Koloc was a lonely fourth, with Henrey chased for fifth by Foster and Wilkins, the latter sweeping through into Vale to demote Foster to seventh. Behind them, Greg Evans in the Ginetta G55 Supercup relieved Dickson of the Cup class lead to move up into eighth overall.


At the halfway point, Hopkins looked in control in front, now 5.5 seconds away from Tomlinson. In third and fourth, Koloc was slowly reeling in team mate Vrsecky, while the fight for fifth between Foster, Henrey and Wilkins continued, the former now in fifth, ahead of the other two.


Meanwhile, with nine minutes still to go, Hopkins led imperiously, keeping Tomlinson at 5.7 seconds, while the rest of the gaps further down the field had also stabilised. The same held true with four minutes still on the clock, apart from those three fighting over fourth place, where Wilkins in the Supra seemed to have finally dealt with the McLarens of Foster and Henrey.


So now we were looking at Hopkins bringing it home, as he duly did after 14 laps, leading Tomlinson across the line by 7.3 seconds. In third, Vrsecky finished 17 seconds in arrears of the leader, with Koloc in the second Mercedes a further 13 seconds adrift. Wilkins was fifth ahead of Foster and Henrey, while Greg Evans cornered the Cup class win from John Dickson. In 11th overall, Chris Griffin took the Classic class victory ahead of Martin Addison in 13th. 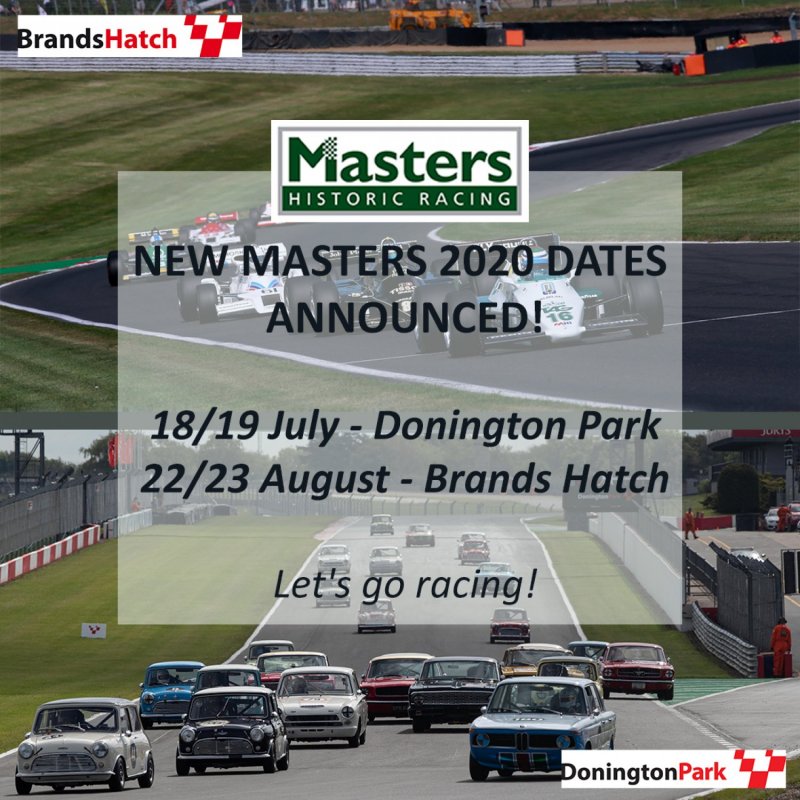