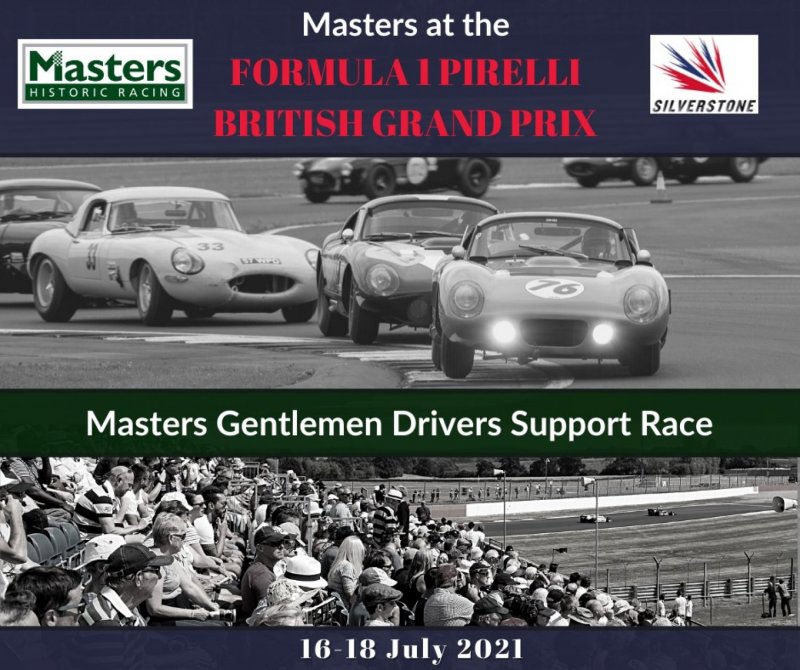 The sights and sounds of 1960s GT cars are set to give Formula 1 fans a real treat at Silverstone next week, as two Masters GT Challenge races from a mouth-watering set of manufacturers, will take to the track in front of a huge returning crowd for the FORMULA 1 PIRELLI BRITISH GRAND PRIX 2021.

Two sprint races will take place over the weekend of July 16-18 and Pre-66 GT cars, including English marques such as Jaguar, Aston Martin and Lotus, will line the Silverstone track, taking fans back to Le Mans-style international endurance racing from the days of Jim Clark and Graham Hill.

With a timetable change triggered by COVID travel issues, the planned Porsche Supercup race has been replaced by Masters Historic Racing. The Masters event will showcase a grid of 36 glorious Pre-66 GT cars, the maximum permitted, for one qualifying session and two races over the three-day event.

â€œWe are absolutely delighted to be invited by Formula 1,â€ says Masters Historic Racing Founder, Ron Maydon. â€œItâ€™s great to know that British F1 fans have two more opportunities to see our cars compete on British soil in 2021 â€“ the first was at Donington Park earlier this year, closely followed by Brands Hatch with a third opportunity coming up at The Classic, Silverstone, and now too at the British Grand Prixâ€, he added. â€œThe fact that we have been asked to organise a support race at the British Grand Prix certainly reflects the quality of the show we had put on in the past with GP support races under our belt at Singapore, Montreal, Austin, Mexico City and, of course, the British Grand Prix at Silverstone. Iâ€™m sure that we will evoke many wonderful memories for the spectators as well as fascinate the younger crowd.â€
Silverstone Managing Director Stuart Pringle said: â€œI am really pleased that our friends at Masters Historic Racing and so many enthusiastic competitors are set to entertain us at the British Grand Prix. At very short notice, they have been able to generate an amazing grid and I am sure that fans will be treated to a fantastic pair of races.â€

The Masters GT Challenge will run two 30-minute sprint races during the weekend â€“ one Saturday morning and one Sunday morning â€“ for cars compliant to our Gentlemen Drivers Pre-66 GT series. Fans can expect to see ground-shaking AC Cobras take on Jaguar E-types and TVR Griffiths, with Lotus, Porsche and Aston Martin all taking to the track too. Masters Event Director Rachel Bailey says â€œThese new races promise to be the highlight of the season for these drivers and proof of how excited they are was how quickly we reached the full entry number. We look forward to setting the stage with a glimpse back in time to stunning British racing history, before handing over to Formula 1 to cheer on the spectacular array of current British racing teams including Aston Martin, McLaren and Williams' as well as young British drivers Lando Norris and George Russell!â€

Further details of the event can be found on the Masters website. 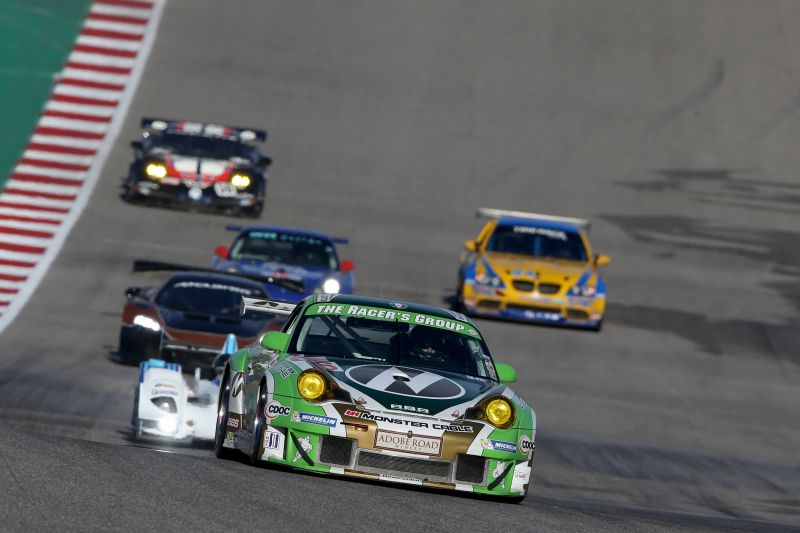