Masters Celebrates its US Champions! 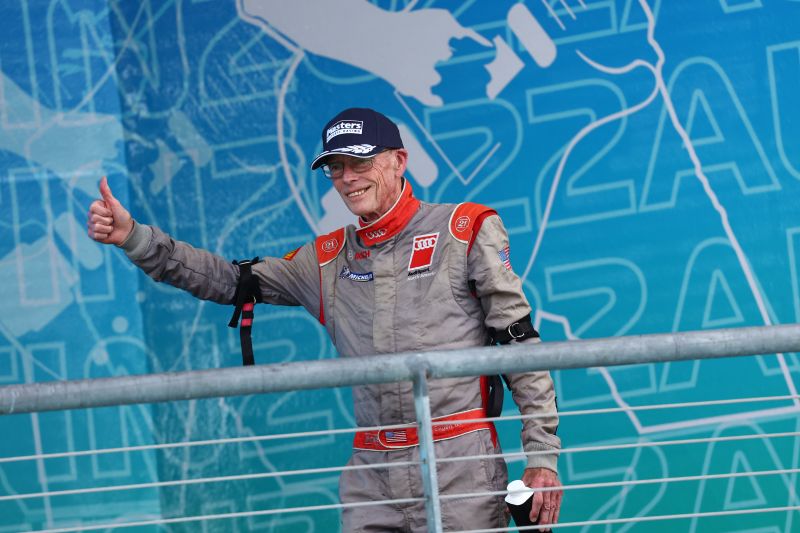 The Masters 2022 US Tour took place on some great North American tracks as well as a trip across the border to Canada for Mosport in July!  The 2022 US calendar suffered from some event and run group changes, however, that did not diminish the great racing and camaraderie seen throughout the season.

From WeatherTech Raceway Laguna Seca in April to joining IMSA and NTT IndyCar Series events at Detroit in June, the Canadian Tire Motorsport Park with IMSA again and Watkins Glen in July, and then the season finale for the support races to the United States Aramco Formula 1 Grand Prix at the Circuit of The Americas at end of October, the Masters US action has continued to wow the spectators throughout!

A big congratulations to our US winners from this year and a massive thank you to all of those that raced with us!  Drum roll please….. Without further ado, here are the Masters 2022 US Winners!

Travis Engen takes a well-deserved victory in the Prototype Classes for Masters Endurance Legends USA. Travis is a long-standing MEL driver from the very start of the series in the UK & Europe in 2017 and rarely misses a MEL race. The 2022 season being no exception where he competed in all the MEL races in his beautiful 2005 Audi R8 LMP1 car.

Taking the second slot, Jim Devenport joined us for the first time at WeatherTech Raceway Laguna Seca in April having bought the ex- Keith Frieser 2012 Oreca 03 LMP2 car. Straight from the first session, Jim showed his pace and kept his fellow competitors honest, allowing him to take the 2nd place in the MEL Prototype Class.

The 3rd place in MEL Prototype Class goes to young Alex Berg in his family-owned 2006 Elan DP02. The 16-year-old left an indelible mark on the MEL grid at COTA after finishing 2nd overall in the support race on the Sunday.  His outstanding drive left his fellow drivers and spectators stunned as he weaved his way through a strong field.

In his distinctive Hot Wheels 2016 Porsche 991 GT3R, Doug Baron, who joined MEL in 2019, was again a regular in the Masters’ Paddock this season. The eye-catching car was matched by Doug’s great performances on track with some fantastic class battles taking him to the MEL GT Class win this season.

Loren Beggs, who won in 2021, was pipped to the post this year by his team-mate Doug Baron, but held on to take a fantastic 2nd place.  Loren and his famous Flying Lizard 2004 Porsche 996 RSR first joined Masters Endurance Legends USA in 2019 and he has barely missed a Masters race since!  As the owner of the 911 Design race team, Loren always brings along multiple beautiful Porsches to race at Masters events.

In 3rd place, Marcus Jewell made the move to California and started his US racing with us at the end of 2021, and since then he has made the most out of racing both sides of the pond. Marcus, in his 2002 Porsche 996 RSR, scored points at most of the races this season, only missing the Chevrolet Detroit Grand Prix in June.

With a busy season competing in Europe and also in the US, Jonathan Holtzman managed to go one step higher in the US, winning the Championship in his Lotus 87B.  It was a very tight battle in the end with fellow Lotus driver Lee Mowle with Jonathan holding on to take class wins at Watkins Glen International and a points haul at COTA which led to his championship win this season.

Commuting from the UK to race in the US races, Lee Mowle successfully drove the Classic Team Lotus-owned Lotus 78/2 from the MRL USA races at the Canadian Tire Motorsport Park onwards earning himself a 2nd place in the championship. We saw some great racing battles between Mowle, Holtzman and Bud Moeller at all of the three race weekends they participated in.

Masters US Regular Bud Moeller had a successful season with the 1982 Williams FW08 that he purchased last year, achieving 3rd position in the Head & Lauda Classes in a very tight battle with Jamie Constable who finished 4th. In the end, at COTA, Moeller managed to score enough to win 3rd place.

Masters Supremo, Ron Maydon, won the MRL Fittipaldi and Stewart Class USA Championship as well as having successes in our European series! Ron’s trusty 1977 LEC CRP1 was shipped to the US after the Historic Monaco GP, and was then competed successfully from the Canadian Tire Motorsport Park onwards. Except for one race, Ron took a class win at all the races he competed in, leading him to the title.

In his 1976 March 761, Gray Gregory pushed Ron Maydon all the way and enjoyed some great battles on track during the season! Congratulations to Gray on a well-earned 2nd place!

Even with a season curtailed midway due to a freak injury (caused by walking into a beach restaurant in Zandvoort in July), James Hagan managed to get enough points at Watkins Glen International to take 3rd place in his 1974 Hesketh 308.  We are looking forward to getting James back on the grid next year!

Danny Baker was the man to beat this year in Masters Formula Atlantic Plus! A Masters regular since the year dot, Baker raced his 1979 Ralt RT1 at all our events this year, including making the trip to Mosport in Canada. He made his presence known in his gutsy little Formula Atlantic in a field shared with the Masters Racing Legends this year.

Fellow driver, Steve Cook, took second in the Championship in his Chevron B27. After some close but fair battles with Baker, class wins at WeatherTech Laguna Seca in April and at the United States Formula 1 Grand Prix at COTA helped propel him to the lofty heights of the points table.

Kyle Buxton has been racing his March 77B with us since MFAP was launched last year, and he continued his support of the series this year to great success with his small family-run team. Kyle always was up with the front runners at the sharp end of the grid, only missing the Canadian Tire Motorsport Park race this season.

We were happy to welcome Tom Minnich back to Masters this year after a long break.  He immediately made his mark on his return in the MFAP series, winning the Pre-1986 Class in his 1982 Ralt RT4.  There were some close battles with fellow drivers Steve Romak and Martin Lauber, however, in the end, Minnich managed to bag the points he needed to win this season’s Championship!

Masters regular, Steve Romak, managed to score the necessary points at only one race weekend in his 1980 March 80A to become 2nd in the MFAP championship this year. He won both races in his class at the start of the season.

First-timer Mike Thurlow made his maiden appearance in MFAP at COTA in the support races to the United States Formula 1 Grand Prix.  Mike’s 1984 Ralt RT4 climbed up the Championship standing following his performances in Austin into third position.

Many Congratulations to all our US winners this year!  We are busy working on the 2023 US Schedule which we hope to have with you shortly!

Masters Celebrates its US Champions!