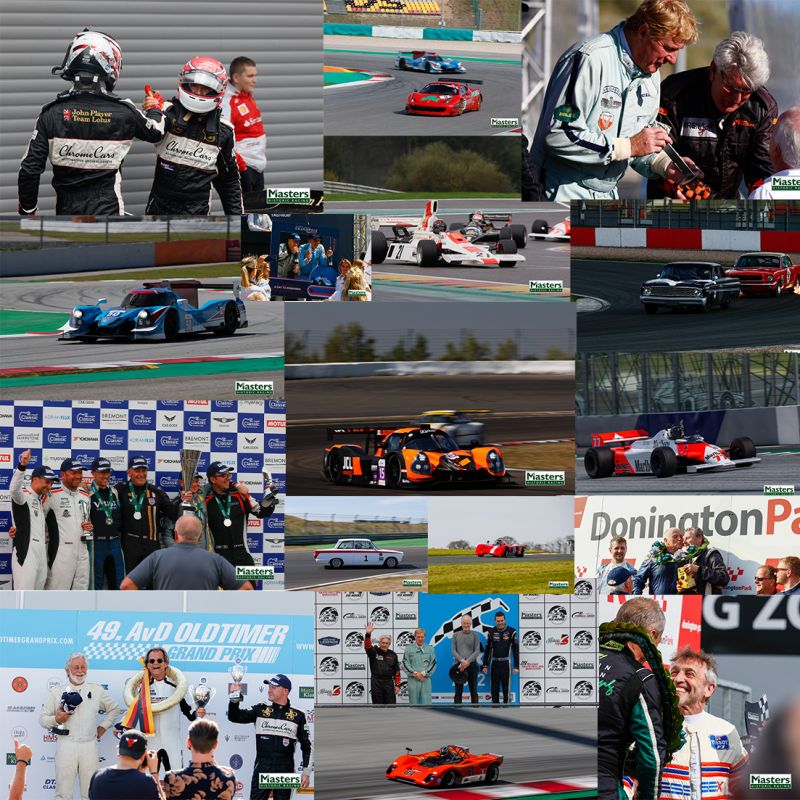 In a season of outstanding racing battles and magnificent rivalries in almost every grid, no less than nine drivers were crowned champions of the exciting 2022 UK & European Masters Tour!

From an early start at Barcelona in April, through to the season finale at Portimao, it has been a bustling year with plenty of fantastic racing to look back on. With almost every title still up for grabs ahead of the final round at the Algarve Classic Festival, tension mounted during every single race at the Portuguese track. Remarkably, in one case the title decider failed to decide anything at all after a tie was declared – creating even more champions!

Everyone at Masters Historic Racing extends their warmest congratulations to all the winners and a massive thank you to everyone who competed with us this year!  Thank you for making it a fantastic season that celebrates each driver, their historic cars and unique stories in the world of historic racing!

In the Masters Racing Legends series for 1966-’85 Formula One cars, Steve Hartley (McLaren MP4/1) had the post-78 championship wrapped up at the previous round at Spa, but Patrick d’Aubreby (March 761) and Jonathan Holtzman (Tyrrell P34) both came to Portimão tied on points for the pre-78 title. Eventually, the Frenchman did the business by winning both of his races to be crowned the new pre-78 champion. James Davison (Hill GH1) took a distant third having competed at Spa.

Meanwhile, in the first four rounds of the championship, Hartley took at least one win every weekend to build a post-78 lead that proved unassailable for Marco Werner (Lotus 87B and 91) and Steve Brooks (Lotus 81 and 91). After that, one more win at the Nürburgring was added to Hartley’s total of six victories, with additional points scores putting the Briton further out of reach.

The fight for the Masters Endurance Legends prototype title boiled down to a straight fight between three Ligier P3 class drivers – the Stephan Joebstl/Andy Willis pairing and Ron Maydon. With Maydon taking two class wins at Portimão, seconded by Craig Davies, the three rivals ended up equal on points, all having racked up numerous wins over the season. As the regulations state that the respective age of the cars is the decider in case of a dead-hear situation, with the older type prevailing, the championship was declared a tie, as all three have been using the exact same type of car – a Ligier-Nissan JSP3. By virtue of a similar gaggle of class wins, this time in P2, Stuart Wiltshire (Ligier-Judd JSP2) took a close third in the championship.

The GT title in Masters Endurance Legends was among the few settled before the final round. In fact, Jason Wright (Ferrari 458 GT3) managed to accrue almost double the amount of the points of his nearest competitors, led by Swiss series rookie Andy Feigenwinter (Porsche 997 GT3) and Christopher Compton-Goddard (Ferrari 430 GTC).

The Masters Sports Car Legends title fight looked set for a grand finale between Tom Bradshaw in the Chevron B19 and Andy Willis in Stephan Joebstl’s Lola T212. However, sadly, Bradshaw’s challenge at Portimão faded early on, allowing Willis to take the championship from the man with the most wins – three. By winning the final race while sharing Jason Wright’s Lola T70 Mk3B with Andy Wolfe, Julian Thomas (who did the other rounds in his own Chevron B8) drew level with Bradshaw for a joint second place in the championship.

In the series’ separate pre-66 championship, John Spiers – for whom Nigel Greensall and Ollie Hancock served as co-drivers over the season – had the title in the bag after the penultimate round at Spa, as his McLaren M1B proved invincible in almost every race he entered. Adding to four of Spiers’ five wins, Greensall himself did enough to be second in the title hunt. Former champions Chris Jolly and Steve Farthing (Cooper Monaco T61M) were their staunchest rivals and came away with third in the championship.

The Masters Gentlemen Drivers title proved to be another tense affair, as three drivers were still in with a shout going into the final round at Portimão. By virtue of a solo victory at the International Trophy round at Silverstone early in the year, Robin Ward would always stay ahead of his co-driver Ron Maydon, as they again teamed up in their Ginetta G4R, but a strong result for the pair could lead to Maydon snatching second or third in the championship.

Meanwhile, Julian Thomas and Calum Lockie had done a lot of winning over the season in their Shelby Cobra Daytona Coupé but in the Algarve they would hedge their bets, as Thomas teamed up with Robin Ellis in the Lotus Elan Shapecraft while Lockie joined Simon Orebi Gann in a Morgan Plus 4 Super Sports. In the end, Ward/Maydon finished third in their class, as did Lockie, with Thomas recording a fourth place in class. This meant that Ward clinched it from Lockie, with Maydon and Thomas ending up a joint third.

Finally, the winner in Masters Pre-66 Touring Cars would also become known in Portugal, even though the two drivers leading the title race weren’t present. Still, Julian Thomas, who had campaigned his Ford Falcon with Calum Lockie on previous occasions, could pip both of them by winning the final round in a one-off in Andy Wolfe’s Cortina. But when the Cortina faltered early on in the race, Sam Tordoff (Ford Falcon) was automatically crowned the winner, with last year’s champion Richard Dutton (Lotus Cortina) becoming this season’s runner-up.

Congratulations to all our winners from this year! We have thoroughly enjoyed sharing some of the best UK and European race circuits and historic racing events with you and we can’t wait to release our 2023 calendar with a new season of exciting racing that you can enjoy next year!

The 2022 Masters Champions and Winners will all be invited to join us in Dublin on Friday 17th February 2022 for the Masters Awards Party! Full details of the evening will be released shortly. 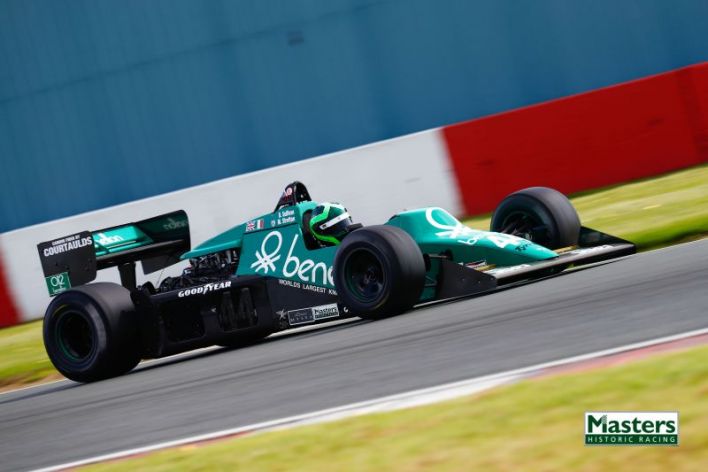