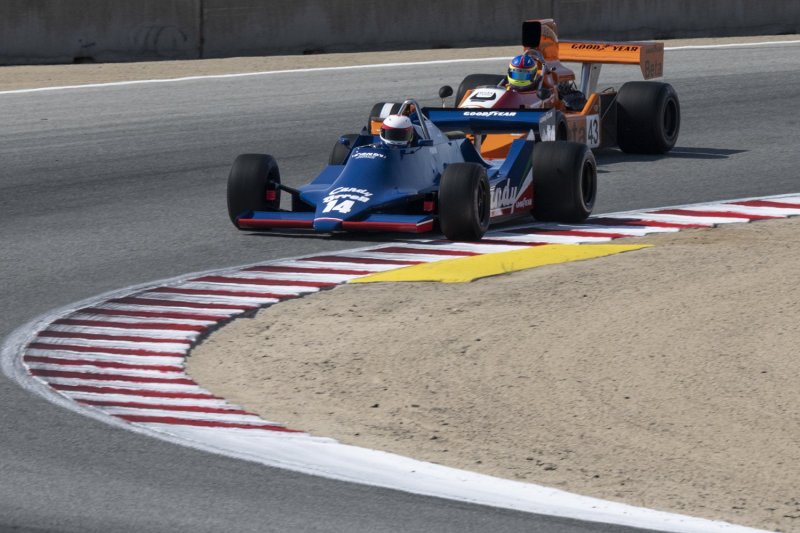 Cal Meeker had momentum on his side heading into Race 2 of Masters Historic Formula One. Not only did he drive his way to the front row of the grid by moving up from fifth position to second in Race 1, but he was also just minutes removed from victory in the previous run group where his 1973 Lola T294 won against other historic cars that competed in the FIA Manufacturers Championship.

As well as he was performing behind the wheel of the No. 14 1979 Tyrrell 009, he was processing the achievement of a second-place finish after chasing Race 1 winner Charles Nearburg for the good part of nine laps until a rare mishap on the famed Corkscrew turn opened the window for Meeker to pass. One lap earlier, Nearburg had posted the quickest lap of the race.

?Right as you get over the Corkscrew going down, there?s an upshift,? explained Meeker. ?I think Charlie missed the upshift and just stopped. I went around him on the outside and beat him to the corner.

?In the points battle, I?ve come second five times, so I was actually thinking about that. When I got that close and had the chance to go around him, I thought, ?Screw it, I?ll take it!??

For Meeker, adjusting to three different vehicles in rapid succession and being able to perform in each has been achieved with planning and preparation.

?The transmissions and footwork are kind of the same,? said Meeker. ?The cars go from very light to heavy to heavy-heavy. I have a cool suit, so I get to relax a little bit. I just have to concentrate.?

Martin Lauber maintained his third position throughout the race to put the No. 9 1974 March 741 on the podium once again. Bud Moeller (P4) and Wade Carter (P5) improved their Race 1 finishes by one spot at the expense of Stephen Romak (P6).

The race featured an early double-yellow flag when Dan Collins, who is competing on the WeatherTech Raceway Laguna Seca circuit for the first time in his decades-long career, spun the No. 11 Lotus on the driver?s side of Turn 6. Fortunately for Collins, damage was minimal as he was able to rejoin the race and finish three laps back. 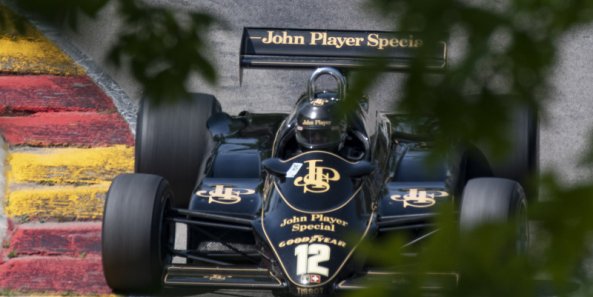 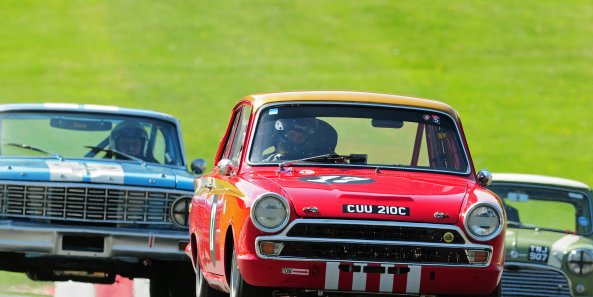