The first half hour, Thomas had led in imperious fashion until his car began to falter, a two-lap pitstop dropping him right down the order. A massive recovery drive followed, as Lockie with a sequence of fastest laps managed to haul the Daytona Cobra back up into second place behind dominant winners Mowle and Keen, albeit a lap down on the victorious E-type.

As their quicker rivals stumbled, Johan Rosenthal and Nils-Fredrik Nyblaeus (Austin Healey 3000) and Wolfgang & Christian Molitor (Lotus Elan 26R) bagged the C2 and CLP class wins respectively while claiming third and fourth overall. In a race of attrition, the CLP class’ pole-sitting Ginetta G4R of Robin Ward/Ron Maydon was out before the start while before the halfway point the other Ginetta shared by Sharon Adelman and George McDonald retired from the class lead. A similar fate befell the C2-class Ferrari 250 Lusso of Nick Padmore and Marco Werner, brake issues denying Werner a run in the car.

Rounding off the first day of the Austrian Historic, the Masters Gentlemen Drivers field got going with a 4.15pm start – apart from the fact that it didn’t, as Robin Ward in Ron Maydon’s Ginetta G4R refused service with a failed diff and had to be salvaged from the main straight while the remaining cars circulated behind the safety car.

The green flag flying on lap 3, Thomas stormed off to leave Mowle behind, with McDonald assuming the CLP class lead in third, his main rival already gone. Padmore headed the C2 class from Rosendahl, the two keeping ahead of Wolfgang Molitor in the Lotus Elan 26R.

Putting the hammer down with a 1.50 lap, followed by a 1.49, Thomas opened up a massive 18-second lead over Mowle’s E-type. Five seconds behind, Sharon Adelman was keeping Mowle honest, but she had Padmore’s Ferrari 250 Lusso all over the back of her Ginetta, as the pair dropped Rosendahl by eight seconds. Molitor was just four seconds behind.

On lap 7, Padmore while trying to open up a gap big enough to compensate for his and Marco Werner’s elite-driver penalty got passed Adelman to move up into a shock third in his C2-class Ferrari – but then he was into the pits on the next lap! Bonnet open, it looked like the Ferrari’s race was over, its brakes also having gone.

20 minutes into the race, Thomas was 50 seconds up the road from Mowle, with Adelman now back up in third, 1 minute and 20 seconds down, and leading Rosendahl by nine seconds and Molitor by 13.

Half an hour gone, the status quo remained, as on lap 13 Thomas led Mowle by 1 minute and 21 seconds, but on the next time around the Shelby Cobra Daytona Coupé was into the pits with gear selection issues… While the team were trying to cure those, Mowle moved into the lead on lap 15, with Adelman in second, 1 minute and 11 seconds down but hounded by Rosendahl in the Austin Healey 3000. As the Daytona Cobra remained in the pits, Molitor now went up into fourth, a lap down, as Mowle completed lap 16, with less than 55 minutes to go.

Now it was the other Ginetta G4R’s turn to falter, as Adelman dropped two places to fall behind Rosendahl and Molitor, and soon enough she was forced to pull off at turn 2, denying George McDonald a run in the car. This handed Mowle a lead of nearly one and a half minutes. Thomas, however, was back on track, two laps down. How much time would he and Calum Lockie be able to claw back? The pit window was now open, and Thomas duly lowered the fastest lap of the race to a low 1.48 – but the gap between himself and Molitor in third was a massive three minutes and 17 seconds.

On lap 21, Mowle was in to hand over to the rapid Phil Keen. Rosendahl and Molitor followed in on the next lap, the Swede swapping places with countryman Nils-Fredrik Nyblaeus while Wolfgang handed over to Christian Molitor. Calum Lockie then took over from Thomas.

As the pit window closed, Keen led Nyblaeus by a minute and 12 seconds, with the other Molitor 23 seconds further back. Thomas and then Lockie had diminished their disadvantage to the German Elan to 2 minutes and 37 seconds but they still had a long way to go to possibly reclaim a podium spot.

With half an hour remaining on the clock, Keen’s pace was such that his lead over Nyblaeus had increased to 1 minute and 50 seconds – so close to a full lap. Molitor now trailed the Big Healey by 51 seconds, dropping time by quite an amount, all helping an unleashed Calum Lockie who now had the gap down to 1.10. Third place was still on the cards, as the Daytona Cobra was lapping up 15 seconds faster than the Elan…

After 30 laps into the race, Keen had now lapped all other cars in the race and was relatively cruising compared to his initial lap times, while Lockie was edging ever closer to Molitor in the Elan, the gap decimated to a mere 18 seconds. Two more laps, and indeed Lockie was up into third. And with Nyblaeus 22 seconds away, second place seemed viable too. The Scot converted the opportunity with 15 minutes still on the clock, celebrating it with another fastest lap of the race – the three minutes lost to Keen’s Jag would be impossible to recover, however.

As the clock wound down to zero, Keen reeled off his laps at a comfortable pace to win for himself and Lee Mowle while allowing Lockie to close at a rate of five seconds a lap. The gap eventually came down to 2 minutes and 35 seconds, but the Shelby Cobra Daytona Coupé was still a lap behind. Two and three laps down respectively, Nyblaeus and Molitor were safe in third and fourth, both winning their respective C2 and CLP classes in what proved to be a race of attrition. 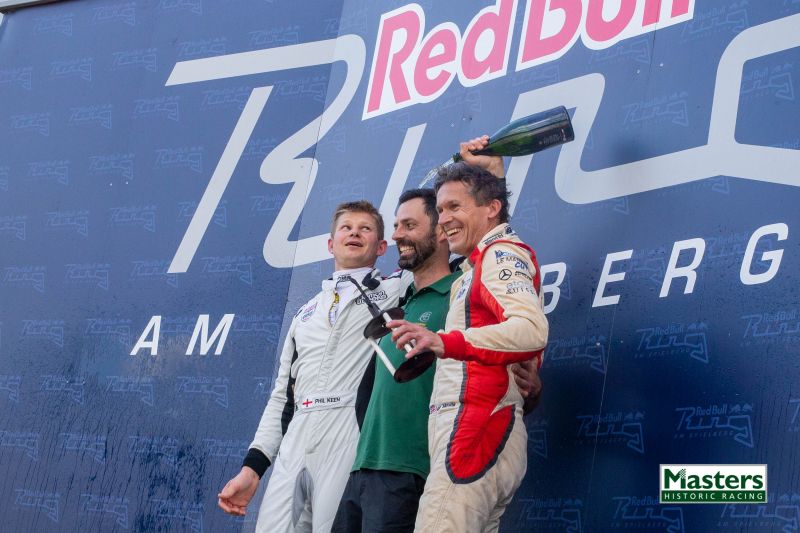 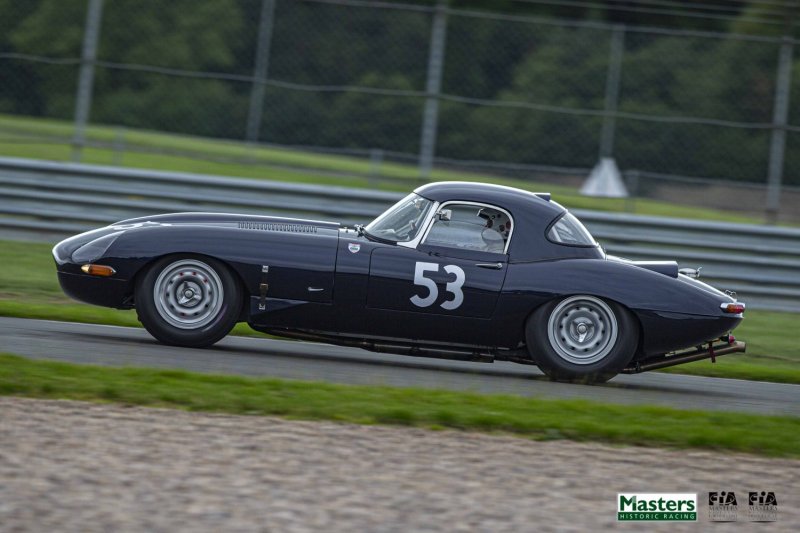