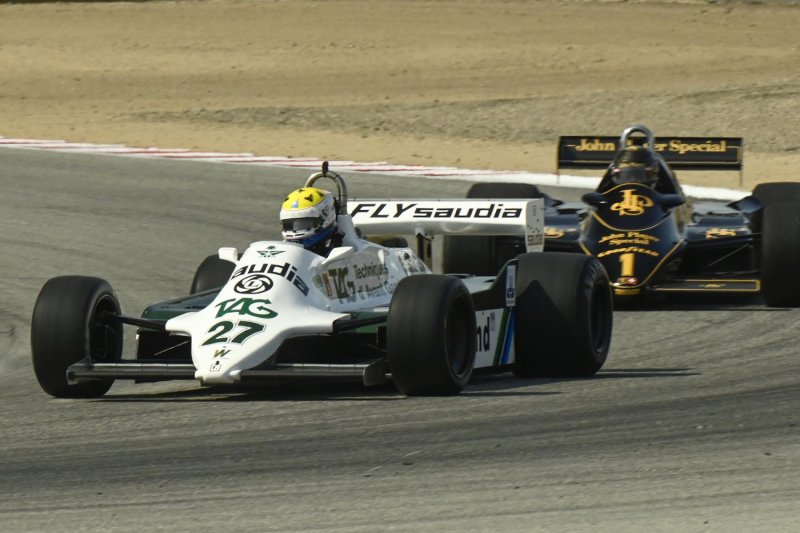 Race day for the Masters Historic Formula One group at the Rolex Monterey Motorsports Reunion kicked off with the "Monterey Race" opening afternoon activities at the close of the National Anthem performed in front of the largest Monterey crowd of the four-day event. The on-track action of the first of two races lived up to the premiere billing with clean, exciting racing that brought forth fond memories of Formula One's three-liter era.

The front row battle between Charles Nearburg and Gregory Thornton was grasped firmly by Nearburg from commanding the lead by the Andretti Hairpin at the start of the race to doing so more emphatically following a yellow-flag restart on Lap 3. Monterey Pre-Reunion Race 2 winner Cal Meeker joined them on the podium. If you ask Nearburg, trying to hold off Thornton?s quick No. 1 1982 Lotus 91/5 was no easy feat. He pulled off consistently fast 1:21-second lap times on the 2.238-mile circuit.

"I was just running really hard," said Nearburg. "Greg is a really tough competitor. We had to do that restart. I got a good, fair jump and was driving hard. It wasn?t any walk in the park. It may have looked like I had a good lead, but I was working it."

Capturing the attention of the fans sitting in the stands and along the hillside was the two drivers starting at the back of the grid working their way up the leaderboard throughout the nine-lap contest. Wade Carter and Bud Moeller have front-running entries that had issues hampering their respective qualifying efforts.

"I absolutely love this car," said Carter of the No. 32 1982 Arrows A4. "It?s my third weekend in it, and I?m happy to say I?ve enjoyed it more than I ever thought I would. I always look forward to jumping in it. We had a good practice. We were up even higher than I thought I?d be. We had a little tire issue in qualifying, so we started all the way in the back at 21st. We had our work cut out for us, but it was fun. I haven?t had to pass many people with the Formula One car, so today was an education."

For Moeller, he initially thought his weekend was over on Thursday afternoon when a broken left front suspension was discovered after practice. However, he was able to get back on track with the help of his crew and fellow competitor John McKenna, who owns a sister car that is currently stored in Auburn, Wash.

"My guys have been heroes," said Moeller. "They went to San Francisco International Airport to pick up the part at 8 o'clock last night and worked on it this morning. McKenna, too. He has a good crew at home to get the car out of storage, take it apart, and get it on a plane so we can race."

Carter worked all the way up to fourth with Moeller close behind at fifth, giving them more favorable starting positions for the Rolex Race at 5 p.m. Moeller worked his way up to the very end, passing Lee Mowle toward the end of the race.

Ron Maydon won the Fittipaldi class in the No. 51 1977 LEC CRP1. He had a brilliant drive to hold off Martin Lauber for the seventh overall position behind only the ground effects cars in the Head category. Coming in ninth was Dan Collins, who began the race in fourth and fought through gearbox issues to finish the race. Chris Locke rounded out the top 10 in the 1976 Lotus 7 once campaigned by Mario Andretti.

"Good, clean race," Locke reflected. "I thought everybody drove very well. It?s a great track for these cars. Lots of good, clean corners that these cars are built for. Bud Moeller started back, so I was watching for him to come through and moved over for him. I was trying desperately to get by Martin Lauber ahead of me and thought I was going to be able to do it a couple of times. Maybe later this afternoon."

Finishing on the lead lap after Locke was Zak Brown, McKenna, Doug Mockett, Chris MacAllister, Michael Eckstein, and Richard Griot. Alex MacAllister won the Stewart category, finishing one lap behind the overall winner and ahead of Michael Malone, Dalmo deVasconcelos, and Charles Warner. Robin Hunter was unable to race due to an engine problem that can?t be repaired onsite.

Danny Baker, a favorite in the Fittipaldi class and threat for the overall win, had throttle cable issues that brought out the caution early in the race. The California resident will be able to return for the Rolex Race and start his McLaren M23 from the back of the grid. 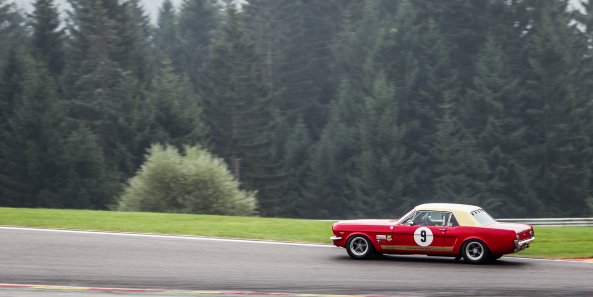 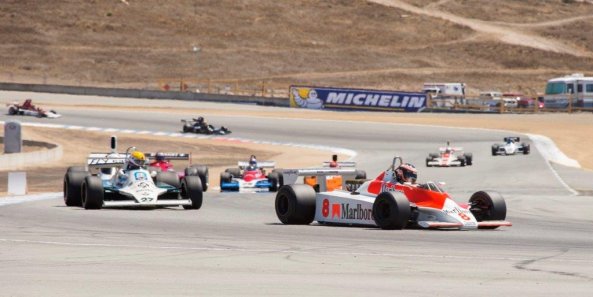 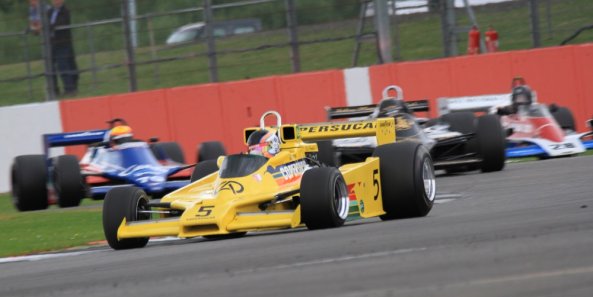