Nearburg makes it two in a row at Monterey Pre-reunion 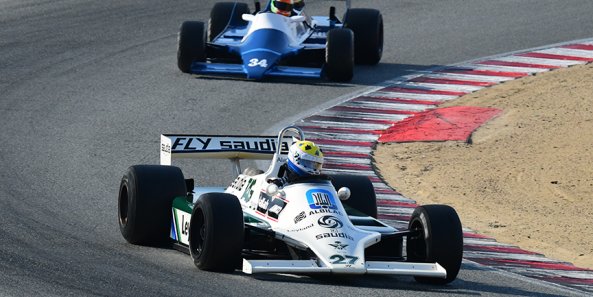 Charles Nearburg led from flag to flag to win the Masters USA Pre-Reunion Race 2 at WeatherTech Raceway Laguna Seca. Nearburg's victory in his Williams FW07B capped a dominant run in all Masters USA sessions during the Pre-reunion weekend. Greg Thornton put in a determined display to try and catch Nearburg in his Lotus 91, passing Mike Cantillon's Tyrrell 010 early on and then spending the rest of the race chasing Nearburg. Nearburg would clear the traffic and Thornton would close up, but wasn't able to get close enough to attempt a pass.

Mike Cantillon's Tyrrell 010 was passed by Thornton and then had a lonely run to finish third. Matteo Ferrer-aza had a better result and finished fourth after a strong run in his Ligier JS11 - a great result considering the Ligier had not been playing ball all weekend this was his first drive at the Monterey circuit. Steve Romak lost one place to Ferrer-Aza and finished fifth but won the Lauda Class for Flat-bottomed cars for the weekend. After qualifying twelfth, Martin Lauber finished sixth in his March 741 after a race long battle with Bud Moeller (Ensign MN179). Moeller started seventh and finished seventh, but not without some excitement in between. Early in the race Moeller went wide in Turn 6 and lost two places. After working his way back and recovering from the fast closing Lauber, he and Laudber stayed close throughout the race. They swapped places a couple of times, but Lauber had the edge and held him off.

Chris Farrell placed eighth to end a frustrating weekend. After struggling with grip, he didn't feel like he had the speed in his March 821 to be any higher up the field. Cal Meeker had an unforced driver error on approach to the Corkscrew and ended up off track with a stalled engine, he was able to slowly roll back onto the track and bump start the Cosworth DFV to finish ninth. He managed to come away with his best personal lap time around WeatherTech Raceway Laguna Seca for a consolation prize.

Scott Drnek completed the top 10 in his Surtees TS16. After a weekend of brake and handling issues it was a decent result. Sean Allen and Dalmo de Vasconcelos ended their weekends in 11th and 12th respectively. Neither happy with themselves, but will have their McLaren M30 and Tyrrell 010 back next week to try and make amends.

After a long day's work to pull the Ferrari engine from his 312T2 to cure an oil leak, Chris MacAllister was able to start and run the race to finish 15th. Jamie Constable pitted his Shadow DN8 on the first lap. His crew sent back out for one more lap but he retired the next time around with a handling issues.

After controlling the weekend, it seems that Nearburg is the one to beat next week when Masters USA returns for its second race at the Rolex Monterey Motorsport Reunion next weekend at the WeatherTech Raceway Laguna Seca.

We can't wait to be back at Weather Tech Raceway Laguna Seca next Thursday for 4 more sessions on track. Some new drivers and cars will be joining us for another great weekend?. 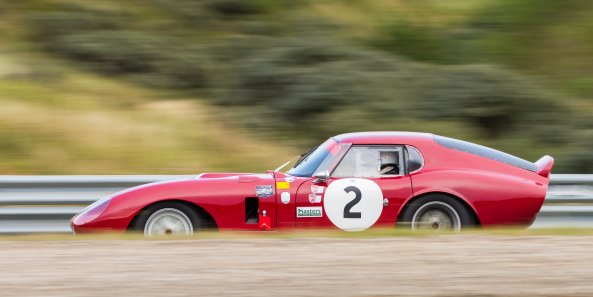 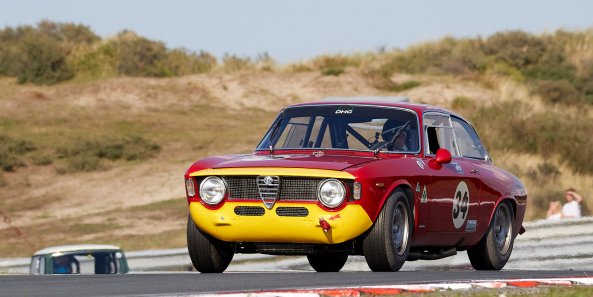 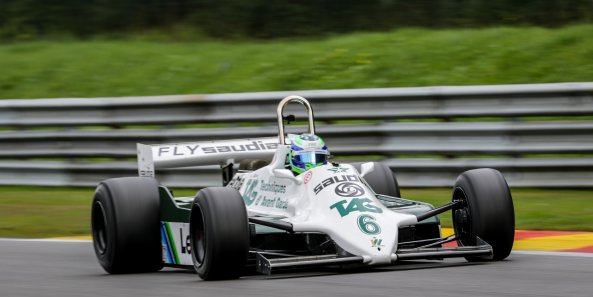