Nearburg Pulls Aways for Race 1 Victory in Historic Formula One 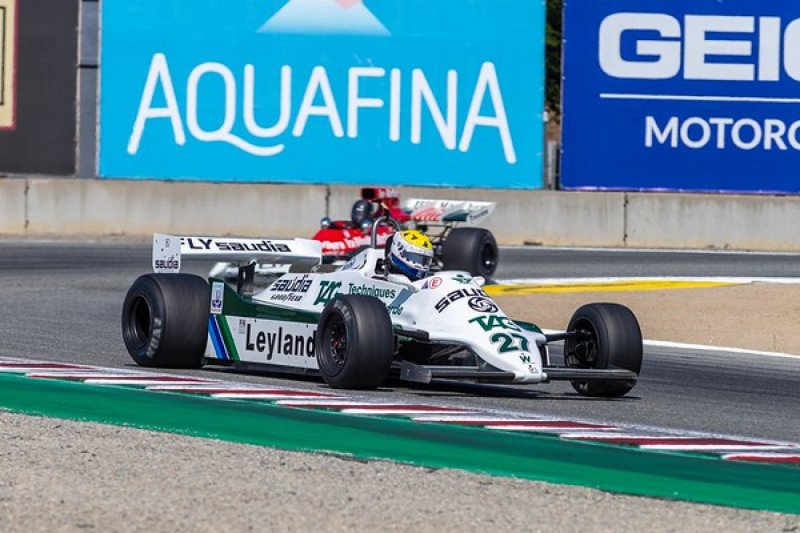 The first of two Masters Historic Formula One races contested on the closing day of the Monterey Pre-Reunion featured polesitter Charles Nearburg taking the runaway victory. The Dallas resident found a groove with the WeatherTech Raceway Laguna Seca circuit that produced consistently quicker laps for the first half of the race until he was able to sit comfortably on a lead of more than seven seconds with his No. 27 Williams FW07C.

?The mentality is not to let up,? said Nearburg, of running up front with a gap. ?You can short-shift a little bit, but if you start letting up on your braking points and how you come of the corners, then you get sloppy. You try to maintain the corner speed and accelerate off the corners, otherwise your brain can tend to disengage which is when you can make a mistake and look like the village idiot.?

Positions swapped behind Nearburg with Cal Meeker making a remarkable run from P5 all the way up to P2 in the No. 14 1979 Tyrell 009. Meeker passed Bud Moeller by Lap 2 to take the fourth position. On Lap 5, he overtook Stephen Romak and set his target on Martin Lauber. Lauber, who ultimately finished on the final podium step, could only hold off the hard-charging Meeker until Lap 7.

Meeker made up a small bit of ground on the leader with a clean track in front of him in the closing laps but will have to wait until Race 2 to see how he matches up with Nearburg at the front of the grid. Meeker received some well-earned kudos from his team upon return to the paddock.

?It was just a beautiful race,? said Meeker. ?These guys are so much fun to race with from the last guy to the fastest guy. The car is running great with the guys at J&L [Fabrication] doing a great job. I?m just happy to be here. It?s a fresh restoration that we?ve ran a couple times, so I?m getting used to it again. It?s a lot of fun.

?I don?t know what the other guys? opinions are, but it felt like the track was rubbering up again and getting nicer and nicer. We have to turn this car a little faster and adjust your driving style. I think that was the key today.?

All 16 entrants completed the race with 13 of 16 finishing on the lead lap. With some shuffling of the grid order and all cars having a clean bill of health, Race 2 promises some great battles.

?I think the second race is going to be a lot more challenging,? added Nearburg. ?I noticed Cal worked his way up to second. He?ll be coming, I know. That?s a good driver in a good car.? 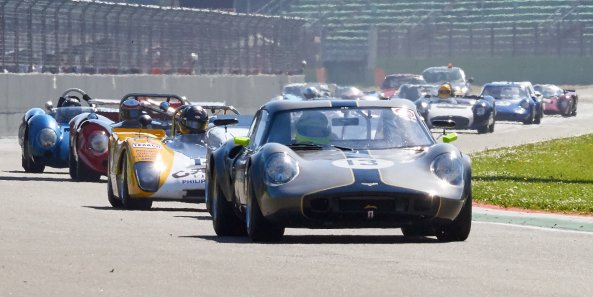 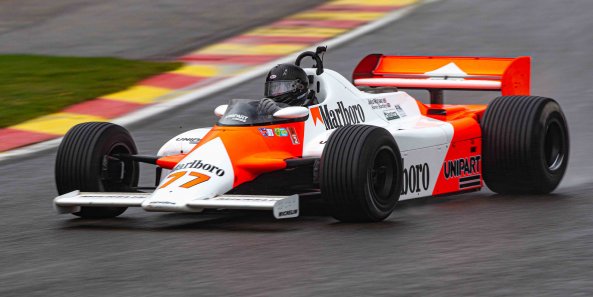