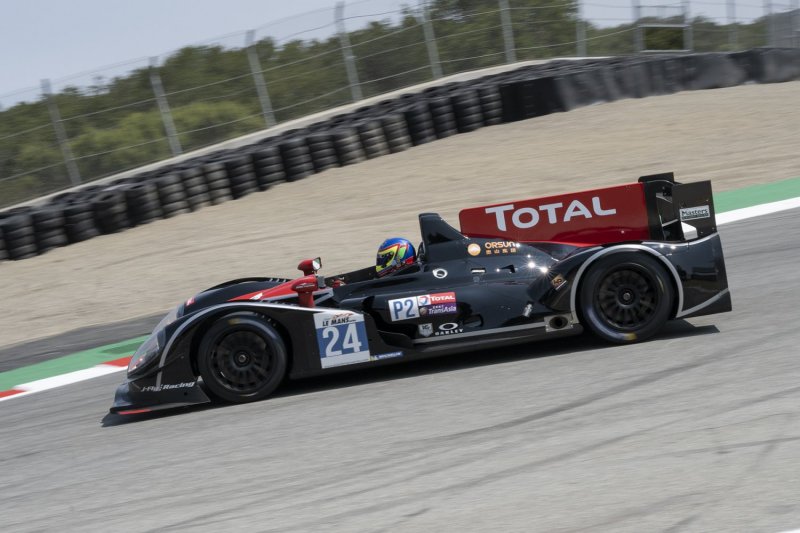 The first race of the day for the Masters Endurance Legends run group at the Monterey Pre-Reunion saw Stephen Romak emerge victorious in a 40-minute sprint where pit strategy became a crucial factor. Charles Nearburg, who won the earlier Historic Formula One Race 1, was the top driver in the GT category.

The early part of the race had great action up front with Spencer Trenery taking the early lead and being reeled in by the No. 09 2009 Coyote Corvette DP driven by William Hubbell and Eric Curran. Before the Visit Florida entry could make a pass, a yellow flag was caused by teammate No. 90 Dante Tornello who spun at Turn 3.

The race got interesting with a handful of drivers pitting before their window and receiving 40-second penalties and two such drivers receiving drive-through penalties for jumping the start.

"Our pit window is between 15 and 25 minutes in," said Romak. "The Visit Florida car spun outside of Turn 3, so they put out the double yellows since it was in a bad spot and took the pace car off. It was still not our pit window. Danny [Baker] got into his pit a lap early. As soon as the window opened up, we went in and he got the penalty."

Despite accumulating 80 seconds worth of penalties, Nearburg was able to capture the top spot among the GT cars, finishing sixth overall in the No. 4 2007 Chevrolet Corvette CR6. David Alvarado (Porsche) and Plucinsky (BMW) gave their respective marks hope in the early going before Nearburg worked his way to the front and pulled away.

Meanwhile, Romak ran toward the front but trailed Spencer Trenery?s No. 15 Riley DP MkXI until Trenery went into the pit with issues that eventually forced him to retire.

"I think the exhaust came apart," said Trenery. "I pulled in and had it looked at, and I think it melted some plug wires. Maybe we could have sent it back out there, but we also have to think about having another race this afternoon and the event next weekend. We came into the race with a good plan until that happened. We?ll sort it out and be back out there."

Romak took the checkered flag and was joined by second-place Travis Engen and third-place Danny Baker, who fought his way back into the lead lap after early adversity with his pit stop.

"This is fun," emphasized Romak. "The car works really nice. Spencer was quick ? I didn?t know what happened to him. We came in when the pits were open, put our two minutes in, and had some fun." 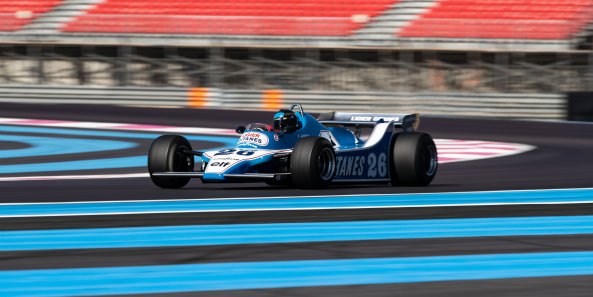 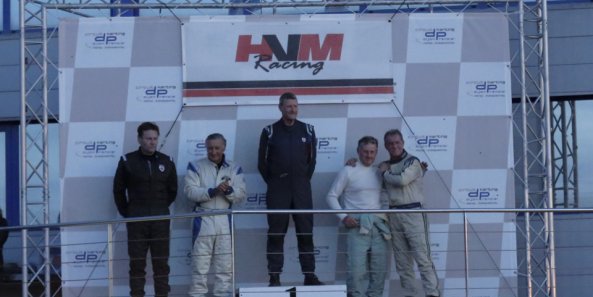