Tandy does the double in Masters Endurance Legends at Zandvoort 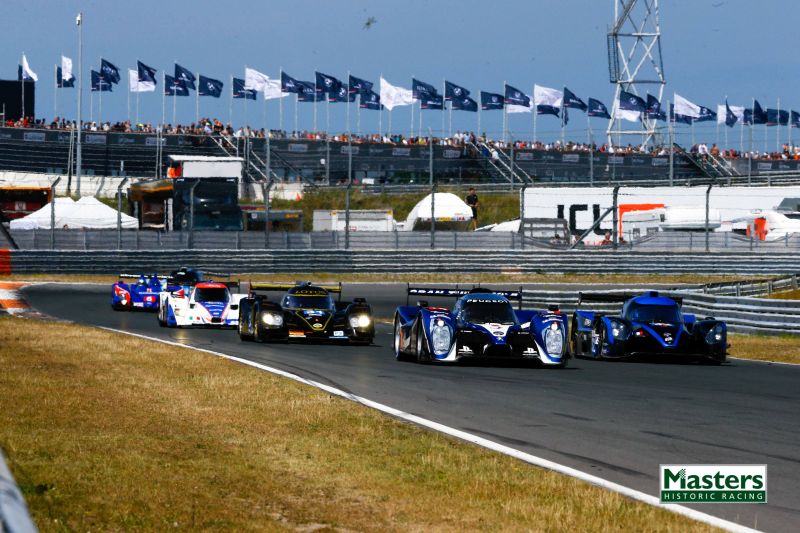 Steve Tandy romped away to another dominant Masters Endurance Legends win at Zandvoort, as his Peugeot 90X stayed 16 seconds clear of Marco Werner’s Lola-Lotus B12/80, the German taking the P2 class win in the process.

“Two in a row!” said a jubilant Tandy. “It was a lovely race. I had a nice getaway and opened up a good gap to Marco and Pepe [Martí]. We had a superslick team pitstop, and after I managed the pace before three laps from the end I decided to go for fastest lap. I nailed a good 1.32, so I’m pleased with that!”

Werner overcame the longer stop he was forced to take as an elite driver to catch and pass Keith Frieser’s Zytek 09S after the stops. In the opening part, the German had already done some chasing before he passed Pepe Martí for second place. After the stops, Frieser held off the young Spaniard in the P3-class-winning Norma M30 for third.

“It was not so easy this time!” Werner said. “The car didn’t have the right setup, it was jumping around too much, especially in the fast esses at the back which I normally like. So I couldn’t go flat-out through there. It was better with less fuel in the tank, so I was happy to get back up to second.”

“I’m very satisfied”, said Frieser. “That was a good race. I was trying hard to learn the track while keeping up with Marco and Pepe. Towards the end, I spun in the chicane, so I’m happy that I managed to stay third.”

In fifth, Stuart Wiltshire ran home to take second in the P2 class with his Ligier JSP2, while on the penultimate lap Aaron Scott in the ORECA LMPC10 shared with Rick Carlino pipped the Craig Davies/Ron Maydon Ligier JSP3 for sixth overall and second in P3. In the Lola B09/80, David Brise ran second in P2 early on, but co-driver Alan Purbrick dropped behind Scott and Maydon towards the end. In ninth overall, Jason Wright’s Ferrari 458 GT3 won the GT class.

With the grandstands still packed as they were all day, a Masters Endurance Legends field powered away for the final Masters race of a very atmospheric weekend at the Dutch seaside. Immediately, Tandy stormed off into a 1.9-second lead of Martí, with the P2 cars of Werner and Brise following. Frieser was fifth, with Stuart Wiltshire’s Ligier JSP2 coming through to sixth.

The order remained the same in the following laps, with Craig Davies in seventh (and second to Martí in the P3 class) in the Ligier JSP3, ahead of Rick Carlino’s ORECA LMPC10 and Jason Wright in the GT-class-leading Ferrari 458, the American involved in a straight fight with Mike Furness in the Courage LC75.

The silent diesel Peugeot 90X up front led by four seconds over the P3 Norma M30 after four laps, with Werner a further two seconds adrift. Nine seconds from the leader, Brise was giving his all in the P2 Lola B09/80 to keep Keith Frieser’s P1 Zytek 09S behind – which he managed to do until lap 5, but then the Canadian was through. Further back, Furness pushed on and passed Wright for ninth overall.

On lap 6, Tandy produced the fastest lap of the race so far, extending his lead over Pepe Martí to nine seconds, as Werner closed on the young Spaniard, the gap now down to two seconds. Frieser in turn was putting the German under pressure, having broken free of Brise. Wiltshire remained sixth, now 34 seconds down on Tandy, with Davies, Carlino, Furness and Wright up next. Giving the Pilbeam MP91 its Masters Endurance Legends debut, Chris Atkinson ran 11th.

The pit window opened 15 minutes into the race, just as the fight for second place hotted up, Martí, Werner and Frieser now running as a trio – and on lap 10, Werner duly overtook Martí, as Jason Wright was the first to do his mandatory stop. Werner immediately created a three-second gap, pushing Martí to come in for his stop. The FIA F3 driver was followed by David Brise handing over to Alan Purbrick.

For the moment, Tandy stayed out, as he led Werner by 11 seconds and Frieser by 15. Carlino was in next, handing over to Aaron Scott, followed by Davies who was to relieved by Ron Maydon. On lap 14, Frieser and Wiltshire made their stops, followed in by the two leaders, with Werner as an elite driver having to stop longer. Furness was the last to come in on lap 16, but was that before the pit window closed?

After the stops had panned out, Tandy led Frieser by 14 seconds, the Canadian having profited from Werner’s longer stop. The German had ten seconds between himself and Frieser to undo, as he led Martí by six seconds. A minute down, Wiltshire had passed Purbrick for second in the P2 class, with Maydon still seventh overall and second in P3. Furness and Scott were up next, but Scott’s pace was enough to soon take the place. In tenth overall, Wright still led in the GT class, ahead of Atkinson’s Pilbeam.

On lap 18, Werner was back up into second place, now 22 seconds down on the dominating Peugeot, as Frieser had spun in the chicane, losing some ten seconds. In fourth, Martí was also catching up with the Zytek as it got back up to speed, the Norma now just three seconds short of third place. Meanwhile, Mike Furness was into the pits with his Courage, dropping from ninth to take a penalty for indeed missing the pit window.

As the clock wound down, Tandy looked secure in first place, 21 seconds up on Werner, while Frieser had recovered from his spin and safeguarded his podium spot against Martí. In the final laps, the Peugeot eased off to win by 16 seconds from Werner. Frieser held off Martí for third, with Wiltshire taking a distant fifth. On the penultimate lap, Aaron Scott pipped Ron Maydon for sixth, with Purbrick taking seventh ahead of GT class winner Jason Wright. 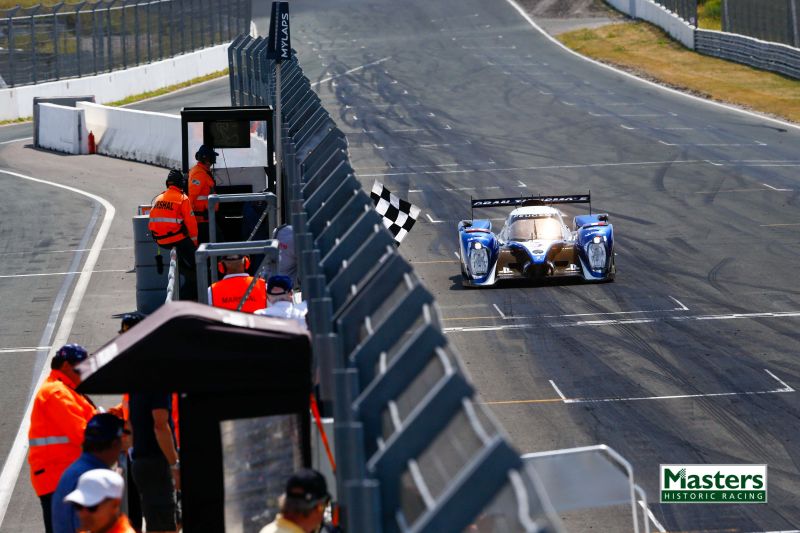 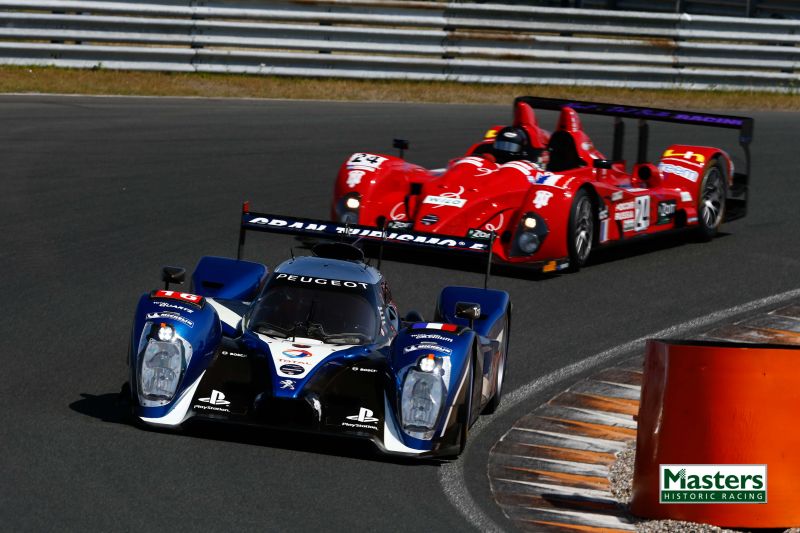 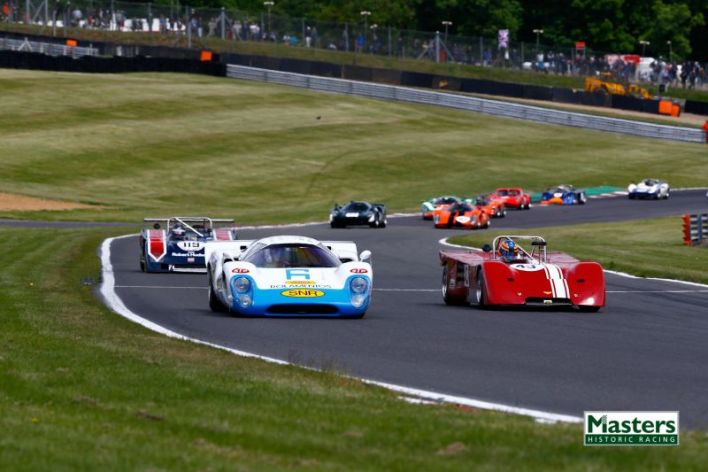