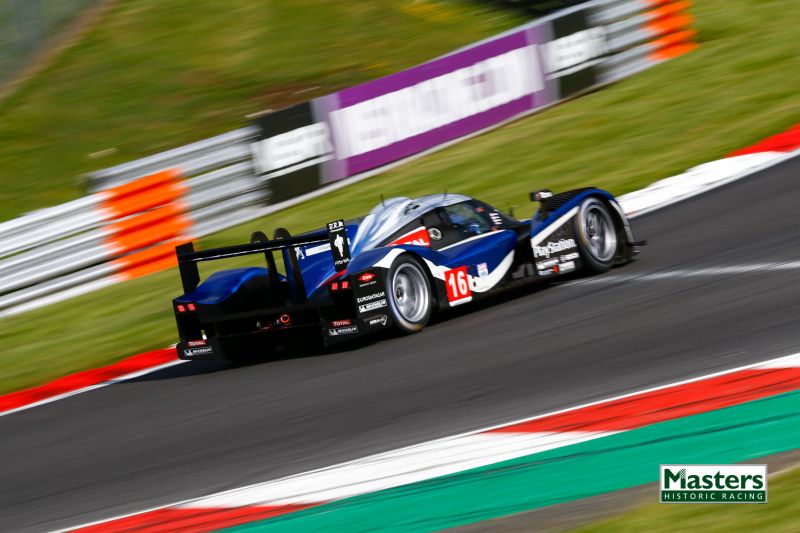 Steve Tandy came all the way from the back to be victorious in the second Masters Endurance Legends at Brands Hatch, his Peugeot 90X hauling in and overtaking long-time leader Stuart Wiltshire in the Ligier JSP2 on lap 23, in the process making amends for his off in the first race earlier on the day. Race 1 winners Steve Brooks and Martin O’Connell ran the leading pair close to take third in their Lola B12/60.

Mike Newton added a fourth place to his earlier third while also claiming second in the P2 class in his MG-Lola EX257, while in fifth overall Marcus Jewell came out on top in an eventful P3 class battle that saw the rival Ligier JSP3s of Steve Joebstl/Andy Willis and Jason Green/Neil Glover involved in mistakes early on before Jewell prevailed over the Davies/Maydon example that had initially taken the initiative in class.

More reversal of fortunes followed in the GT class, where Wayne Marrs got one back after dropping out of the first race while in the lead. This time, his Dodge Viper GT3 held together while his Ferrari 458 GT3-mounted rival Jason Wright fell foul to a wild spin dropping him down the order. Colin Sowter in the other 458 GT3 had led the class early on but was penalised for stopping short at the stops, allowing Marrs to come through for the win. Christopher Compton Goddard in the Ferrari 430 profited from Wright’s error to take third in class.

With the sun out for the afternoon, the second Masters Endurance Legends race was sent underway with Brooks leading the pack from Wiltshire, Newton, and the Ligier P3 train of Joebstl, Jewell and Green. Tandy starting from the back was up into 11th after one lap, but still had much work cut out for him. On lap 2, Wiltshire was through into the lead, immediately opening up a sizeable gap to Brooks in the Lola B12/60, as Newton valiantly hung on in his nimble but ageing MG-Lola EX257. Joebstl, though, had spun and was forced to continue at the back. Then Green, too, erred to be relegated to the back. Meanwhile among the GTs, Sowter had taken the initiative to lead fellow Ferrari 458 GT3 driver Wright, the Dodge Viper GT3 of Wayne Marrs and the 430 of Christopher Compton Goddard.

Five laps gone, and Wiltshire’s Ligier JSP2 was seen to set a relentless pace, now 16 seconds ahead of Brooks and 18 ahead of Newton. Tandy had navigated through the GTs and other prototypes to be fourth while closing fast on Newton, while David Brise was up to fifth in the fixed-up Lola B09/80. Craig Davies now led the P3 class, his Ligier having moved ahead of Jewell’s example. Sowter still led the GTs but now had Marrs chasing him, as Wright had dropped right down the order after a grass-mowing experience on lap 6. Coming in to have his radiators cleaned, the American resumed dead last.

On lap 8, Tandy swooped past both Newton and Brooks to take second, now 20 seconds adrift of the leading Ligier JSP2, while Newton saw the gap to Brooks widen to seven seconds. On a pace now two seconds faster than the Ligier, the Peugeot set about reeling in the leader, with the pit window approaching fast. But as the next times round the gap actually went up with 1.5 second per lap, was that a lap on which Wiltshire was held up by backmarkers?

With 23 minutes of the race left, Brooks was the first to come in, to hand over to Martin O’Connell. Joebstl was next, followed by Green, the former relieved by Andy Willis, the latter by Neil Glover. The next lap, the leader was in, joined by Newton, Brise (handing over David Purbrick), Marrs and Sowter, while Tandy, Davies and Jewell waited until the final opportunity that came on lap 15.

As the pitstops panned out, Wiltshire led Tandy by seven seconds, while O’Connell had used his first laps in the car to surge into third, 43 seconds down on the leader. Newton was fourth ahead of Maydon in the lead P3 Ligier started by Davies, with Jewell up next ahead of Purbrick. Sowter still led the GTs but then was dramatically hit by a stop-and-go penalty for stopping short during his mandatory stop.

Lapping in the same pace as the Peugeot, Wiltshire looked to be in control with ten minutes remaining, while O’Connell worked hard to chop slices off Tandy’s sizeable lead over him. But from lap 21 onwards, the leading Ligier’s pace was starting to falter, allowing Tandy to near to within two seconds. Two laps later, the Peugeot was through into the lead, as O’Connell improved on fastest lap of the race.

As the clock wound down, Tandy reeled off the laps to win by four seconds from Wiltshire, with O’Connell taking third, just 14 seconds down. Newton took home a lonely fourth and second in the P2 class while Jewell bagged the P3 class in fifth ahead of Davies/Maydon, the P2 Lola of Brise/Purbrick and the third P3 Ligier of Joebstl/Willis. Marrs profited from Sowter’s penalty to take the GT win that got away from him the day before. Behind the P3 Ligier of Green/Glover, Compton Goddard took third in the GTs. 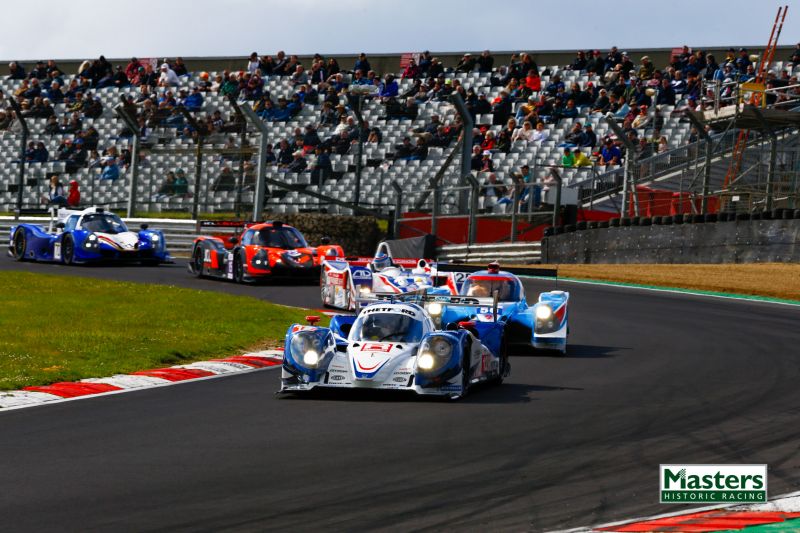 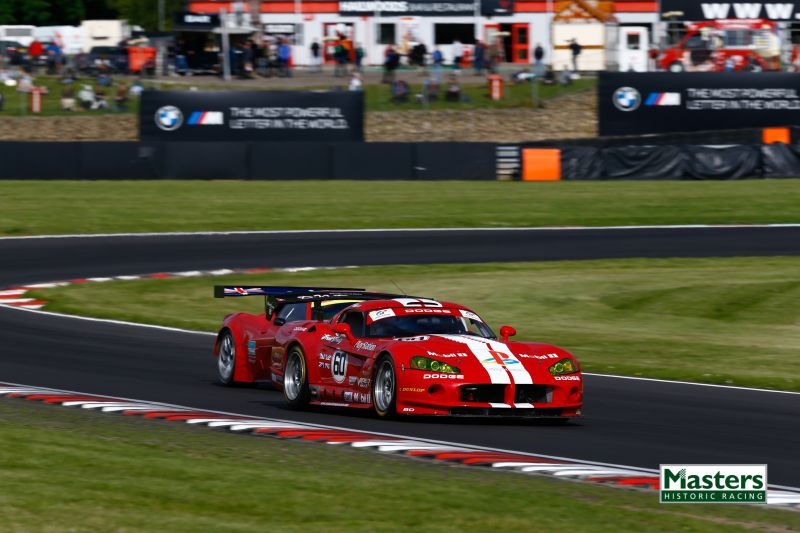 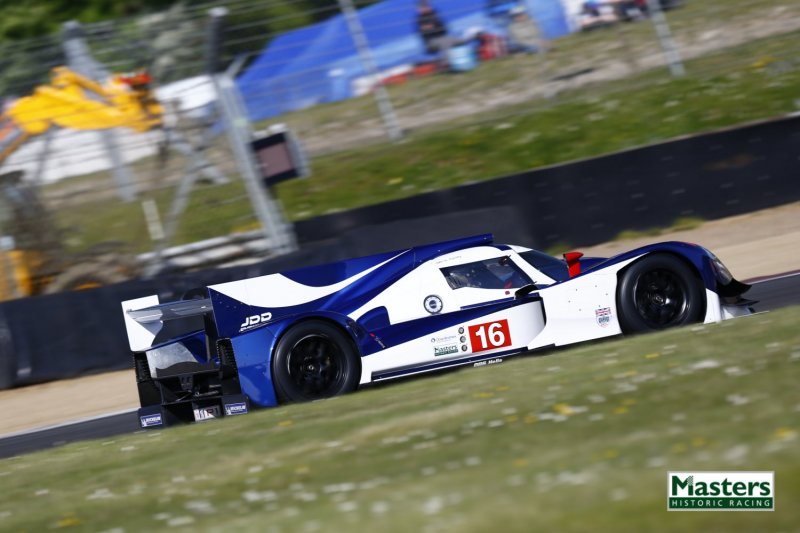