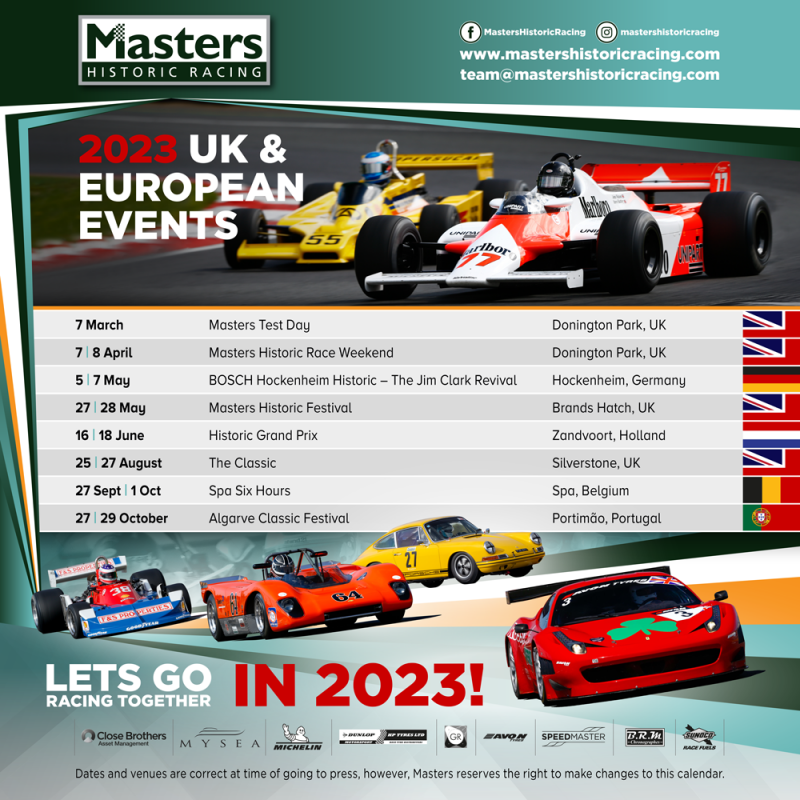 Get Ready for Seven Bustling Masters Racing Events Next Year!

Masters Historic Racing has released the calendar for The Masters 2023 UK & European Tour, featuring seven signature events! After listening to our teams and competitors, we have carefully created a calendar that balances UK and European events, while focusing on those venues that, in the recent past, have proven to be the most successful and most enjoyed by our members. As an added bonus, the BOSCH Hockenheim Historic Jim Clark Revival event in May is a new addition to the schedule, giving Masters drivers their first chance to race at the historic Hockenheimring!

For 2023, Masters will return to its roots of racing at great circuits, whilst offering as many grids as possible an opportunity to race at every event on the calendar. With the focus on a selection of top races, we aim to make each event bigger and better than ever before by giving all drivers and teams an opportunity to participate in each event. There are also some new exciting race formats, offering more track time for some grids, to be announced shortly. For next season, with the exception of Hockenheim, this will mean four to six Masters grids per event, allowing teams and competitors to mix and match their entries across the various grids. As a result, there will likely be more social opportunities within the historic racing family, more track time for your favourite cars, as well as some bumper grids on track - that should get the adrenaline going!

We have also recognised the special attraction of the Le Mans Classic’s centenary edition at the start of July and its importance to many of our drivers and teams. Therefore, to avoid any overlap of events, Masters will have a scheduled summer break to allow time for recovery before resuming the second half of the exciting Masters 2023 race season!

After the Masters Test Day, which will once again be run at Donington Park on 7 March, the first round on the calendar on 7/8 April will be a repeat of last year’s very successful Masters Historic Race Weekend at Donington Park, taking place on Good Friday and Easter Saturday. One month later, on 5/7 May, Masters will be part of the BOSCH Hockenheim Historic Jim Clark Revival for the first time, before the tradition of the Masters Historic Festival at Brands Hatch is continued on 27/28 May where Masters will field the majority of the grids for a weekend of racing fun on the stunning GP circuit.

Zandvoort’s very popular Historic Grand Prix will be moving to an earlier date of 16/18 June next year, after which the calendar resumes at The Classic at Silverstone on 25/27 August. Another Masters blockbuster is set for the Spa Six Hours on 27 September/1 October while the season finale will be held at the Algarve Classic Festival in Portimão on 27/29 October.

Announcements on the specific Masters grids that will be present at each event next year will follow shortly.

We can’t wait to make every race weekend a fun racing festival next year. 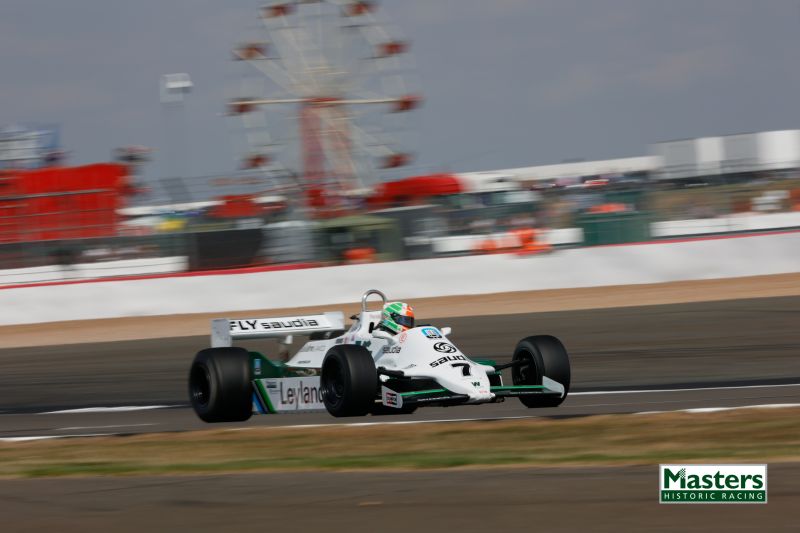 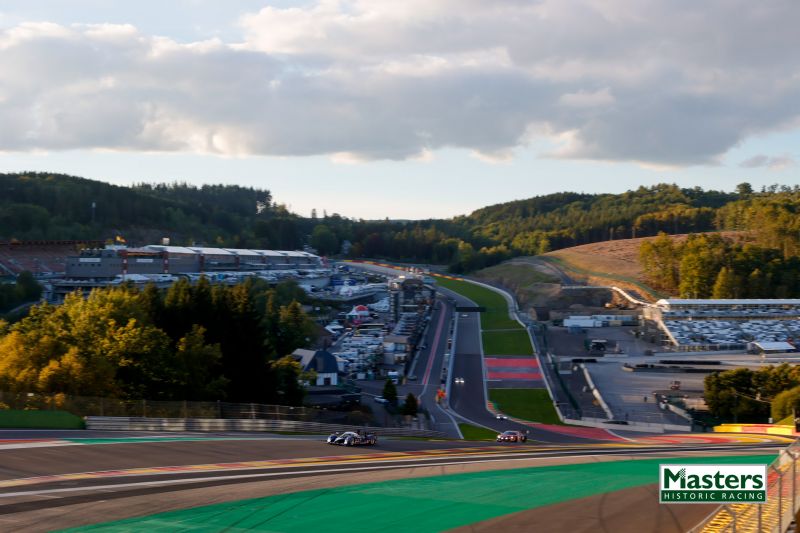