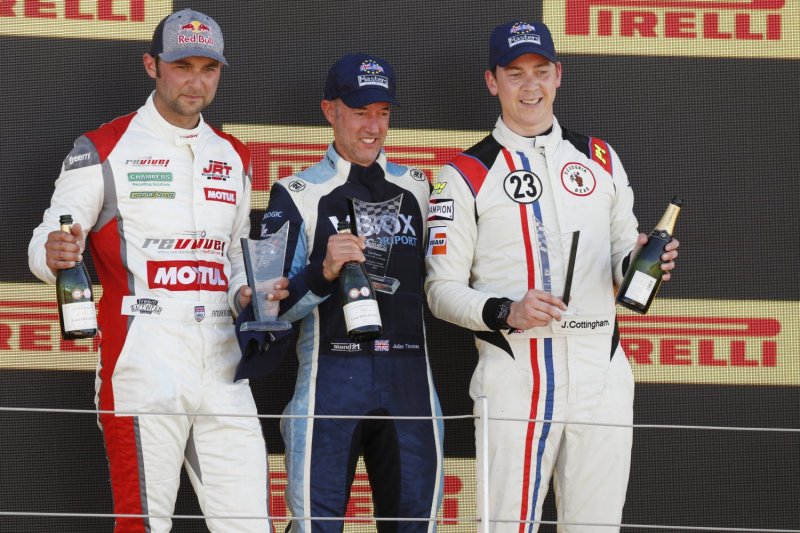 Julian Thomas was a dominant winner of the opening Masters GT Challenge race at the PIRELLI FORMULA 1 BRITISH GRAND PRIX as he pulled out a 16-second lead over the opposition.

Thomas (Shelby Daytona Cobra) started from pole but was mugged by the similar car of 2013 British Touring Car champion Andrew Jordan off the line and it was AJ who led the opening lap with Thomas crawling all over him.

Eventually the inevitable happened with Thomas storming past at Copse Corner on lap two. Once clear, Julian built the lead as Jordan had to settle for second while James Cottingham (Shelby Cobra) was a lonely third but doing his utmost to keep on the tail of Jordan.

Behind, a great fight raged for fourth between the TVR Griffiths of John Davison and John Spiers. Davison led the first two-thirds before Spiers arrowed in and moved through to fourth. However, Davison never gave up and stayed within three-tenths of a second behind to the chequered flag.

Matthew Wrigley (Jaguar E-type) hung on to sixth place despite constant pressure from Ben Short (Aston Martin DP214) and Jonathan Mitchell’s E-type. Short passed Wrigley at Brooklands but ran wide and lost the spot, Mitchell moving past before the end.

Ninth went to the E-type of Chris Lillingston-Price while 10th was the spectacular Roy Alderslade (Daytona Cobra) who had a couple of excursions, a flapping driver’s door and a spin to contend with, but he hung on to become a fan favourite! 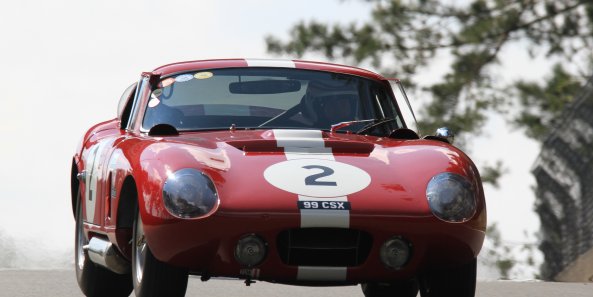 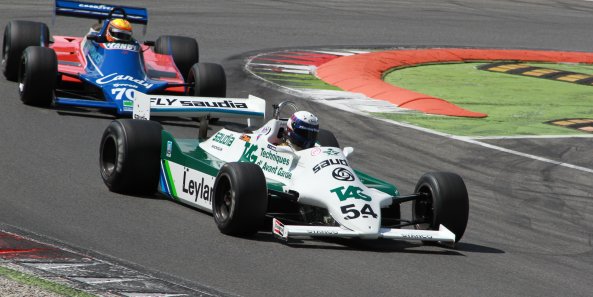 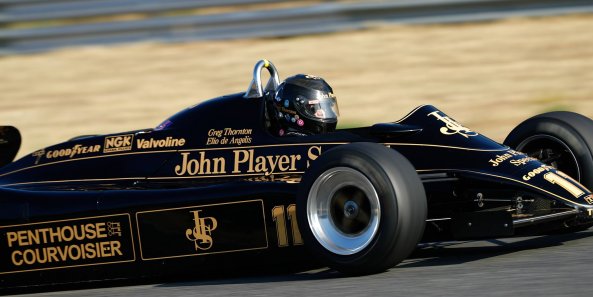