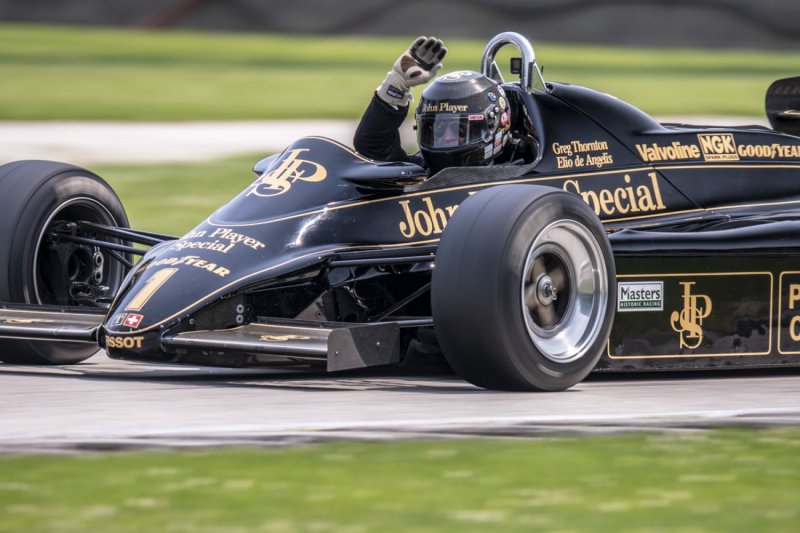 Thornton (1982 Lotus 91) recorded back-to-back wins last weekend at Watkins Glen and backed that up this afternoon here at Road America and the WeatherTech International Challenge with Brian Redman by also making a clean weekend sweep of things at this historic Wisconsin track.

Not that it was an easy run today for Thornton, who sat on the pole. He has serious competition from Meeker, who shared the front row with him.

“Cal didn’t read the script,” Thornton joked on the podium. “His car is fast, and in a straight line, he is as slippery as an eel.”

Meeker picked up his slipstream and got past him toward the end of lap 1, Thornton said.

Meeker led lap 2, but by lap 3 Thornton was in front again.

“Cal made it close. I watched him for a while, to see where he might be weak, and then I got around him” Thornton said.

The contest between Thornton and Meeker was not the only drama early in the race. On lap 1, Dan Collins (1982 Lotus 91/8) and Bud Moeller (1979 Ensign MN179) came together in Turn 8, with both retiring from the race and moving the rest of the grid up the leader board.

The order remained the same through the checkered flag.

“It’s just two weeks to California [the Monterey Pre-Reunion and the Rolex Monterey Motorsports Reunion]. I love Laguna Seca and the Corkscrew, and I’m looking forward to all of it.” Thornton said. 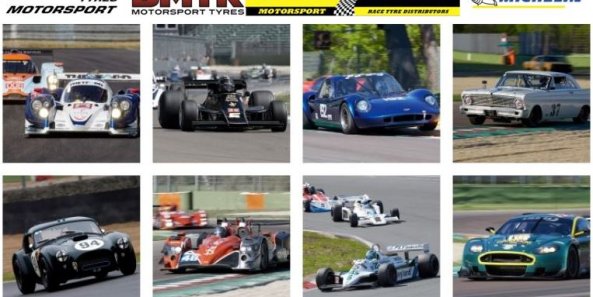 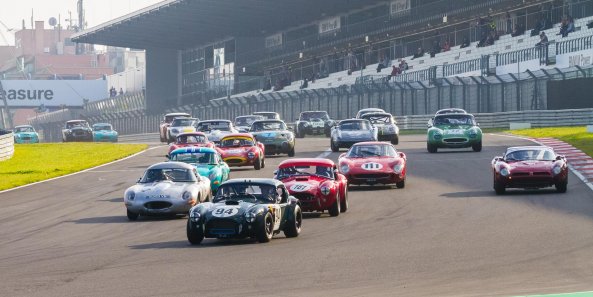 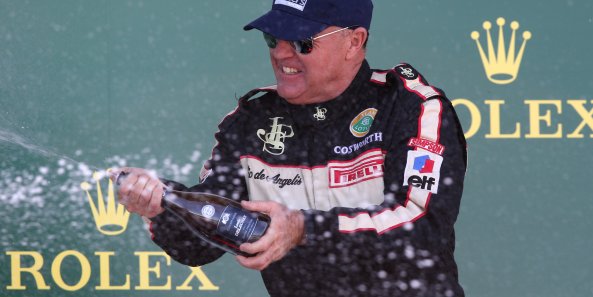