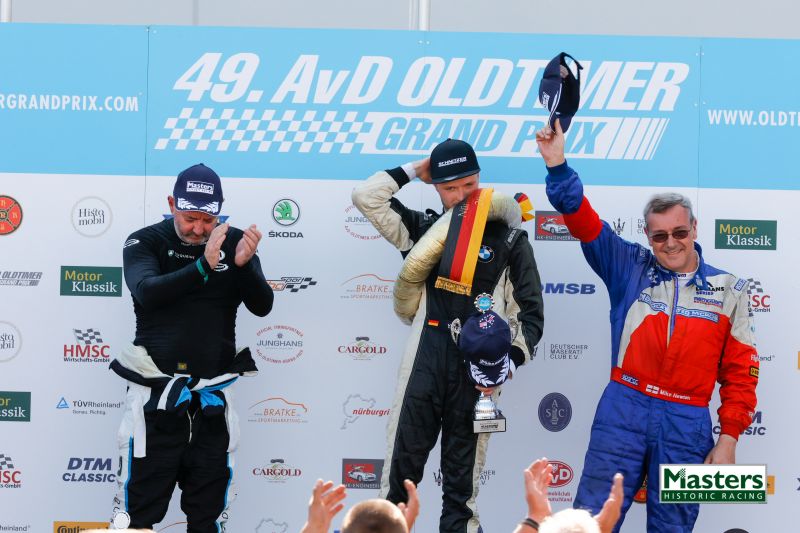 Yannik Trautwein took a sensational victory in the second Masters Endurance Legends race at the Oldtimer Grand Prix weekend, as the German gave his ex-Dempsey Racing Lola B12/80 a shock debut win in the series. Helped by the demise of that other local hero, Marco Werner in Chrome Cars’ Lotus-liveried B12/80, Trautwein headed home Stuart Wiltshire whose Ligier JSP2 initially pressured Werner but was vaulted by Trautwein at the stops.

“It’s amazing!” said a delighted Trautwein. “This is my first time ever in an LMP car. I only jumped into it in Thursday testing. Then we had an issue in first qualifying and yesterday in the first race another issue with the door – but at least I could use the rest of that race to learn. Today I struggled a bit with the cold tyres in the first two or three laps but then I got into a nice rhythm. I had a really great out lap, so I came out door-to-door with the others when I exited the pits. And then Marco had his penalty…”

“I was hanging on for dear life, really”, said Wiltshire about not being able to compete towards the end. “These conditions are just not for me. If they ever introduce an Arctic championship, I’ll be the first to enter that! There was more time in the car but I was genuinely at my limit.”

“I got a bit lucky with third”, said Newton. “I thought I would have to settle for fourth. After the first race my tyres were already well underway, and by the time of my pitstop today they were gone! But I plugged on because you never know what happens. And something did happen…”

Andy Feigenwinter did the GT double, his Porsche 997 GT3 again coming home first in class, this time in a magnificent fourth overall. Behind the Swiss driver, Ron Maydon decided the P3 class battle in favour against the similar Ligier JSP3 shared by Andy Willis and Stephan Joebstl.

“Another win, yeah!” said a jubilant Feigenwinter. “It was great, the pitstop was even better than yesterday, so it was absolutely perfect. I’m truly happy!”

Jason Wright took another second in the GT class, while battling with Gianluca Candiani’s Lucchini SR2, his Ferrari 458 GT3 staying ahead of Nick Padmore in Christopher Stahl’s Ferrari 430 GTC, who was held back by a drive-through penalty.

“I had more fun today”, said Wright after having had a lonely race the day before. “I raced the Lucchini for a while, and then I got into a great battle with Ron. I knew that I was racing the boss of Masters, so if anyone was not going to punt me off, it was Ron!”

“I really like these GT cars”, said Padmore. “I got a drive-through penalty, that was a bit of a bugger, but I really enjoyed it.”

Halfway into the morning of the Oldtimer Grand Prix’s final day, the Masters Endurance Legends field stormed off for its second race of the weekend, Marco Werner’s Chrome Cars Lola B12/80 taking the lead from Stuart Wiltshire’s Duqueine-run Ligier JSP2. Newton was third in his MG-Lola EX257, chased by Yannick Trautwein debuting his ex-Dempsey Racing B12/80.

After one lap, the top three ran nose to tail, with Trautwein a further three seconds adrift. Andy Feigenwinter ran fifth as the GT class leader, the Swiss hoping to repeat Saturday’s class win, as he was separated from his nearest rival – Jason Wright in the Ferrari 458 GT3 – by Andy Willis in the P3-class-leading Ligier JSP3 and Gianluigi Candiani in the Lucchini SR2. Behind Wright, Maydon ran second in the P3 class in another JSP3, with Nick Padmore tenth overall and third of the GTs in Christopher Stahl’s Ferrari 430 GTC.

At the front, Werner had slightly increased his lead over Wiltshire, an advantage that now amounted to 2.5 seconds, with Newton a further 1.5 seconds behind, as Trautwein began to close on the MG-Lola. Feigenwinter now trailed the leader by 26 seconds while continuing to be harried by Willis. At 40 seconds from Werner, another group had developed in the shape of Candiani, Wright and Maydon, as Padmore began to close on the trio. Behind them, Christopher Compton Goddard in the second 430 and Wolfgang Henseler in the Lotus Evora were in the wars, having made contact.

At the front, Werner continued to lead towards the stops, now some ten seconds clear of Wiltshire, but Trautwein had gained a place, leading Newton to be the first to pit. Meanwhile, Willis had vaulted Feigenwinter for fifth overall, the Swiss being the next to pit, followed by Trautwein and Compton Goddard. Candiani, meanwhile, had to take a penalty for not having his helmet secured ahead of the 1-minute board.

On lap 10, both Werner and Wiltshire pitted simultaneously, and with the German having to take his elite-driver penalty, the Briton resumed in the lead. As Padmore, Henseler, Compton Goddard and Stephan Jocher in the Porsche 996 GT3 RSR also took to the pits, Willis and Maydon were the last to stay out.

At the front, there wasn’t much in it between Wiltshire and Werner, though, and the latter was soon up with his rival, reclaiming the position going into the Mercedes Arena on lap 12. It wasn’t for the lead, however, as Trautwein had vaulted both of them! In the meantime, Maydon and Willis took their stops, Willis handing the wheel to Stephan Joebstl.

Trautwein initially held back Werner into lap 13, but was forced to give up when he was baulked by a backmarker. Behind them, Wiltshire’s times were slightly down on his previous level, and the Ligier had dropped away to a five-second deficit on Werner. Newton was firmly fixed in fourth, 36 seconds away, while in fifth overall, Feigenwinter had both hands firmly on the GT class lead. Joebstl was sixth but chased hard for the P3 class lead by Maydon. They were followed by Wright, Candiani and Padmore.

On lap 15, though, came the shock announcement that Werner had been slammed with a drive-through penalty for avoidable contact with backmarker Compton Goddard. The German decided to take it immediately, handing the lead to Trautwein, with Wiltshire following through into second. Werner returned eight seconds down on Wiltshire who himself now trailed the leader by seven seconds but going into lap 18, the German pulled off into the pitlane exit, elevating Newton up into third. Meanwhile, further back, Maydon had cleared Joebstl for the P3 class lead.

So at the front, Trautwein was safe for a shock debut win in the Lola B12/80, as the German was followed home by Wiltshire and Newton. Feigenwinter completed a double GT class win in fourth overall, with Maydon cornering the P3 class win from the rivalling Willis/Joebstl Ligier. Wright took second in the GT class, ahead of Padmore, Henseler, Jocher and Compton Goddard, while Candiani took ninth overall in his Lucchini. 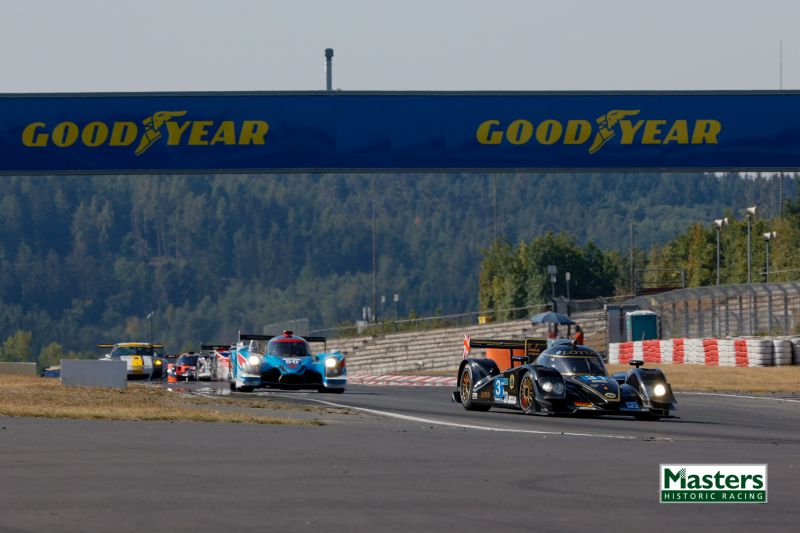 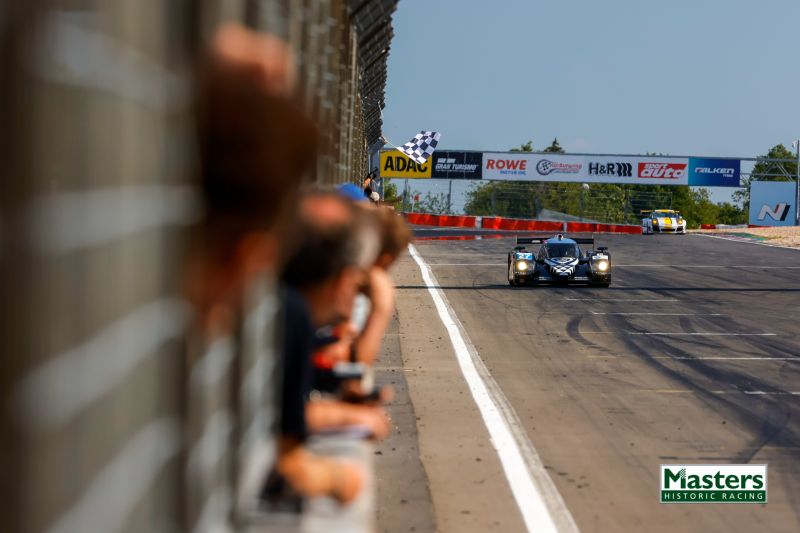 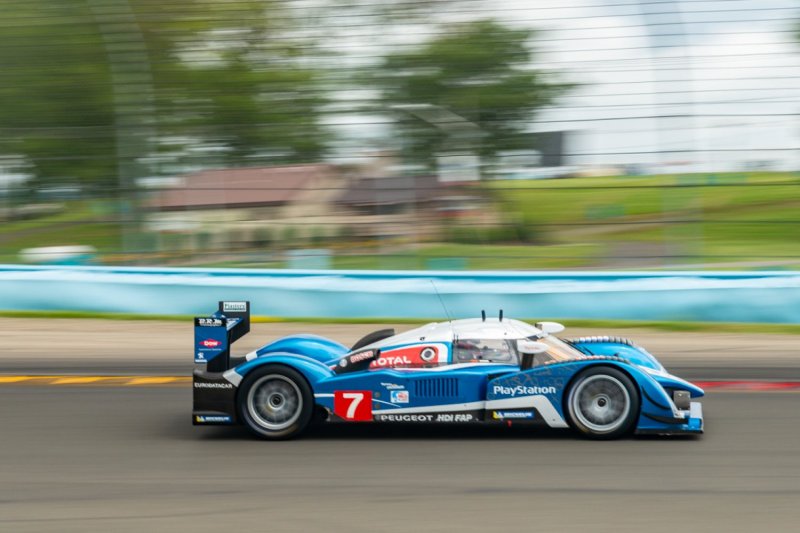