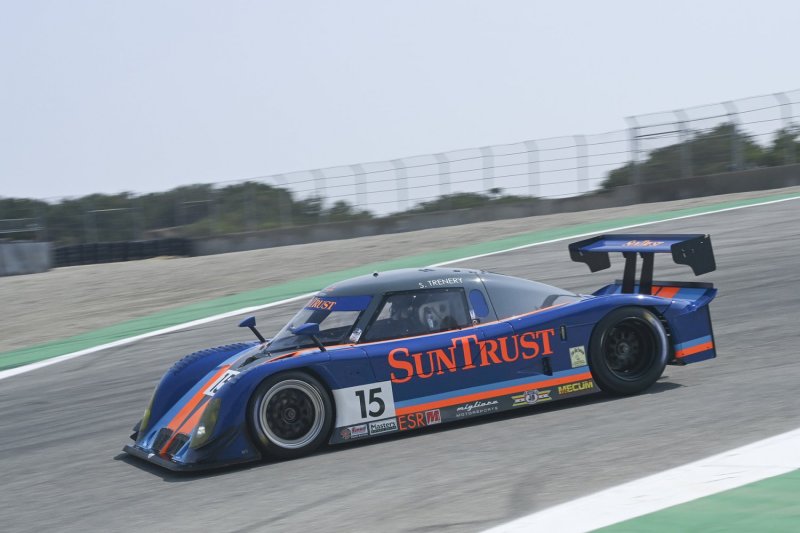 The Masters Endurance Legends run group hit the WeatherTech Raceway Laguna Raceway circuit for their scheduled Monterey Race at the Rolex Monterey Motorsports Reunion. Despite power outages that affected the local area this morning, the race got off without a hitch. Spencer Trenery took the overall victory while BMW works driver John Edwards topped the GT class.

Trenery's pole-sitting No. 15 SunTrust 2006 Riley DP was challenged early by pro driver Eric Curran, who made up ground in a hurry in the fourth-qualified 2009 Coyote Corvette DP. Curran posted the quickest lap of the race at 1:23.269 on Lap 7 and reeled in Trenery for the pass. However, the pace of the Visit Florida entry fell following the mandated pit stop, and the entry dropped to fourth position by the time the checkered flag waved on Lap 20.

Trenery pulled away for the win and was joined on the podium by Canadian driver Keith Frieser and home track driver Danny Baker.

"After some confusion with the pit stops and stuff, we ended up winning, which was obviously the goal," said Trenery. "That worked out great. The track was pretty clean. There weren?t any yellows during the event. You can tell that there is some talent among the drivers in the GT field. They are trying pretty hard and running close, so you have to be careful with those guys when you?re lapping. We got caught and passed by the Gen I Daytona Prototype with Eric Curran in it. It seems like they lost a bit of pace after the pit stop. We were able to retake the lead and cruised it home.

"In our experience, a set of tires for these becomes difficult to wrangle after about 50 minutes. We have about 35-45 minutes on these tires. We?ll put some stickers on it for this afternoon, go out, and have a good run there."

Wade Carter took the fifth spot in the quick No. 88 Riley & Scott Mk3.

"It's a great car," said Carter. "I've had it for six years and only get to run it about once a year since there aren't a lot of places to run it in the Northwest. To come down here and run it against different cars that are kind of contemporary cars like it is a lot of fun. This is my 10th time running cars at the Rolex Monterey Motorsports Reunion. My first time here was 1985 at the Monterey Historics when I was 14 and my dad was racing here. We used to joke around that this was our Christmas, because it was a family tradition that we looked forward to every year. Now I get to come down and bring my kids."

Following Carter was the No. 10 2005 Riley Daytona Prototype in which driving duties were shared by John McKenna and Ethan Shippert.

"It's awesome out there dicing it up with everybody," said McKenna. ?This car has great downforce, great acceleration, and lot of downforce. It gets plenty warm inside. They're plenty competitive, and we?re having a blast out there. I drove the first leg, and [Shippert] drove after the pit stop."

Travis Engen was the seventh and final driver to finish on the lead lap, after which some highly-competitive professional drivers battled for top GT honors. Edwards ultimately got the advantage among three entries from the BMW stable, winning the GT category and finishing eighth overall. Bill Auberlen finished just behind him, and Connor De Phillippi was third while earning quickest lap honors with a 1:27.974 time on Lap 15.

There was plenty of action among other GT cars in the field, including friendly but competitive racing between Florida-based Alegra Motorsports drivers Carlos deQuesada and Scooter Gabel. Gabel came away with the edge for the No. 13 spot while deQuesada finished one place behind.

"We talked before about racing against each other, and we're like, 'I'm not going to anything unpredictable,'" said deQuesada, "We're out there having fun and dicing it up. We're super careful. When we approach the slower cars, we totally backed off. I've been a participant at this race about eight times. It?s a phenomenal event with a tremendous variety of cars. It's always fun when you?re done racing to look around at the cars. Not to mention the weather is great and it?s one of the most beautiful locations in the country.

"We bought the car about three years ago from Don Winnington, and I had Jim Torres do the restoration. This is the first outing racing the car. It?s been amazing. We've been having a great time."

"This is pretty much my favorite car that I?ve ever driven, which is why I wanted it," added Gabel. "It?s a really nice, easy car to drive, and it?s fairly fast. If you're going to race for historic reasons, it's a pleasant, enjoyable car to drive. It allows for more concentration to navigate the traffic. It's not a twitchy, nervous car that consumes all your attention. It's easy to work on if I have to work on it."

The Masters Historic portion of the Rolex Monterey Motorsports Reunion will conclude with the Masters Endurance Legends Rolex Race later in the afternoon. 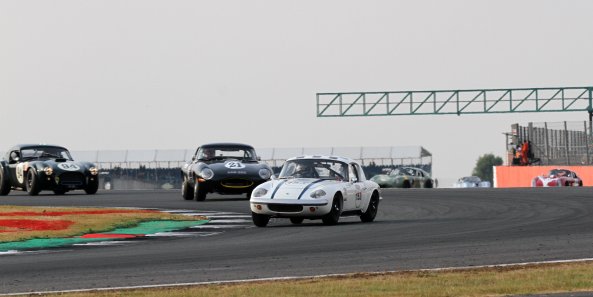 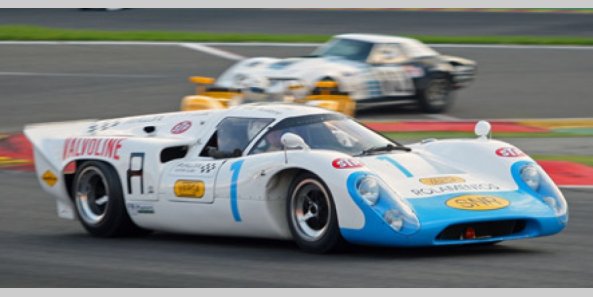