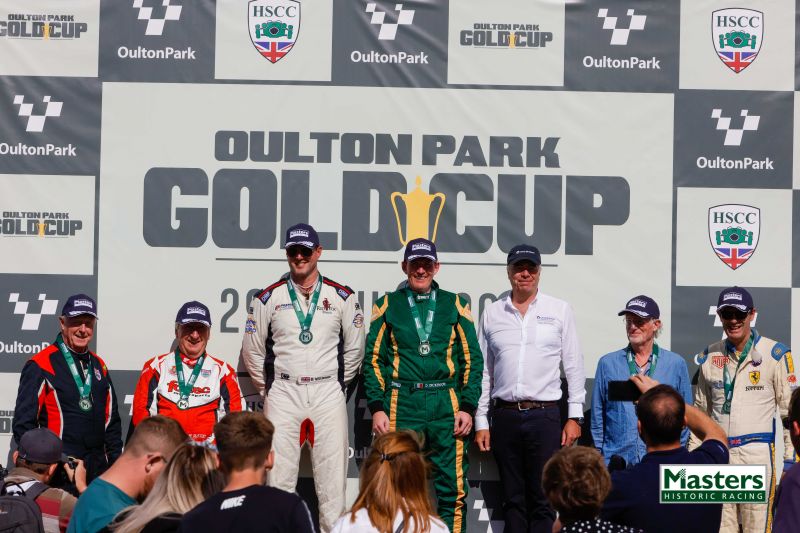 Dan Williamson proved untouchable in the one-hour Masters Pre-66 Touring Car race at the Gold Cup, as his Ford Falcon Sprint led from start to finish to win by 23 seconds. Running second at Oulton Park for a similar amount of time, apart from a short spell during the pitstops, David Dickenson was the convincing winner of the 2-litre class, his Cortina leading home the similar car of Richard Dutton/Neil Brown, as Brown in the end held off the fast-arriving Cortina of Nigel Greensall who had taken over from John Spiers at the stops.

Next up were five more Cortinas, Justin Law taking fifth ahead of Jason Minshaw/Mark Burton, Pete Chambers, Rod McGovern/David Maguire and Peter Smith. After a long fight, Law lost fourth to Minshaw in the opening half of the race but took the place back from Burton before Greensall came sailing by the both of them. Towards the end, Chambers nicked seventh from Maguire, having run eighth for most of the race. Meanwhile, Mike Gardiner’s Cortina faltered early on, denying Dan Cox a run in the car.

In the Mini class, Michael Cullen and Nick Swift were never more than a few tenths apart, at one time even passing the timing beam with 0.000s in between them, but Cullen was fighting with one hand tied behind his back, having been slammed with a five-second time penalty for jumping the start. The Irishman eventually won his battle on the road but was demoted to second once the penalty was added. Ron Maydon took third in class.

In a drastic change of weather after a wet first day of the Gold Cup, the sun was out for Sunday’s Masters Pre-66 Touring Car race. From pole, Dan Williamson powered away in his Ford Falcon Sprint, followed by a gaggle of Lotus Cortinas led by Dickenson. Next in line was Spiers, with Law and Dutton moving up at the expense of Mike Gardiner. Jason Minshaw was seventh ahead of Rod McGovern and Pete Chambers, in three more Cortinas.

In 11th overall, Nick Swift surged past Michael Cullen to take the Mini class lead on lap 2, while Cullen had to take another hit in the shape of a 5-second time penalty for jumping the start.

On lap 3, Williamson led Dickenson by five seconds, with Dutton now in third, ahead of Law and three seconds away from Dickenson in the lead Cortina. Minshaw had moved up into fifth, profiting from Spiers dropping down and Gardiner having retired his Cortina towards the end of lap 2. Now in tenth and 11th overall, Swift and Cullen were still trying to create one big Mini but the Irishman still had that 5-second penalty to cover. On lap 4, Cullen set his first step towards that by retaking Swift for the Mini class lead.

Ten minutes into the race, Williamson maintained his lead at five seconds while Dickinson was leaving Dutton behind at the rate of eight tenths per lap. Law in fourth was under pressure from Minshaw, with Spiers and McGovern forming another pair of Cortinas, and Chambers not far behind. In no man’s land ahead of the Minis was Peter Smith’s in another Cortina, but not the last one of those, as Stephen Mawhinney ran 12th ahead of Ron Maydon’s Mini.

Six laps gone, as the ding-dong between Cullen and Swift continued, the situation up front had stabilised, with neat five-seconds gaps between the first three. Minshaw was still threatening Law, and McGovern doing the same to Spiers. On lap 8, Minshaw pulled off the move to go up into fourth. On lap 9, McGovern made it past Spiers, as Cullen – who had lost the class lead on lap 8 – got back in front again.

With the pit window approaching, Williamson’s lead was 6.6 seconds while Dickinson headed Dutton by 4.3 ticks. Minshaw, Law, McGovern, Spiers, Chambers and Smith were the Cortinas that followed the class leader in second place, with Swift back to leading the Minis. Dickenson and Spiers were the first to pit, the latter handing over to the rapid Nigel Greensall, and soon they were joined by Smith and the two leading Minis. The next time around McGovern came in to hand over David Maguire, with Maydon joining him in the pits. On lap 15, Williamson, Dutton, Minshaw, Law and Chambers all dived in, Dutton changing places with Neil Brown while Minshaw made way for Mark Burton.

With order restored on lap 16, Williamson’s lead had gone up to 17 seconds, with Dickenson resuming in second place, holding a similar gap to Brown. Law now had to defend from Burton, while Greensall was closing in on Maguire. Chambers and Smith were eighth and ninth, as they were before the stops, while Cullen had Swift again knocking at his door, with Mawhinney close behind. Maydon was still third in the Mini class.

On lap 17, Greensall swiftly dealt with Maguire, but now had 17 seconds to cover before reaching the tail end of the fight between Brown, Law and Burton, now each separated by less than two seconds. At the front, Williamson looked safe, especially since Dickinson lost a massive 13 seconds on lap 18 and now had Brown chasing him just five more seconds in arrears.

Greensall was now the fastest man on track, and on lap 19, he had cut the gap to Burton to eight seconds, as Williamson remained in control out in front. Meanwhile, the Brown, Law and Burton group stretched out further and further, the intial two-second intervals now at five seconds each, as Greensall continued to close, finally pouncing on Burton on lap 21.

The leader now cruising to preserve his lead with ten minutes left on the clock, Chambers found a way past Maguire to move up into seventh while further behind Cullen and Swift performed a dead heat finish to lap 23 as they passed the timing beam absolutely side-by-side, with 0.000s between them!

On lap 24, Law was next to fall victim of Greensall’s pace, the two swapping places as Greensall had now 11 more seconds to whittle down to catch Brown in third place. Brown himself was seven seconds down on Dickenson and setting similar lap times, so Dickenson looked equally safe in second place as the leader did at the front. The real question was whether Greensall was capable of catching and passing Brown for third.

As the final minutes ticked away, Williamson completed a dominant run with a 23-second win over Dickenson, as Brown managed to stay away from Greensall’s grasp to snatch third overall and second in the Cortina class. Law was fourth ahead of Burton, Chambers, Maguire and Smith, while Michael Cullen won the Mini class on the road only to lose it to Swift because of his jump start penalty. Behind Mawhinney’s Cortina, Maydon took third in the Mini class. 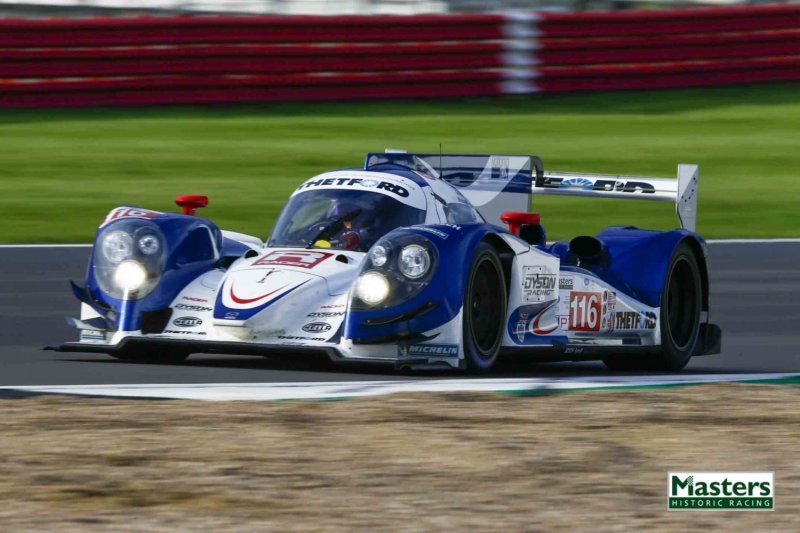